TV Shows Only You Remember

The other is Fridays , a knockoff of SNL in the 80s, but, you know, airing on Friday night. The only skit I remember is the men who hum between words.

I thought Fridays was hilarious, though the only skit I can think of was a ‘Driving While Deceased PSA’.

Guest-starring_Id reminded me that I saw King Crimson on the show. Now I’m wondering if there was another great band on a show. Manfred Mann?

I thought Fridays was hilarious, though the only skit I can think of was a ‘Driving While Deceased PSA’.

Does this bring to mind any of your favorites?:

This isn’t exactly an example of TV shows that no one but me remembers, but it’s something that I watched a little bits of on YouTube and was surprised to learn about. Did you know that there have been thirteen versions of Saturday Night Live shown in other countries? Have any of you watched enough of one of them to say how good it was?:

Saturday Night Live (also known as SNL) is an American late-night live television sketch comedy and variety show created by Lorne Michaels and developed by Dick Ebersol. The show premiere was hosted by George Carlin on NBC on October 11, 1975, under the original title NBC's Saturday Night. The show's comedy sketches, which often parody contemporary culture and politics, are performed by a large and varying cast of repertory and newer cast members. Each episode is hosted by a celebrity guest, wh...

‘Diner of the Dead’ sounds familiar.

Except for Ultraman, because that one was dumb.

Another similar show that I thought was pretty cheesy was Spectreman, which followed the same premise as Ultraman. Despite that, I thought they “turned it up a notch” for the final two episodes - Dr. Gori sends his flunky after Spectreman and then goes after the hero himself after the flunky is defeated. Yeah final showdowns are a well-used trope and your mileage may vary on Gori saying “You can’t teach and old monkey new tricks” but at the time I thought it was cool at the time. 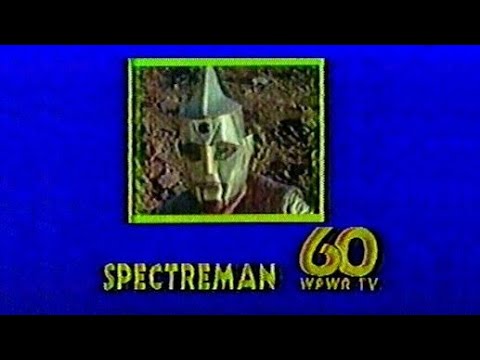 Another one I remember from before Spectreman was Space Giants with Goldar and Silvar. I don’t remember much about this other than the heroes transformed into rockets to fly and the villain’s ship looked like a flying saucer with Batman’s cape in the back. It had a cool intro though. 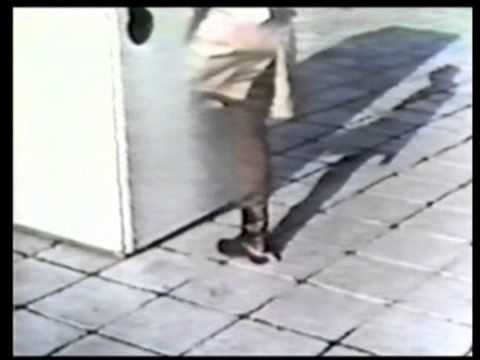 I remember Fridays. In addition to the Brotherhood of men who hum between words, they also did “Rasta Gourmet” and had Melanie Chartoff hosting their news segment. She was Tina Fey before Tina Fey. Oh, and they also had a segment with the Three Stooges as dopers (not Straight Dope dopers, but dopers)

Dynaman. Someone in the US got the rights to a Sentai series and comically dubbed it. I saw it on a UHF station once and it was also shown on USA’s Night Flight. 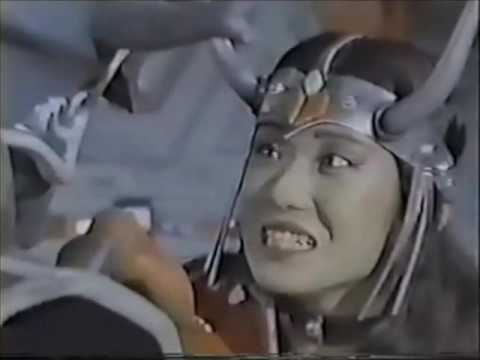 They made some new episodes of Danger Mouse from 2015-2019, with Alexander Armstrong doing the voice. They’re a little too polished to have the charm of the original series, but some of the new material is pretty good.

Coming back to say thanks for this. I had no idea it existed, and am now watching on Netflix. Only have watched 10 so far, but on average I like them even more than the old series. And Stephen Fry is in everything, isn’t he?

There was one Fridays segment I still quote from. They were ribbing televangelists with the platinum hair and shiny suits, but the object of their worship was cheeses, pronounced “CHEE-sus.” They were doing the body shaking and chanting “Oh ah feel the power of CHEE-sus coursing through mah veins” after eating a chunk of cheese. So, whenever I’m asked my religious affiliation, I say “Ah believe in CHEE-sus!” (at least when I remember to)

Fridays made me think of a short-lived Fox-TV comedy show – The Edge. Jennifer Aniston, Wayne Knight and Julie Brown were some of the featured players with filler done by Bill Plympton and his crazy colored pencil animation. I remember one recurring bit that always got a chuckle outta me: the announcer would say What (so-and-so) is doing RIGHT. THIS. MINUTE! An example: What ALF is doing RIGHT. THIS. MINUTE! Cut to an ALF doll tossed in a garbage can. A little later in the show: What Oscar the Grouch is doing RIGHT. THIS. MINUTE! Same ALF scene from earlier with a voice-over saying, “Hey! get this Bozo offa me. I can’t breathe in here!” A similar one with Cher and a grinding wheel wielding “plastic surgeon” got a laugh-out-loud from me. Lotsa sparks!

From Saturday mornings there was The Secrets of Isis. For the 20-something guys I worked with, the appeal was not the educational bits about Egyptian mythology, but the legs of Joanna Cameron

I remember that show, mainly because I was in the age group it was aimed at (elementary-aged girls).

I was watching one of those urban-exploration shows on You Tube, and one bed was made up in a “Puggles” bedspread. I didn’t remember that show, and rightfully so, because there are episodes on You Tube, and not only are they not good, it was one of those 1980s cartoons that was a poorly disguised 30-minute toy commercial.

From Saturday mornings there was The Secrets of Isis . For the 20-something guys I worked with, the appeal was not the educational bits about Egyptian mythology, but the legs of Joanna Cameron

One of my role-playing game groups has recently been playing a game called “Kids on Bikes,” which is inspired by movies and shows like Stranger Things, The Goonies, Stand By Me, etc. In our game, we’re playing a bunch of 12-year-olds in 1974, uncovering a supernatural conspiracy in the small town where we live.

The gamemaster has done a great job of finding pictures for the various non-player characters we deal with, including our teachers. He used a picture of Joanna Cameron to represent our English teacher – at first, none of us recognized who she was, but when he said, “O mighty Isis!,” we all went, “Ohhh, yeah!!!”

This barely lasted one season. I thought the son was hilarious. They had slurpee type drink called purple gurgle or something. David Letterman did a cameo when he was starting out. 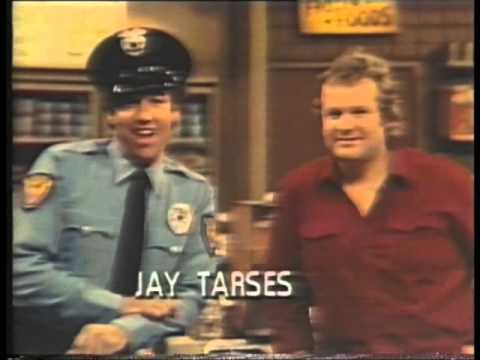 That’s a helluva lot of tedious exposition for a song.

I’d swear that was based on Open All Hours, a well-known British sitcom about a bumbling middle-aged guy running a convenience store, but Wikipedia says it’s not connected (at least not officially…).

Maybe some of our British friends can help with this.

I was in London a couple of times in the 1980s, and I remember watching, on my hotel room’s TV, a sitcom about two sisters. They had been wealthy due to being part of a wealthy family, and inherited a lot, but for some reason (stock market crash, perhaps?), they were reduced to near-poverty. They managed, without servants, and that’s what provided the comedy.

One episode I remember: they needed gas for the Rolls or the Bentley, or somesuch. They drive themselves to a gas station (no chauffeur, and they weren’t used to driving!), and expect somebody to run out and fill the tank. Only it’s a self-serve station, and when they are informed, from the clerk in the kiosk via the intercom, that they have to fill the tank themselves, spend the rest of the episode trying to figure out how to use a self-serve pump.

It made me laugh out loud. Do any of our UK friends remember such a show? If so, what was it’s name?

I’m tempted to say To The Manor Born but that’s just about one woman (played by Penelope Keith). Did she have a sister? She had a friend - maybe that’s what you remember?

When I lived in Britain (1976–77), there was a sitcom I laughed at called Mr Big. It was about a low-life con man (“confidence trickster”) whose equally larcenous family helped him scam his marks.

I remember one episode in particular in which he put on airs by adopting a French name, “Pommes Frites”: (“Fried Potatoes”): “Me friends call me ‘Chips.’”

I’m tempted to say To The Manor Born but that’s just about one woman (played by Penelope Keith). Did she have a sister? She had a friend - maybe that’s what you remember?

After looking at your link, I think that may be it. It sounds like the Penelope Keith character had a good female friend who I may have mistaken for a sister, and the car in the photo looks like it may have been the one they were trying to fill with gas. Let’s face it, you just don’t see cars like that pulling into the local gas station–it was such an unusual situation that I can remember it, all these years later.

Thanks for that; much appreciated!

It was about a low-life con man (“confidence trickster”) whose equally larcenous family helped him scam his marks.

Now that I think about it, this sounds a lot like the Bundys, just ten years earlier.