Was Stonehenge built inside a settlement?

Animistic religions find various random spots in the wild to be magical.

It wasn’t exactly a “random” spot. The current thinking is that the location had a natural geological formation that coincidentally aligned with the solstice.

It wasn’t exactly a “random” spot. The current thinking is that the location had a natural geological formation that coincidentally aligned with the solstice. 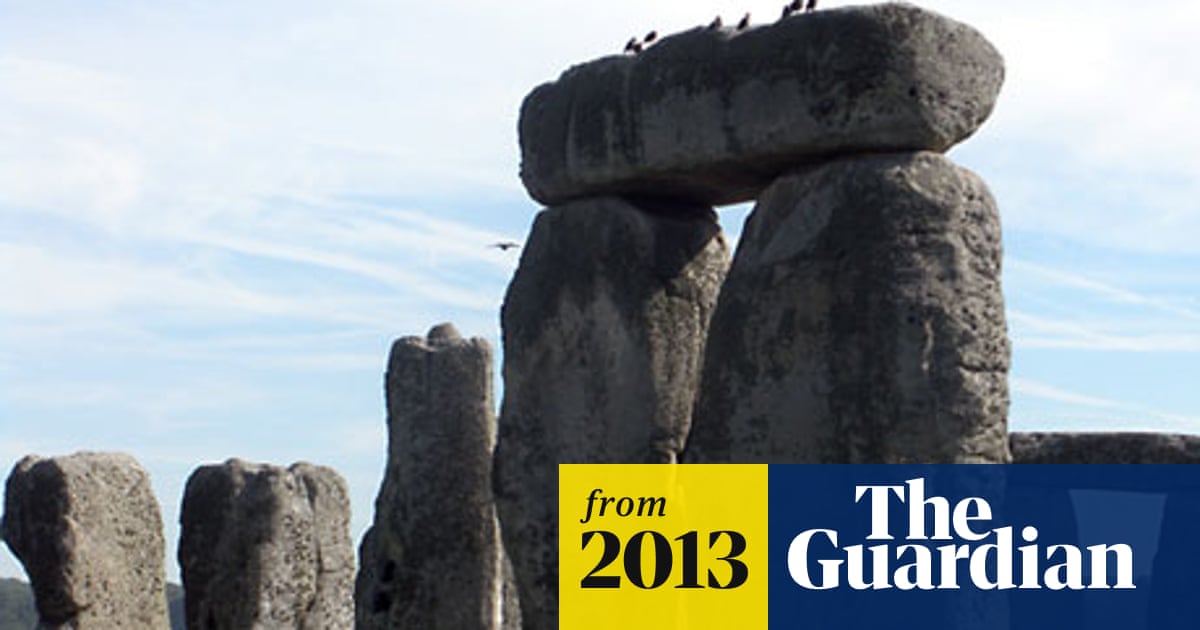 Not if you’re a pastoralist.

Except it wasn’t pasture land, at least that’s what I recall from the interpretation centre. It was forested land, with the Avenue coming through the forest to the henge.

I don’t think it was a random spot. For one, it’s close to a river…in fact, the broader processional structures used access to that river for other ceremonial areas of the overall site. Also, it seems to have been a special site going back to earlier people’s in the area (I recall reading something about it being a ceremonial site dedicated to great hunts of the past with respect to aurochs long before the first megalithic stone was put in place). That all might seem random to us, today, but it wasn’t random to them at the time…there were plenty of good reasons it was a ceremonial site to the people living there at the time.

Any choice of location will have some reason behind it, whether it’s that a particular rock looks like a face, the chieftain keeled over dead at that site from a stroke, there used to be a soft moss on the stones that was great for shagging and the shaman wanted to keep people from coming by an interrupting him with his ladies, or who knows what.

But, likewise, that’s not quite the same thing as “near a river” or “on a vein of iron ore” or whatever.

The people will settle near a river and - consequently - it won’t be too surprising that you would have a magical place by a river. But, likewise, if you look at Shinto, as an example, if you go out hiking you’ll find little stone god houses about a foot tall, in the middle of nowhere. You get closer to town and the shrines are bigger and more fancy.

We would expect the holy locations which are easier to access and build up to get built up more.

Shinto shrines might be very deep, going back a ways with many stages of Holiness. The further back you go, the older and smaller everything will be, on average. And, if you ask, they will tell you that each stage you pass through acts to shield the god from sin and pestilence. But, if you figure that people are lazy and don’t * really * want to walk all that far just to offer a prayer and throw some money in the alms box, it might make sense for a shrine to build towards the people and establish less holy (but still holy!) sites of worship that are still the “same place” but less of a PITA to get to.

Maybe you are clearing off sin and pestilence, maybe it was just a hassle to walk all the way up the mountain and that was a good excuse to build down. Of the two options, I’ll note that your average multi-tiered shrine is long not fat. The stages only protect the god in a single direction. Pestilence come come from the other 359 degrees worth of attack angle.

Stonehenge could, in theory, be the base of a path to the location that was originally the most sacred and holy site, back a mile or two. And then there was an old and feeble chieftain who couldn’t make it all the way, so the shaman did some fast thinking and discovered that there was a ley line connecting everything down the whole path from the holiest site to where they had built a nice little cairn marking the start of the path and, actually, it’s just as good as if not better to pray at the cairn.

They spruce up the cairn for the chieftain, maybe building a whole circle of stones to pray at, with the path to the holy site leading off from there.

Then, over time a few centuries, people forget about the most holy site and start putting more focus into really building up the cairn site and…

Obviously, all of that is just pontificating. But, we can note through recorded history a lot of shady practices, gods being swapped around for political reasons, people moving capitals just because the king prefers the weather in the other part of the kingdom, which causes the primary temples to move with him or the local gods of the new area to take primacy, etc.

Minus a written record or some truly compelling evidence, we have no way to know what the backstory is for Stonehenge to have been chosen. Even if we had a written record, that would just be the understanding that the people of that time has as to the origin.

But certainly if it seems like the answer is something that we can prove today then that’s probably not the reason. The grand majority of reasons for a place to have been selected will be completely unprovable. So if site 1 was chosen because it aligns with Jupiter and site 2 was chosen because there’s a rock that points towards the setting Sun on the vernal equinox and… Well, yeah, the might all be correct. But the great odds are that they are happenstances that allow us to have an answer today, rather than having to accept that we have no idea and no way of knowing.

I would be willing to accept that, on average, the size of a holy structure will be correlated with how accessible the location is. But that’s a different question from “why” that spot in specific was selected. And it’s a general rule, not an absolute.

Except it wasn’t pasture land, at least that’s what I recall from the interpretation centre. It was forested land, with the Avenue coming through the forest to the henge.

By the time the monumental works at Stonehenge was built, the forest had been cleared. That’s what the snailevidencesays.

When last were you at the interpretation centre?