What is the most successful, *non-Tech* company founded in America since 1980?

Are online companies all ‘tech’ companies, even if they don’t make their own tech? If not, Alibaba wouod be a good example, if it were founded in the U.S. Any similar US companies? . Amazon before Kindle and AWS, when it was just a giant bookstore and distribution organization.

Eh, I do consider online companies to be “tech” companies, at least for the purposes of this question. I can understand the semantical debate about, say, Pets.com just being a retailer with a web site instead of a store front, but for this topic… it’s a tech company.

When thinking “non tech” I was thinking manufacturing, retail, food and distribution, one which wasn’t primarily online to the consumer… i.e., your traditional ‘real-world’ industrials and services with factories and/or store fronts and/or physical offices.

I mean, Costco started in 1983, but they merged a little later with a competitor (Price Club) founded in 1976, but kept the Costco name. Would they count?

Yeah, there will always be examples at the edges. For this example, I would literally have to review the merger and subsequent history to find out what happened - did PC merge with Costco for Costco’s branding expertise, thereby doing little more than slapping the Costco brand on the PC operations? Then… no. In my opinion, if that is what happened, what we call “Costco” today is just “PC” with the Costco name.

However, if Costco just bought out PC to get rid of a competitor, with the Costco brass still retaining control of the merged company, then… yes. Costco bought out a competitor, merged the operations, and the Costco team was in control the entire time.

Again, for this example, the devil is in the details.

I dunno… Tesla feels like a cheating company, and like tech, somehow. But yes, they have a nice market capitalization. Round 1 million for every sold car. Guess that is doing pretty well indeed.

Eh, I do consider online companies to be “tech” companies, at least for the purposes of this question. I can understand the semantical debate about, say, Pets.com just being a retailer with a web site instead of a store front, but for this topic… it’s a tech company.

I disagree. Having a robust or even a primary online retailing presence does NOT make one a “tech” company.

What would you call Recchiuti Confections? They’re a San Francisco confectioner/chocolatier who has a brick and mortar location, but almost certainly does the majority of their sales online. Personally, I’d call them a food company, but by your description, they’re a “tech” company, despite only using technology as an enabler of their core business.

There are lots of huge, fairly new companies that aren’t well kmown because they are background ‘infrastructure’ companies. For example, AmerisourceBergen is a wholesaler formed in 1985, which now has revenue of $168 billion and has 20,000 employees. Gilead Sciences is a health care company formed in 1987, with 10,000 employees and $22 billion in revenue.

Here’s an article which lists companies started each year: 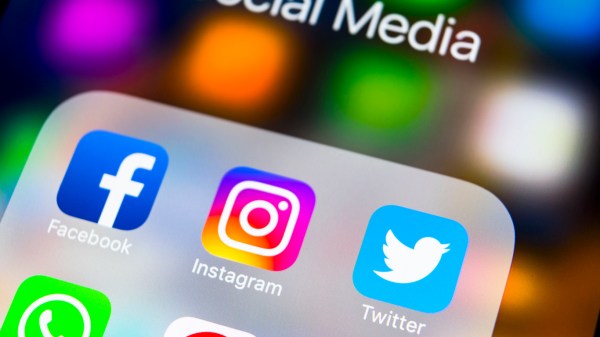 Biggest Company Founded the Year You Were Born – 24/7 Wall St.

Thanks to advances in technology  in recent years, a number of newer companies have achieved rapid growth and ascended the ranks of the Fortune 500. Amazon, for example, was founded in 1994 and now ranks fifth on the Fortune 500. Alphabet, which was...

I disagree. Having a robust or even a primary online retailing presence does NOT make one a “tech” company.

What would you call Recchiuti Confections? They’re a San Francisco confectioner/chocolatier who has a brick and mortar location, but almost certainly does the majority of their sales online. Personally, I’d call them a food company, but by your description, they’re a “tech” company, despite only using technology as an enabler of their core business.

I completely understand and appreciate the argument, but for this topic, the definition remains as such. And, of course, a retailer with store fronts which eventually migrated to a web-only presence can meet both definitions.

To your description, however, I would say that Rechhiuti probably qualifies as “non tech” as they apparently started with the store front before their website. It’s a bit unclear, however:

For example, AmerisourceBergen is a wholesaler formed in 1985,

AmerisourceBergen was built on a legacy of more than 100 years of excellence in pharmaceutical sourcing and wholesale distribution.

Yeah, the problem is that a lot of ‘new’ companies are spinoffs from older ones. As an example, NewsCorp which runs Fox News would fit into the category, but Newscorp turns put to be a holdjng company for News, Inc which was formed in 1923.

By that one, I believe Express Scripts would be the winner.

I don’t know if that still counts–they’re now owned by Cigna.

Tesla made more money selling emissions credits and bitcoin than selling cars in the first quarter of 2021. Here's how that works.

Again, SpaceX looks like a contender. It was built from scratch starting in 2002, and is now worth an estimated $74 billion. All of its revenue is gained the old fashioned way - selling transportation to orbit and beyond.

Space X is a surprisingly good answer - I had no idea they were that big.

SpaceX owes a significant slab of its perceived value to Starlink. Hard to make a case that doesn’t fall under the OP’s tech banner.
Given SpaceX is not publicly listed yet ascribing a value is hard at best.

I think a good litmus test for “tech” is “would this company exist, were it not for computers?”. Whole Foods would certainly exist: Computers probably make their logistics and such a bit more efficient, but they’re not an inherent part of their business. Recchiuti Confections would probably exist, but might be much smaller without computers. Amazon, however, would not exist: Yes, there were booksellers before computers, but Amazon’s fundamental business model wasn’t “selling books”, it was “selling books online”.

One can imagine an alternate history where Sears Roebuck stayed in business, and successfully migrated their mail-order catalog retail business into an online business. In this alternate history, Sears Roebuck might hold the same monolithic place in today’s business world that Amazon does in ours. But how it got there would be different.

It looks like Express Scripts founding in the 80s was through the formation of a joint venture between a 79-store pharmacy chain (Medicare Glaser Inc) and Sanus Corp. Health Systems; which I think would disqualify it under the OP’s rules.

Just going down the Fortune 500, the biggest company that I’m not sure clearly qualifies as “tech” that was founded in 1980 or later appears to be Charter Communications. The current iteration of Charter is the product of mergers in 1993, but the “origin company” of Charter, has its beginning in 1980 in a local Cable Operator founded by a guy named Charles Leonard. Apparently Charter’s official corporate historians like to present their history as beginning in 1993, and it’s quite hard to even find details about this early version of Charter (you can find some old newspaper clippings from the early 1980s in Michigan mentioning Leonard’s company getting a cable license to operate), and it appears after a few years of operation Leonard’s Charter started merging with other local CATV companies, eventually culminating in the larger merger in 1993 that formed the modern company. But at least in theory the origin company, which has become the 64th largest American company by revenue, started in 1980 as a local CATV company founded by Charles Leonard.

Another candidate if we decide Charter is “tech” or maybe doesn’t apply because of its murky history–Energy Transfer Partners, begun in 1995 by two rich guys who setup a 200 mile natural gas pipeline with 20 employees. This essentially is a “small business” founding story, especially in the pipeline industry where very large scale is the norm. Over the years since 1995 through organic growth and acquisitions, they’ve grown to be the 81st largest company in America by revenue, with over 10,000 employees and over 9,000 miles of pipeline under its control.

And were a spin off of United Health Group.

I think a good litmus test for “tech” is “would this company exist, were it not for computers?”

The problem with this is that it would eliminate pretty much every modern industrial manufacturer, all of whom extensively use computers, and many of which could not make the products they do without them.

I think a distinction could be made between companies that sell tech or tech services, vs companies that use tech to make or distribute traditional products. For example, I wouldn’t consider Fed Ex to be a ‘tech’ company, but it couldn’t exist without being heavily computerized.

Is selling over the web exclusively a disqualifier? Amazon used to be a pretty traditional retailer with warehouses, save that it used the web as its sales portal. Assuming Amazon had never moved into AWS or sold Kindles, would they still be a ‘tech’ company? And if so, woild that make Barnes and Noble a tech company if they also have a web presence? The distinctions start to get fuzzy. If Tesla only sold its cars over the internet, would it be disqualified?

I still think SpaceX is a top contender. Hell, they’re building rockets the old fashioned way - welding them out of stainless steel in the desert as God and Heinlein intended.

I mean Energy Transfer Partners is likely generating orders of magnitude more revenue than SpaceX, SpaceX’s valuation numbers are kind of “iffy” since it’s a privately held company not up for sale, versus ETP is an established public company with tens of billions in revenue and market cap.