What song seems to appear most in pop culture?

“Chukka-chukka…Ooooh yeah…” What the hell is that song called, and who is responsible for it?

“What I Like About You”, by the Romantics. Guaranteed to be part of some ad campaign somewhere in the world at any give time.

or the (semi-logical) Plagal Sequence/chord progression it follows at least. 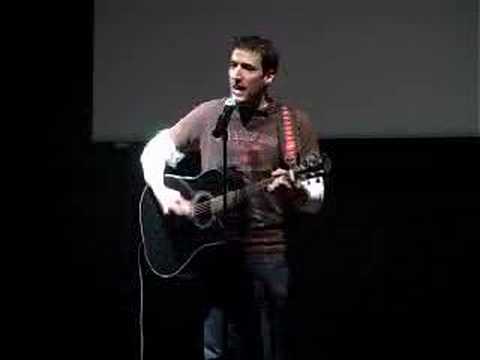 Seriously though, I agree with “All-Star” and “What I Like About You.” You cannot escape them. Evil Laugh

I feel like every SINGLE trailer for an “epic” historical movie uses the exact same Choir music - the choir usually comes in when there’s a really long overhead shot of a huge battle sequence. When will they quit with these goddamn cliches?

You’re probably thinking of Movement 13 of Carmina Burana by Carl Orff, Fortuna Imperatrix Mundi (Fortune, Empress of the World), commonly referred to as O Fortuna, which amusingly enough would only accurately refer to the first movement (O Fortuna, velut Luna translated as O Fortune, variable as the moon), which only includes the distinct choir chating a slightly dissonant OOOOOOOOOOOOOOOOO FOOOOOORTUUUUUUNA which the 13th movement has also, but the movement O Fortuna itself only consists of that small section and has an attacca (continue on without pause) marking leading into the much less recognizable (but still wicked awesome) Fortune plango vulnera (I lament Fortune’s blows).

What’s that one with the falsetto that goes “Woo hooo - woo-hoo hooo”? It’s often included in commercials where people are shown having goofy mishaps.

What’s that one with the falsetto that goes “Woo hooo - woo-hoo hooo”? It’s often included in commercials where people are shown having goofy mishaps.

Kill Bill was the first time I heard it…but Vonage uses it in their spots as well as a few other companies.

My nomination for most heard song in TV in the past year: Natasha Bedingfield – Unwritten

I liked the fact that a phone company (AT&T?) used “Better All The Time” by the Beatles in their commercials, while editing out the refrain that sings “It can’t get much worse”.

I would nominate “I Can See Clearly Now (The Rain is Gone)” simply because every recording artist in the world has done a version of this song. Every one.

In recent years, Lux Aeterna (youtube, it really starts picking up around 3:10) and Clubbed to Death (youtube) seem very overused, even if they are good songs. They are first associated with Requiem for a Dream and The Matrix respectively. I think I might have mentioned this before.

As for non-classical, I have to second Hallelujah. According to wiki it’s been used in:
Basquiat
Shrek
Lord of War
House, M.D.
The L Word
the O.C.
The West Wing
Scrubs
Without a Trace
Cold Case
Criminal Minds
ER
The Shield
Nip/Tuck
Crossing Jordan
Rescue Me
LAX
Lost
Roswell
Ugly Betty
Numb3rs
One Tree Hill
Third Watch

And several other movies and shows I’ve never even heard of.

Don’t forget Khachaturian’s Sabre Dance, as well as Offenbach’s *Can-Can * from Orpheus in the Underworld.

Heard it just last night. Man those guys, who had a career which was otherwise decidedly uncommercial, must keep laughing all the way to the bank each time they sign over the rights.

Heard it just last night. Man those guys, who had a career which was otherwise decidedly uncommercial, must keep laughing all the way to the bank each time they sign over the rights.

I had no idea what you were talking about until I pulled the song up on youtube, i thought this was from a commercial. I had no idea it was a song

Re overused songs anything by ZZ Top when the characters are getting ready to do something adventurous.