What's the point of the (US budget) debt ceiling?

The constitution requires that congress authorize the issuance of debt.

Before 1917, all spending came with a specific bond attached. There was no debt ceiling, because there was no “general” debt. If congress wanted to fund NASA, they would issue a bond specifically for funding NASA.

Is that what you want to go back to? I don’t know what the consequences would be, maybe it would work out.

If the Pubs filibuster every spending bill that has a tax increase attached, then the US won’t spend that money and we stay under the debt ceiling.

Trying to square that statement with reality is making it difficult to retain my hat atop my head.

Both parties are guilty of increasing expenditures without assuring corresponding revenue, seemingly without limit or any sense of culpability; raising taxes is at least an acknowledgement that any monetary system based on some kind of real value has to balance income and expenditure. Spending money on, say, a two decade-long war far in excess of income (and even cutting taxes in that period) obligates taking on more debt, which means having to raise any self-imposed limits to debt. Republicans being both opposed to increasing tax revenues and blockading increasing the debt ceiling are basically putting the government in a pointless, self-imposed bind for ‘ ideological’ (read: moronic) reasons.

There is, of course, the theory that you can just take on debt endlessly and it doesn’t matter as long as the economy is growing and ‘people’ are willing lend you money, which is essentially selling futures in the US (and global) economy. Since all non-standard basis monetary systems are essentially just government fiat and/or confidence schemes (Hello cryptocurrencies!) anyway, it is not an entirely irrational argument as long as no one else comes by and tries to knock down your house of cards. This is largely maintained by ensuring that everyone has a vested interest in seeing the system continue, e.g. globalization, and that US currency is the fundamental basis for global trade, with petrodollars being the classical example.

Or, as Paddy Cheyefsky put it: 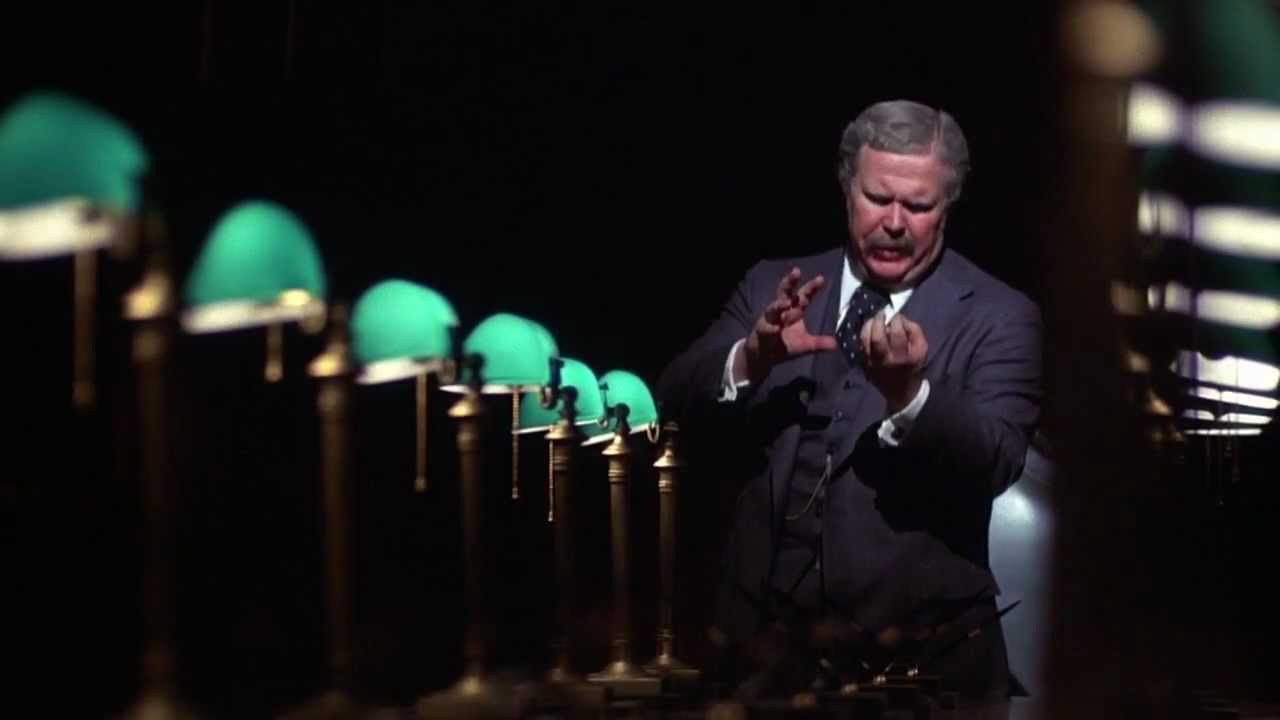 But more to reality, has it ever stopped any spending?

Yes. Back in 2011, the Republicans held the debt ceiling hostage and demanded spending cuts. This was at a time when unemployment was still really high and the US was still recovering from the 2008 financial crisis. The result was a slower recovery, worse economy, and higher unemployment.

This is the most worthless thing in US politics. First of all, it might be unconstitutional and if tested it might violate the 14th Amendment re: the validity of the debt. But more to reality, has it ever stopped any spending? Has any Congressperson ever gotten up in debate and said, “We shouldn’t spend this money or we will be out of money by October?” Doesn’t anyone keep track of how much money is being spent earlier in the year or make any effort to stay under the debt ceiling so that in let’s say July Congress can’t spend anymore in discretionary spending unless the ceiling is raised right then and there ? Do we honestly think that there will ever be a year where after both sides play their political games and maybe a week or two shutdown there won’t be an increase of the debt ceiling?

I posted about it in this thread, reposting because I think it fairly comprehensively answers your question:

Will the US default on its debt? Politics & Elections

It is a result of the constitutionally defined separation of powers–and no, the debt ceiling is not unconstitutional. Article I, Section 8, 2nd clause of the U.S. Constitution reads that one of the enumerated powers of the U.S. Congress is to: The executive is vested with no innate constitutional authority to issue new debt separate from Congress. The debt limit is actually an expansion of executive power. Historically it did not exist. Before its existence, every penny of borrowing done by…

The core reason we have this and most countries don’t, our constitution which was ratified in 1789 specifically says the legislature has the power to issue debt. Most other democracies budgeting and appropriations and taxing require legislative approval, but debt issuance is actually an executive function, often specifically by say a Minister of Finance or what have you (the terminology varies), but essentially the foreign equivalent of our Treasury Secretary usually as normal operations of their office issue debt “as necessary” to cover needs of the government. In those countries the legislature probably has some oversight and regulating authority on specifics of how the debt instruments work and etc, but they don’t have authority to approve or disapprove issuance, it’s seen as innate power of the equivalent of the Treasury Department of that country.

Basically we just have a very outdated way of doing it.

@k9bfriender I don’t see any reason that Congress couldn’t just pass a law that automatically raises the debt ceiling as needed. Congress can and does delegate its constitutional power: that’s what’s behind so many federal entities. For example, the Constitution gives Congress specifically the power to coin money and regulate its value, but they delegated both of those powers.

It’s not my preferred option. I would just prefer a law that said something like this: “Unless stated otherwise, all future spending laws shall authorize the Treasury of the United States to borrow as much money as needed to avoid defaulting on this debt.”

Remember, McConnell opposing raising the debt limit is him refusing to pay for money spent by Trump and Republicans (stuff he already agreed to in the past).

Yeah, it’s like trying to control your spending, not by being more frugal at the store, but by refusing to pay your credit card when it comes due.

One can also probably see this in light of publicv debt as a percentage of GDP: One source points out that it’s preferable to have the percentage below 60 pct: In this case, the ratio started soaring after 2008 and has remained high since.

This is notable because the same GDP is heavily dependent on the private sector which also has to pay for its own debts.

Finally, there’s unfunded liabilities, or future obligations that are not included in public debt:

The U.S. federal government is obligated under current law to make mandatory payments for programs such as Medicare, Medicaid and Social Security. The Government Accountability Office (GAO) projects that payouts for these programs will significantly exceed tax revenues over the next 75 years. The Medicare Part A (hospital insurance) payouts already exceed program tax revenues, and social security payouts exceeded payroll taxes in fiscal year 2010. These deficits require funding from other tax sou...

I think the value that time was around $45 trillion. See also, 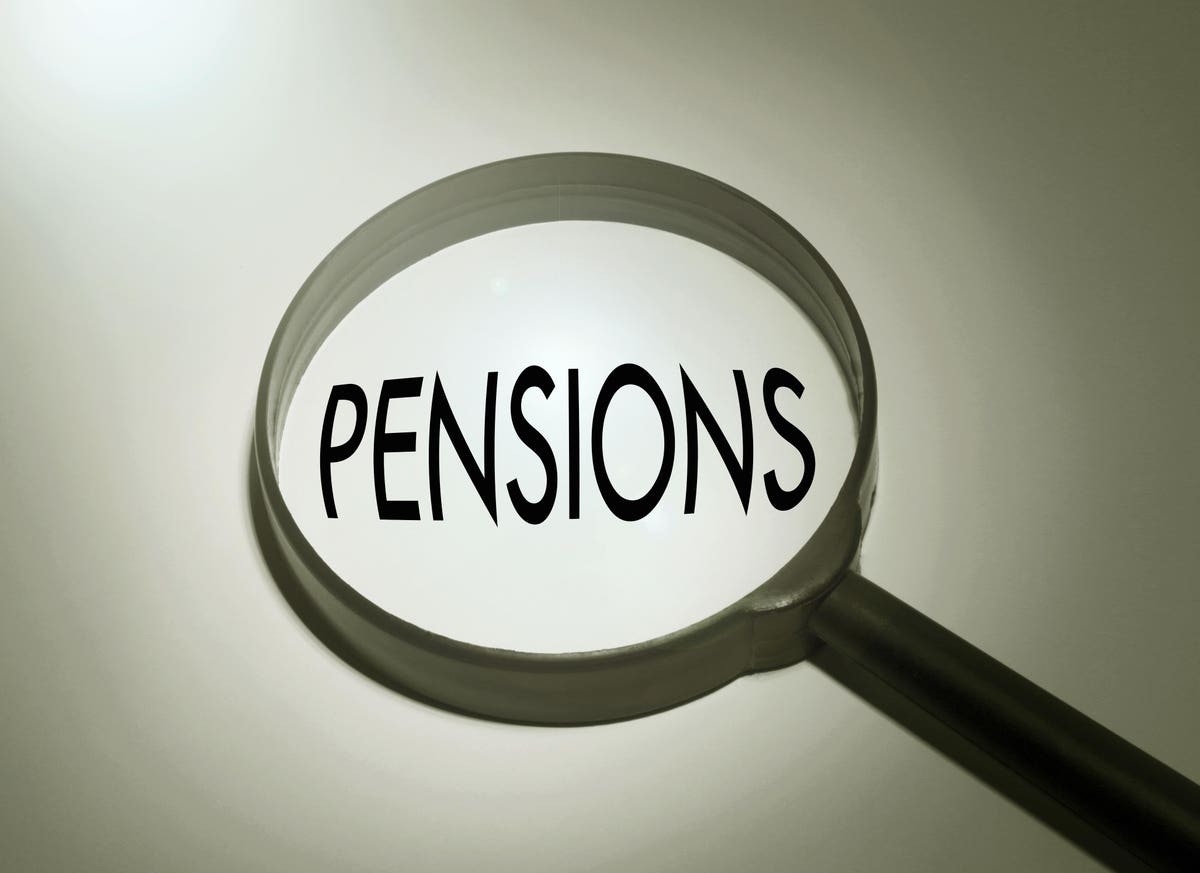 Your Pension Is a Lie: There's $210 Trillion Of Liabilities Our Government...

Again, to make this clear: Your Social Security benefits are guaranteed under current law, but Congress reserves the right to change the law.

But some argue that it might be as high as $200 trillion:

The implications, then, is that the country has been borrowing and spending heavily since the early 1980s, and with increased financial speculation leading to fallout after 2008, had to increase both further.

This doesn’t follow at all. The debt ceiling is a way of stopping the US from paying bills it has already accrued. All it does is put the US credit rating in danger, and if we ever actually defaulted, then our interest rates would soar, making the amount of debt outstanding much, much more expensive. If you want to somehow get that future spending under control, the way to do it would be caps on deficits (which is a terrible idea, but that’s another thread). Once you’re running up against the ceiling, it’s already too late – the money is spent, the bills are coming due.

The debt ceiling is a way of stopping the US from paying bills it has already accrued.

My point exactly. It’s like spending $12000 on a credit card with a $10000 and then demanding the credit card company needs to increase your limit $2000 because you’ve already spent it.

That doesn’t make intuitive sense because if you spend $12k, then you have indebted yourself to the tune of $12k. It would seem as if your “debt ceiling” had already been raised from $10k to $12k.

I imagined it as if you had a debt ceiling of $10k. You and your family decide to buy new living room furniture for $5k, new kitchen appliances for $5k, and a new TV for $2k, while at the same time saying that you will not raise your “debt ceiling.”

It seems that you have stated an impossible contradiction. You would either have to not spend some of that money or raise your debt ceiling. How does the federal government spend the money in the first place without raising the debt ceiling?

It may be needed to make funds available for other expenses.

My point exactly. It’s like spending $12000 on a credit card with a $10000 and then demanding the credit card company needs to increase your limit $2000 because you’ve already spent it .

Except in this case, you’re the spender and the credit card company.

How does the federal government spend the money in the first place without raising the debt ceiling?

Congress says, you’re going to spend this much on the military, this much on social programs, and this much on debt service (those three are by far the biggest parts of the government budget), but you don’t spend it all at once. Then, as you’re issuing debt to pay for the money you’re required to spend, the government says, whoa, we didn’t say you could issue that much debt.

How do you propose we get rid of it?

For a large portion of the last decade, there has actually been no debt limit due to temporary suspensions. In those periods, the Treasury was authorized to issue however much debt was necessary to make up the difference between revenue and expenditures. Just take one of those temporary suspensions and make it permanent.

That’s what I am missing. If you spent the money, you are in debt whether you “issued” the particular funding source to pay for the debt or not.

Of all of the ways to look at it, 3 seems the most absurd and unnatural reading and indeed an unconstitutional reading because defaulting on debt is something we are not permitted to do.

Congress says spend $10 on the military. Tax receipts and other sources come in, and during the year, the military orders $10 worth of equipment and paid for $8 so far. They have $2 more they have to pay, but there’s no more money coming in. So the US wants to issue debt, but is at the debt limit.

It seems to me that based on how Congressional rules work viz. you do not have to specifically Amend Something Previous Adopted (Robert’s Rules of Order and similar) to amend a previous law, that the mere act of passing a spending bill that puts us over the debt ceiling would automatically nullify the existing debt ceiling.