When did Spring Break become a thing?

I went to Catholic grammar school, so Holy Thursday, a food Friday, and Easter Monday for Easter a Break.

When I got to high school (mid sixties) we definitely had spring break, and lots of families went to Florida for it.

When teachers started making enough money to want to go skiing in Colorado during the school year. Before that, the only school break from New Years to summer was the 4-day weekend at Easter. In those days, summer break was a whole three months, with fewer breaks during the year. The teachers union demanded a school break, and of course the kids get those days off, too.

I was in college into the mid-60s, and I never heard of any spring break, other than the four-day Easter break, so it must have started sometime after that.

Around here in PR public schools still only have a 4-day (including weekend) Easter Break. Various church schools have between that and the whole week.

U of PR sometimes seems it’s anyone’s guess if they are on break or not.

In high school, we took a band trip during spring break, but it wasn’t until college that we made the trek to Ft Lauderdale with our peers to party ourselves senseless for a week. I went on spring break each of my four college years, along with most of my sorority sisters, and had some great times I barely remember. �� This was 1974 - 1977.

Was in elementary and secondary school 1960-1972. No spring break. Elementary school had a 4-day Easter weekend.

Firebug’s been in school from 2012 on. Every year except this one, they’ve gotten a week of spring break. This year, they have two days each side of Easter. (The state mandates that the Friday and Monday on either side of Easter weekend are school holidays.)

Spring break is about to become a memory for the Firebug. Gov. Hogan signed an executive order last fall decreeing that Maryland public schools wouldn’t start until after Labor day, and would still finish up their year by June 14. (He announced his executive order at Ocean City, MD, and - funny thing - Worcester County, where Ocean City is located, was up until now the only county whose schools waited until after Labor Day to start. It’s all about the tourism.) So now all the vacation will be in the summer, other than Thanksgiving, Christmas, and the two days at Easter.

I was in high school in the early 80s.

I was in a New York State public school system around the same time. We got a Midwinter Break in February and Spring Break in April; IIRC, the former was shortened if snow days were needed.

Oh, yeah: before middle school, we were 55 miles south of Chicago. That Illinois system didn’t bother with any midwinter break.

a few of us at work were talking about this over lunch yesterday. none of us (in the 40-50 year old age range) ever went anywhere over spring break, it was just time off from school. one of my co-workers was lamenting how her step-kids acted like they were entitled or just supposed to go to Myrtle Beach or Cancun for spring break.

I went to school in the 50s and 60s. We always had a week of “Easter vacation”, but it was never anything more than a week off from school.

The week prior to Easter was a planned week where school was closed. So 9 consecutive days off in the middle of the spring semester.

But it wasn’t a time when families or young people traveled to wherever for whatever. OTOH, I was doing this in SoCal and late March / early April is pretty nice there. The idea of going to Florida would never have occurred to most of us, and most of the Caribbean / Mexican Riviera hadn’t been invented yet.

By late college in the early 1980s there was some tendency for the more social folks to head down to some Mexican coastal resort for a fling. Far more people just stayed around campus or went home.
Nowadays in the airline industry we see that “Spring Break” starts in mid-March and runs non-stop to early June. It’s not that everybody has the whole time free for debauchery, but rather that some percentage of colleges and high schools are off each and every week throughout that range and they’re all traveling to a fun n’ sun destination for sex, drugs, rock-and-roll, and (if over 21) booze.

I think “Easter Break” was a thing in certain areas and a big no-no in others. We definitely had Spring Break waaay back when. Completely detached from any religious name or timing.

In high school, we had an Easter break, but it was no big thing (why travel to Florida when you could go to the beach every day by June?). College had a semester break (we were a trimester system), but most everyone went home.

Where the Boys Are bore no more a relationship to reality than Beach Blanket Bingo did.

The schools I knew growing up (1950s-60s Cleveland OH area) had a spring break of one (public) or two (private) weeks near the end of March. It was not connected with Easter except coincidentally.

Before I graduated my school had switched to trimesters where the winter trimester ended just before spring break so it became important that it occurred on a fixed schedule.

So. Ca High school from 1964 to 1967. We had a few semi local spring break destinations but I remember it being just one weekend. No time off.

I was in a New York State public school system around the same time. We got a Midwinter Break in February and Spring Break in April; IIRC, the former was shortened if snow days were needed.

I went to a NYC public HS from 1977-1981 , and in 1978 they started the midwinter break in February. Prior to that, I had attended a Catholic elementary school, which started the midwinter break at least a couple of years earlier. There wasn’t any decrease in instructional days , days off were just rearranged. It was started at that time due to the energy crisis- you could save more money/energy by shutting the schools down for a solid week than you could by closing for the individual days. Apparently, the week-long break in public schools was ended at some point and reinstituted in 1992 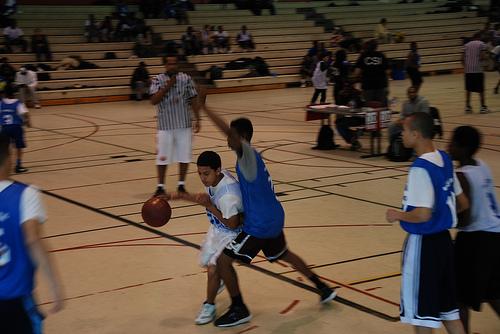 Like many other neighboring districts, New York City public school students and teachers are enjoying a week off for midwinter recess. The break started as an energy-saving measure in...

I started elementary school in 1982, and then attended several different public schools in two different states. We never ever got any time off for Easter (and this is still the case with local public schools: they neither get off even so much as the Friday before or the Monday after) but always got a week off in February and a week off in April. In college we had a week off in March.

I attended the public schools of L.A. from 1963 to 1975, and we always got a full week off at Eastertime. If memory serves, it was the week leading up to Easter. Given the modern trend toward starting the school year in the middle of summer rather than the beginning of fall, I doubt that this is still true.

After high school I attended two different UC campuses, where the quarter system was used. Even there, IIRC, they would try to schedule the winter/spring inter-term break over Easter week. To the best of my memory, although some people went on week-long trips to Mazatlan and other tropical locales, the phrase “spring break” denoted merely the break from classes, and not the trip that you might take during that break.

I remember spring break from grade school on, in Oregon, starting in the sixties. Our year had quarters, so it would have fit well at the end of the third, in early April, though I am not entirely sure that the whole urban district would have gone at the same time.