When you were a kid, what did you want but your parents wouldn't allow?

Everybody at school, it seemed, would spend winter weekends on the ski slopes. Monday morning talk in the schoolyard centered around who had tackled what hill at what ski place, and who had succeeded or wiped out in doing so. The kid with a broken leg from skiing was revered, as he told about the accident. And the more lift ticket tow tags you had hanging from the zipper on your parka, the cooler you were.

Ahh, I used to collect those. You’d leave them on your jacket until the end of the season. These days some of the resorts still have tags like that, only they are attached with a plastic zip-tie thingy and look like a parking ticket, and not the metal hanger you needed plyers to cut-off, with the colorful fold-over sticker with the date printed on it. Today you’d probably get an odd look if your jacket had one, since more real skiers have a season pass, which is magnetic and you just leave in your pocket, unseen. The only evidence someone’s been to the slopes is the raccoon eyes and a big smile.

It is expensive, tho. A large barrier to entry for sure.

And the more lift ticket tow tags you had hanging from the zipper on your parka, the cooler you were.

I still have one of those from the '70s (Breckenridge, CO). Now I want to find it and put it on the zipper pull of my parka!

Beatles haircut - our regular barber even had a sign advertising it

Heck, in Amherst Ohio you could not get into a basketball game with a Beatles haircut.

When I was in elementary school, you would be taken out of class and either forced to turn your shirt inside out or go home if you wore Simpsons merch. People forget, nowadays, the moral panic that parents had over Bart. My parents wouldn’t allow me to watch it, either, so I watched it on the small screen in their room when they weren’t paying attention. Eventually I convinced them to watch it with me, and they realized it wasn’t really so bad.

Still, I never got any Simpsons merch.

the metal hanger you needed plyers to cut-off

We used to call the wire things bails and they’re apparently also know as wickets. However, plyers is definitely wrong: pliers

People forget, nowadays, the moral panic that parents had over Bart.

I’m not disagreeing with you at all.
I’m just blown away that such things are written about a show that’s still on the air!

People forget, nowadays, the moral panic that parents had over Bart.

I had forgotten about that. And it was a big huge deal, too.

Here’s a Cracked article about it, complete with a contemporary video about the Bart Simpson moral panic. 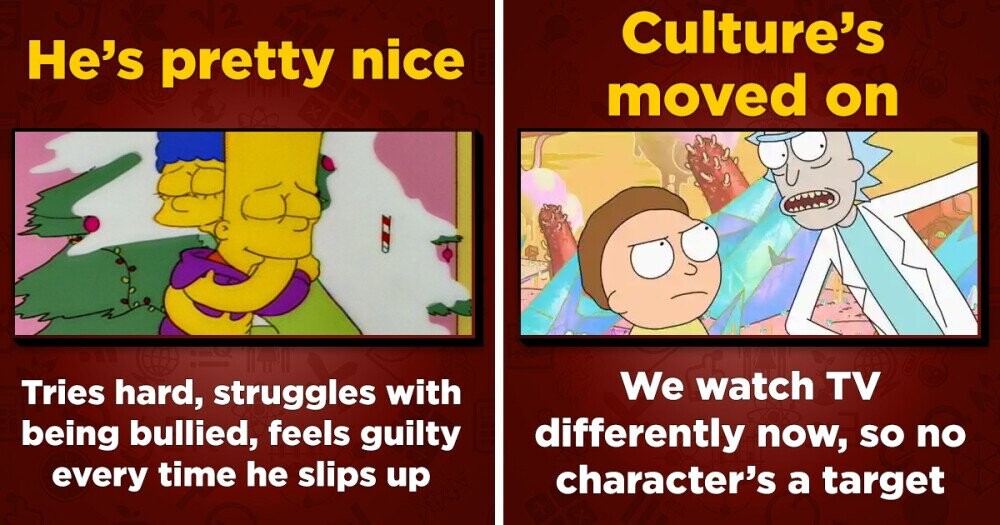 The '90s had some silly moral panics.

When I was in … probably late elementary school … my parents made me return my copies of The Anarchist Cookbook and Steal This Book.

But then they made me return all the tree climbing rigging and gear that I’d bought, and – to my way of thinking – that crossed some sort of line

I’m not entirely sure what my grand plan was, but I’m confident that my parents made the right choices there.

I wanted a cap gun and was told I’d have to buy it with my own money. Morally consistent and reasonable.

My father did have a monkey. It was not a success.

I wanted, and got, a RoboCop and an ED-260 [sic] action figure from the RoboCop animated series, but the caps they came with were promptly taken away.

When I was in … probably late elementary school … my parents made me return my copies of The Anarchist Cookbook and Steal This Book.

Steal This Book was our bible in middle school. Taping the side of a #10 brass washer so a payphone would think it was a dime? That was Stickin’ It To Ma Bell… !Viva la Revolutiòn!

Wait, you didn’t PAY for your book, did you?

(I was unpacking some old boxes and found the copy we passed around back in our Hippie Wannabe days… I think it was actually my friend Tom’s… hey! I stole Steal This Book!)

And conversely, we had Play-Doh but Legos were forbidden.

A camel. I was a pretty weird kid and I loved the idea of riding it around our large backyard. I thought it would look cool too, lol. But my parents were meanies and said no.

Me too! A camel seemed like such a good idea. We always had dogs, goats, chickens, ducks, geese, and guinea hens. And my grandparents lived just past our back field and kept a horse. What difference would the addition a camel make?

My passion as a kid was fishing. There was a decent creek and a few ponds nearby, but I really wanted to fish saltwater. We lived near Chesapeake Bay, so it’s not like we had to fly to the ocean from Omaha or something. But my father never liked fishing, and it never happened.

Thirty years later I found myself working in Houston, and deliberately increased my commute by moving close to Galveston Bay. Now I’m retired and fish three or four days every week.

A go kart or a mini bike.

Every one of the thick major catalogs (Sears, JCPenney, Montgomery Wards) had a page or two found somewhere in the hundreds of pages between the boys clothing and automotive tool sections that showed 70s era tweens all living the good life riding their mini bikes and go karts.

I don’t think I ever even asked for one, knowing full well that Mom would have immediately shut me down: too dangerous and too expensive.

I wonder if lawyers existed back then–there must have been thousands of tweens getting in accidents on their new Briggs-and-Stratton-powered toys.

I don’t even recall if they had helmets on in the pictures.

I definitey wanted a mini bike, but my parents rightly pointed out that they wouldn’t work for off road riding, and that’s all that was available on the farm. When I was a little older I saved and got a real trail bike, which worked very well on the farm. My dad even used it to herd cattle sometimes.

I never even tried for anything with an engine… my mom worried enough when I put a “leopard-skin” banana seat and Sting-Ray handlebars on my first two-wheeler.

Oh, and she felt the same about our homemade skateboards. This was the early 60s, so we didn’t know what to call them… “Sidewalk Surfers” was what we came up with. Yeah, they were just a board screwed onto the metal rollerskates you clipped onto your shoes. Probably went 2mph with those metal wheels.

A go kart or a mini bike.

I definitey wanted a mini bike

When I was 9 or 10 I saw the minibike in the Sears catalogue and fell in love (circa 1968). I forget how I got the money to pay half, but I ended up with the minibike.

It really sucked. The centrifugal clutch sucked, it slipped. The chain sucked, the master link would break hourly. It was awkward to ride. IIRC I ended up selling it.