Where were you during the most important historical events of your lifetime?

JFK Assassination - I was in 7th grade. They let us out early and I went home to watch Walter Cronkite with my mother.
Moon landing. I had just graduated high school, and I had a small party in my basement with champagne.
9/11 I had just woken up when it happened, being on the West Coast. I eventually went into work. My wife’s birthday, which is 9/11, got postponed.
But I think the event which is going to get the most space in future history books is the Pandemic, since it was worldwide in effect and effected the economy more than anything since the Great Depression. And I was right here for that.

Thought of a couple of others…

Fall of the Berlin Wall. I was in Grade 12, and I remember the news reports and real ecstacy and awe in older reporters’ voices as Germans took pickaxes to the wall. A friend of mine at school that year was an exchange student from Germany and returned home to a very different country.

Gulf War 1: I remember doing my homework and my dad calling from downstairs “It’s starting!” There was enough of a buildup that the war was a foregone conclusion, but that initial night bombardment of Baghdad was still pretty intense.

Though I hadn’t been a fan for well over two decades at that point, I’ll always remember the day Michael Jackson died, because it was the day I got my Aspergers diagnosis. I had the day off work for the assessment, which was an interview that took a couple of hours. The specialist’s report was basically “Well, duh!” I had suspected for a long time, but to actually have a label on it was an odd relief. I went to a used CD store that’s no longer there, bought a Paul Weller compilation, and went home. I had CNN on as I sat on the computer, still kind of dazed, and shortly therafter began many, many hours of helicopter footage from over the Neverland Ranch. It was a very surreal day all around for me.

Marilu Henner goes WAY into TMI territory when asked where she was. 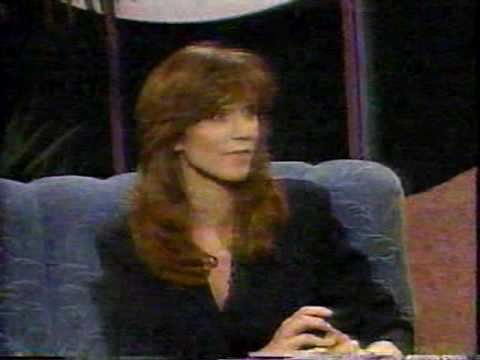 7 Dec 1941 - My friend and I were building dirt forts to defend against a Japanese invasion when my mother called us in to listen to the radio. Seattle Washington

12 April 1945 - Death of FDR - my mother had sent me to live with relatives because of Japanese threats to the west coast - Slater, Missouri

6 October 1957 - Sputnik - IBM 704 computer school Poughkeepsie New York. Students worked on the computers all night. At midnight we went out to see the Satellite pass over.

Moon landing: In our living room
Nixon resignation: Same
Reagan assassination attempt: High school typing class
Challenger explosion: Tennessee state house education committee office. The vice chair came into the office, slumped into a chair, and said “the space shuttle just exploded.”
9/11: On my way back to my parents’ house from picking up their mail.
Obama’s election: Couch in our (now my wife and mine) living room.
1/6 Riots: Ditto

I don’t know if I would call it an important historical moment in the vein of 9/11 or similar, but I vividly remember breaking news of the Columbine incident on television. I remember camera footage of people trying to scramble out of windows. I know school shootings are a dime a dozen nowadays, but at the time it was a really shocking event. I was 15 and it marked the point where I no longer felt safe at school. I had anxiety about mass shootings for a long time. Everybody has that one kid in school, right? One guy I went to class with, who kids called the Unabomber because of his penchant for hoodies and threats of violence, announced that he had a hit list of people in school he wanted to kill, and I reported to a teacher, whose response was something to the effect of, “Nah, don’t worry about him, he’s a good kid.” Different times, I guess.

For 9/11 I was eighteen years old and had just started college that week. It was morning Spanish class and someone came in to talk to our profesora. She said, “Hay una emergencia” and dismissed us all. It wasn’t until I got upstairs to my dorm room that I learned what was going on. My roommate was from Long Island and her father worked in that part of town, so she was shitting bricks. It was a stressful day, not the least of which is you really weren’t sure if the violence was over. And when the media suddenly switched over to this “A Nation at War!!!” narrative I really didn’t know if that meant we would all be digging trenches in the diag or what. I didn’t want to go to war, but it’s like the media decided for us.

I agree that 100 years from now historians will have a very different perspective.

If you are making a list of most important historical events then probably the top won’t be incidents that can be pinpointed to a singular moment in time. But that doesn’t mean events that resonated with people to the point they remember 50 years later exactly where they were will be deemed unimportant.

The pandemic may be the most important historic event in my lifetime. It’s not just a health crisis, it changed society, politics and the economy. We don’t yet know how far reaching the changes will be. There was no one shared pandemic historic moment. The story grew from some sporadic reports into something huge over time. I can’t remember when I first heard about Covid. Some random article somewhere. The closest thing I have to a start of pandemic moment is a poll on this board asking if Covid was going to be a big deal. I stupidly predicted it would fizzle out like SARS1 and only effect a relatively some number of people. The memory doesn’t resonate with me like watching the plane hit the second tower. And that memory is a shared experience with millions of others. That makes it important historically.

I can see your point. Covid may indeed stick in the collective memory longer than the 1918 pandemic.

On the other hand:

I remember the COVID pandemic clearly as a discrete event, because it was the same weekend we came home from the hospital with our newborn son. My Aunt was there for the birth, went home to spend a night with a relative, and then decided it wasn’t safe to return because of exposure to someone who had just been on a plane. Things went downhill from there.

For some major events (at least - to me) I can remember what I was doing the whole day.