Which Sport Requires The Most Coordination?

Wearing a teflon slider on your lead foot, sliding on ice while pushing hard and fast regularly with your other foot, while sweeping hard using both arms, while keeping up with the swept rock and avoiding touching any rocks, in tandem with your fellow sweeper who’s doing the same thing, but with a different dominant lead foot, and not bumping into that player.

I wear my gripper while I’m sweeping, which makes it a bit easier, and that does seem to be more common in four-person curling. Mixed doubles players often sweep their own shot, which ups the coordination a bit.

…lifting the 40+ lb rock in your dominant hand behind you and bringing it down and forward to launch your slide on your non-dominant foot,…

That’s old school. You still see a few players do it that way, but it’s much more common to shift your body weight back-and-forth and leave the stone flat on the ice. That’s the way I teach it.

I’m a curler, and I think I’d give the nod to basketball as requiring more coordination. Dribbling a ball while running, footsteps and bounces not in sync, and change speed and direction, is tougher to me than sliding and sweeping.

I’m going to second racing, especially F1. Not only can you die from one slight fuckup, but so could dozens of others.

I’m going to second racing, especially F1. Not only can you die from one slight fuckup, but so could dozens of others…

I don’t think that the intensity of the results of potential fuckups figure into how coordinated you must be to excel at a sport. That’s comparing apples and bananas.

Put me in the ice hockey camp. Or perhaps gymnastics.

Polo comes to mind. You need all the same skills as any other ball-and-stick game and you have to control a half-ton animal at the same time.

I don’t think that the intensity of the results of potential fuckups figure into how coordinated you must be to excel at a sport. That’s comparing apples and bananas.

Put me in the ice hockey camp. Or perhaps gymnastics.

For the record, although I mentioned the risks of motor sports, I didn’t cite them as an argument for answering the OP.

I’m still interested in a definition of “coordination” that can help us determine that answer. Without it, it could be that we’re mostly just naming our favorite sports. (I know I am.)

And then there’s chessboxing. I just discovered it and wanted to share-doesn’t quite meet the thread idea, I suppose.

I imagine you intended this for the Game Room, not Cafe Society?

Likely so. Many thanks.

There are many ways to define words, but since the goal is discussion and not lawyerly debate I don’t really want to further define terms where the general meaning is already well understood.

Quidditch, hands down.
And in real life, chess. You have to coördinate the action of up to 32 pieces simultaneously any of which could be a game winner any moment.

No mention of darts? Being able to walk about and throw darts after consuming huge amounts of beer, there’s coordination.

Is pinball still a thing in the USA? In my part of Europe there are almost no machines left, but that was coördination!

No mention of darts? Being able to walk about and throw darts after consuming huge amounts of beer, there’s coordination. 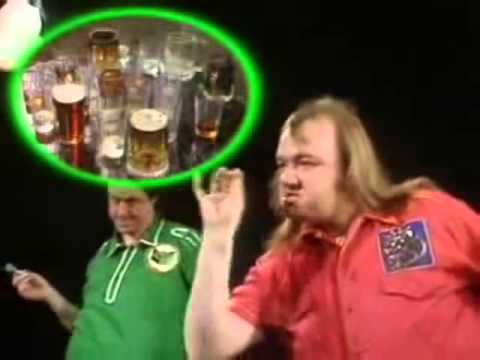 You can dunk easily if you have a trampoline or a short hoop.

Does that require coordination or just being really tall? We used to play basketball at the gradeschool playground cause the hoops were lower. Almost everybody could dunk.

It is remarkable how few athletes at a high professional level are able to switch sports and remain so. Not only because of skills but because of the twitchiness of muscle itself - not many people are great at both running long distance and powerlifting.

Myself, I used to be a fast runner but am now muscle bound and slow. And I don’t want to brag, but perhaps one indication of athleticism is how many other people you beat. In my very first race, I did really well, beating out over 300 million competitors. No longer a sperm, I’ve been unable to match that in recent times, sadly.

Hundreds of thousands, if not millions of ppl can slam dunk a ball. Only 20 ppl can race in F1. Maybe a few dozen more are even qualified to race competitively.

Coordinating funding is a kind of coordination, I guess.

Plus, the batter is using both hands to do the same thing, swing the bat, and is not moving - both feet are firmly planted.

You don’t keep both your feet planted through a baseball swing.

Yes, curling requires coordination, but come on, it’s not even the most demanding sport on ice. Figure skaters do things that are jaw-droppingly precise and cordinated.