Why did we start using "Ms" instead of calling all adult women "Mrs"?

It’s not my tradition - but when I’ve seen it , it wasn’t all adults who got Mr. or Miss Firstname. It was only familiar adults like the parents’ friends, in the same way that some people have their kids call the parents’ friends Uncle Bill or Aunt Kate, even though Bill and Kate aren’t actually the kids’ aunt and uncle. The unfriendly neighbor down the street or the teacher would have still been Title Lastname

Speaking for myself, it was such an easy and obvious solution to a real problem that I adopted it with alacrity the moment I heard it and have used it ever since.

Inasmuch as Israelis use honorifics - which is rarely - the general-purpose word “G’veret” refers to both married and unmarried women, of any age. Interestingly, while Hebrew has mostly replaced the old “Adon” with the English “Mr.” (pronounced “Mar”) for men, no similar adaptation was made for women, so “Mr. & Mrs. Cohen” would be referred to as “Mar & G’veret Cohen” (Written “MR & GV Cohen”)

There used to be very strict rules about using honorifics: a boy was called “Master” if he still lived in his father’s house-- he became “Mister” in his own right as soon as he moved out.

That’s why Alfred always refers to Batman as “Master Wayne” or “Master Bruce” - it’s his way of calling him “kid”.

That’s why Alfred always refers to Batman as “Master Wayne” or “Master Bruce” - it’s his way of calling him “kid”.

I don’t know Batman’s whole backstory, but if Alfred worked for Bruce Wayne’s parents back when he really was “Master Bruce,” it might have been a holdover from that. Apparently that really happened in some families.

On Upstairs, Downstairs, all of the servants who had been with the family for a long time continued to call the adult daughter “Miss Elizabeth,” instead of “Miss Bellamy,” and called the son, who was in the military “Captain James.” I wish I had real-life example, but people so rarely use honorifics outside of specific institutions, like the military, hospital, and universities, that there are few examples of people using them with children anymore.

During my years at an auto parts factory, I worked a few years as a janitor. For a while, it was my job to sweep out all the break areas. When I swept under occupied tables, I got in the habit of saying, “Excuse me, ma’am/sir, if you’ll lift your feet, I can sweep the floor under you.” After a few months of this, some women told me I should have been saying “miss” instead of “ma’am,” unless I was sure the woman was married.

I was nearly 50 at the time, and I had never heard that before.

One woman told me it was bad luck to sweep underneath a woman’s feet; it meant she’d never get married. Then she said she had already been married and divorced, and she didn’t want to get married again. “So sweep away!”

It’s sometimes used in working class British dialects, though it is somewhat archaic, and would be spelt phonetically as ‘missus’ (eg. <cockney>Excuse me, missus</cockney>).

Nowadays, you’re most likely to hear it in the phrase, ‘Oo-er, missus!’ (an exclamation used when someone makes a double entendre).

I met a woman a few years back who insisted on pronouncing Mrs. as “Missress.” I’d never heard that before, and I haven’t heard it that way since. I’m embarrassed to confess I told her she was saying it wrong. She stood her ground, though, and I don’t think she ever spoke to me again.

Eventually, slowly, I grew out of being such a prescriptive grammar not-see.

Yes, when I recall the feminist movement insisting on being allowed to choose Ms. as an option for address around the early 1970’s, there were plenty of media bits where the proponents emphasized it was pronounced “Mizz” or “Mzz” so not to be confused with “miss”.

Somewhat hijacky, but not worth a thread on its own: where is it standard to call strangers “mum”? I had to call a credit card company and the person who I spoke to kept calling me, not Miss or Mrs. or Ms. or Ma’am or Madam (or for that matter Sir), but Mum; clearly as a title, not as under any delusion that I’m her mother. It was entirely irrelevant to the call where she was or where she’s from, so I didn’t ask her; but I’m curious.

Her name wasn’t Elizabeth, was it?

I didn’t catch her name; but mine certainly isn’t.

I bet it was Peggy: 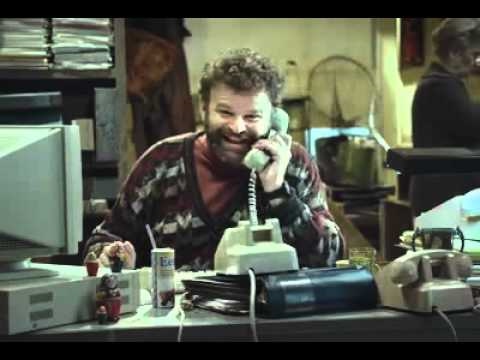 I bet it was Peggy:

No, she was actually pretty helpful. At least, I think she was; if it turns out the issue wasn’t straightened out after all, I’ll change my mind about that. But it’s supposed to be fixed.

That’s possible. She certainly had an accent that I’m not used to hearing, though I’m bad at accents and couldn’t say what one.

So if it was that she may have been either in or from England?

So if it was that she may have been either in or from England?

That would be my first guess, but I’m not really familiar with all of the varied accents of world English.

Early in the current pandemic I had a distraught Karen arguing about my business’s rules. She was a nut who I eventually told to GTFO.

At one point, while I was still trying to remain calm, I interrupted her screed with, “look, Ma’am “. She went absolutely apeshit over being called Ma’am. She started screaming that she was only 38 and I as obviously older than that.

I seem to recall watching an episode of the Mary Tyler Moore Show where Mary was distraught over being called “Ma’am,” because she took it to mean that she was getting old. (Or at least perceived that way.)

An elderly British couple used to run a frame shop I would go to decades ago, and the wife always called me something like mum or madam or m’lud – it was always kind of a muddle to me. I remember when I came back from a trip to England, and I’d brought in a rubbing I’d done at Salisbury Cathedral to frame. They were really excited (the wife called her husband out from the back room) to see the five pound note I’d brought back. They’d never seen one before!