Why no colored concrete?

Around here, a number of crosswalks on roads are made to resemble brick. I saw one being put in once: They’re made from poured concrete, just like sidewalks, except the concrete is reddish in color, and then they put the “brick” pattern in the top by pressing a die down on the surface.

I didn’t think this was actual concrete. We have this here, but just on the corners of each block, where they slope down to the street so there is no curb. But even tho they only have foot traffic, they wear down and lose the brick pattern in just a couple of years. And there doesn’t appear to be any aggregate in it at all, even when they crack down the middle, it’s just the red brick all the way down.

Thank you for the great info.

I believe you can count on almost everything I said . . . unless you are actually building high volume, high load roads. I may have been guilty of extrapolating solid knowledge into a realm where I am talking out of my ass-- err, I mean, less than authoritative.

I grew up in a neighborhood where the floors were color dyed concrete and I can attest they get hard as hell over fifty or sixty years. I also have experience and training with them from my adult life but only in buildings. I have only observed others build roads (and light rail beds) and never had access to the construction documents which includes the specs. The information about tie-backs linking different pours is accurate for sure (it is the same way we keep walkways from heaving or sinking when adjacent to foundations) and I have observed it in many civil contexts including bridges, roadways, and railbeds.

But adding even a small portion of dye to concrete may change the bonding properties of the cement within the concrete so the fact that it is a small volume would not be as important as a chemical analysis. For ordinary structural or architectural purposes the strength of concrete, even with dye added, is far above what is required. But in the world of civil engineering projects like damns and bridges and perhaps even simple roadways how well the cement bonds to the aggregate is a very big deal. Those things are usually over engineered like crazy because of public safety issues- but I have no specific knowledge of how adding color dye might affect those kinds of structures. It might cause them to be brittle, or to spall? Before a project like that was undertaken they would pour samples of the concrete containing dye and let them cure for twenty-eight days (at least dozens of them, maybe hundreds). Then they would bring them to labs containing huge presses and crush them to see if they are less robust than non dyed concrete. They may examine the samples before and after crushing them under microscopes and they would certainly make images of them which we always referred to as x-rays but I am sure there is better technology now. Many people in white lab coats examining things down to the molecular level was what they told us in both construction management school and architecture school. Materials that have been through the process are sure to perform as advertised we were told. And some of those samples would be stored forever in case of catastrophic failure in the future.

I can assure you that any patio, walkway, or slab of any sort with dye in the concrete far exceeds any building code requirements or real life use situations. (That is assuming you are not dropping bombs on these slabs at China Lake.)

Here is another example of how I overreached before:
Here in Arizona we have a seismic code, but no one has any idea what it says because it is always superceded by the building code. Our ground does not shift much so shear and moment forces for seismic are less than the building code requires. But in California seismic events are not so rare and often the seismic code requires straps and shear as well as limits on cantilevers the building code would never consider requiring. I also have no idea how wind forces are calculated for high rise buildings, I have never worked on one either in the field or in an architect’s office. (Sadly, that doesn’t stop me from dropping in some half remembered facts from a lecture back in school if the situation presents itself.)

I didn’t think this was actual concrete.

What would it be, then, cement without an aggregate? I’m pretty sure that’d be more expensive and less strong, for no good reason. It was definitely something poured as a liquid and then allowed to set into a solid.

What would it be, then, cement without an aggregate?

Around here, surface treatments like that are a mix of cement and sand, but (I’m guessing now) maybe a particularly sand, and possibly with a polymer mixed in with the cement.

What would it be, then, cement without an aggregate? I’m pretty sure that’d be more expensive and less strong, for no good reason. It was definitely something poured as a liquid and then allowed to set into a solid.

I’m not sure. I thought it was cement when they poured it. They did all four corners at my intersection at one time with a regular cement mixer truck. They prepped like they do for cement, smoothed it like cement. But it wears really quickly and soon loses parts of the brick stamping in the middle where people walk. If it cracks it doesn’t even look like it has rebar in it. It actually looks a bit like it was made with sand and a liquid that allows it to be poured and then set.

Sometimes brick patterns on paving are little more than thick thermoplastic paint, like what they use to paint the lines in the road when it’s first paved. For brick patterns it may be two layers, which can be thick and gloopy as far as paint goes, but it’s not like concrete. There’s some other surface treatments too, which may be more cement-like (epoxy perhaps?) but I’m not familiar with those.

It actually looks a bit like it was made with sand and a liquid that allows it to be poured and then set.

In other words, it’s not concrete; it’s concrete? I’m really not sure what you’re claiming, here. Cement is a binder, and almost never used by itself. Usually it’s mixed with an aggregate, some combination of sand and small gravel, to make concrete, which is both cheaper and stronger than pure cement.

I’m saying it has no aggregate to it, no pebbles, no rocks, nothing. It’s completely smooth. It does not wear like concrete, since it has only foot traffic on it, and not very much of that here in suburbia where no one walks anywhere except to walk their dogs. After a year or two you can actually see where people walk on it because the brick pattern wears away and it’s just smooth. It also often cracks due to the winters here, whereas the concrete sidewalks and streets they are bridging do not crack. If you look at a broken off piece, it simply looks like sand that has a binding agent.

That’s why I said when I saw them do the work I thought it was concrete, because it was poured and finished like concrete. But from the wear and tear of it, it can’t be concrete.

I used to work for a military contractor and we would use something like Quikrete (it may have even been that exact product, I can’t quite remember). Anyway it was like you describe; it was really smooth. We poured it out of a bag, it was like sand, and we mixed it with water in a bucket, then poured it, smoothed it, and let it set. Very quick and easy. I remember using it to put up signs; use a posthole digger, put in the sign pole, pour this stuff around it and hold the sign straight long enough for it to solidify a little, then if nobody messed with it, it would be all set. 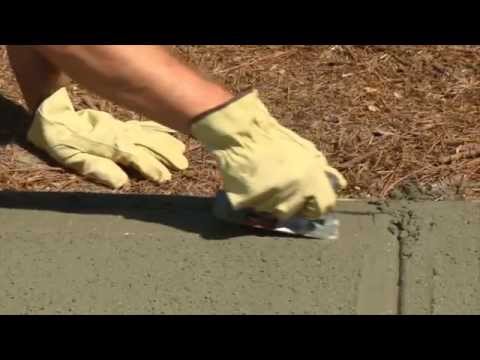 I’m not sure if this is like what you saw.

I’ve done a few small construction jobs over the years and we’ve used various cement mixes for different jobs including a floor poured with red die. I’ve also used an epoxy mix that had a resin, hardener, and a sand like aggregate that came in several colors. Very pricey as I recall and used mostly as a sealed surface for floors in cold, damp areas. This was decades ago so I’m not sure what they use today.

Highway 85! I believe the color is because the surface is made from local rock; the most prevalent throughout this area is red scoria, and it is EVERYWHERE. Most “gravel” roads out here are also red colored.

Local rock was my guess too; the highway is too remote for anyone to spend money to actually color the road out there.

Ive worked with colored concrete powders for a number of years, on small repairs and pours. Its very concentrated, so a little bit goes a long way. Very fine and difficult to wash off anything you get it on. I think if you add too “much”, by not following instructions, and trying to make the color darker or richer. it will weaken the strength of concrete. I still have a few lbs of black pigment, a little goes a long way with that color. It seems tricky to overcome the gray nature of concrete with any lighter colors though. Ive also used the top coating colored waxes and penetrating sealers. They are often splotchy when they dry, being absorbed at different rates, but seem ok for smaller areas.
I tried grinding up bricks to make my own brick colored concrete for a very small repair. Great idea but MUCH easier to just buy a small bag of it!!! 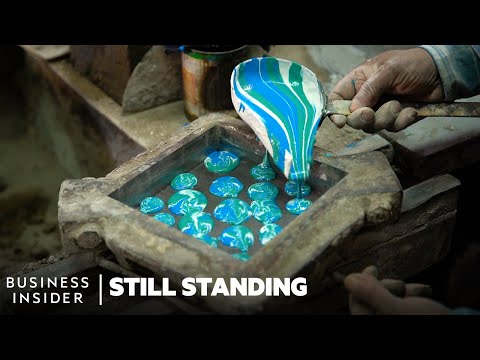 The siding on my house is dyed “fiber cement”. There are several different brands or manufacturers. Some use a cellulose fiber, but I think I recall mine has fiberglass in it. Some are only primed or painted on the surface, but others (like mine) are the same color all the way through, so chips and scratches won’t show. I supposedly will never need to repaint it, it is flame retardant, and it is impervious to insects and woodpeckers. To the best of my knowledge, it is made of cement, fine aggregate, fiberglass, and dye. It still looks pretty much brand new after 14 years.