Why were Italians discriminated against so harshly in the early twentieth century?

I’m currently reading the book Unbroken, which goes over the life of Louis Zamperini. Since he was Italian, he was often bullied by others in the neighbourhood, which leads him into trouble in his early years. This got me thinking, though - Why were Italians discriminated against so harshly in the early twentieth century? Was it because of their culture, their language, or something else entirely?

They were arriving in large quantities, impoverished (Italians who weren’t impoverished weren’t making ocean voyages to start a new life in the US, generally speaking), and (typically) not speaking English. Oh, and Catholic too.

Xenophobia, attitudes towards the poor, religious bigotry, hostility to folks who chatter away in some other language and don’t speak English.

Furthermore, as we were discussing in another thread a couple months back, there was a widespread perception among Americans of northern/western European descent that Italians simply didn’t count as “white”:

Here’s a 1916 industrial relations report illustrating the distinction that many employers of the time took for granted between “white men” and “Italians” :

Mr. Barnes: Now, Mr. Petersen, let us establish a couple of facts so we can go on. All of your men that you employ there that are not Italians, are white men? You employ white men and Italians?

This article discusses similar evolution of racial classifications of various groups of Europeans, illustrated by the contemporary quote in the article’s title, “A Slav can live in dirt that would kill a white man”.

Agreed, it was xenophobia and also occurred with Irish immigrants and other groups.

Prior to, oh, the 1950s, “white” in the United States pretty much meant White Anglo-Saxon Protestants. Irish, Spaniards, Italians, Eastern Europeans, and so forth weren’t “black” but they weren’t quite “white”, either. Rather ironically, even “Aryan” Germans weren’t generally considered quite “white” by the WASP Establishment for much of U.S. history.

Being Italian also correlated strongly with being Catholic, and there was a long history of anti-Catholic bias in America.

I’m a dark skinned Italian and had many an N word thrown my way as a kid, and that was in the 80s.

Here’s Founding Father Benjamin Franklin, who was widely considered to be the American intellectual and scientist in his time, on who counts as “White”:

…the Number of purely white People in the World is proportionably very small. All Africa is black or tawny. Asia chiefly tawny. America (exclusive of the new Comers) wholly so. And in Europe , the Spaniards, Italians, French, Russians and Swedes , are generally of what we call a swarthy Complexion; as are the Germans also, the Saxons only excepted, who with the English , make the principal Body of White People on the Face of the Earth.

I had a friend in HS whose father was second-generation Portuguese, and her mother’s family had been opposed to her marrying him, because as far as they were concerned, he was black (although that was not the word they had used to describe him, and this was southern Missouri in the 1940s).

They were one of the happiest couples I’ve ever known.

…the Number of purely white People in the World is proportionably very small. All Africa is black or tawny. Asia chiefly tawny. America (exclusive of the new Comers) wholly so. And in Europe , the Spaniards, Italians, French, Russians and Swedes , are generally of what we call a swarthy Complexion; as are the Germans also, the Saxons only excepted, who with the English , make the principal Body of White People on the Face of the Earth.

Yet the Irish, so pale you can see their organs when shirtless, are considered subhuman.

Largely just the latest wave. The previous wave welcomed having someone new to dump on.

Yes, a huge amount of straight-out bigotry were directed toward Italians. This, as indicated above, was part of the larger hatred toward “swarthy” people, including Mediterranean Europeans, Eastern Europeans, and Jews, three groups whose immigration numbers soared from 1890 to 1910

The context is important. After Darwin became accepted, the white elites anointed themselves as the superior race, the pinnacle of evolution that deserved all the privilege they had. We call this Social Darwinism, an offshoot of which became the eugenics movement. Eugenics, the improving of humanity, had two competing wings. One strove to increase the number of superior people; the other to decrease the number of inferior people. Virtually all big names in the period, who would not agree on any other issue, supported some variety of eugenics. Italians were always part of the inferior population.

Another consideration was that the political machines saw the numbers and took advantage of them. The Italians started to replace the Irish as a major force in politics. The machines were necessary because no governmental assistance existed and so provided food and jobs in exchange for votes. The flip side was the utter corruption of the machines, who enriched themselves and bought judges and politicians. The WASP elites fought back with “reform” governments, demonizing their enemies in ways we would recognize today. Anti-immigrant propaganda was a large part of their message.

They “won” with the passage of the 1924 Immigration Act, which drastically cut the quotas for Southern and Eastern Europeans.

Bigotry against the black population was always the very worst. But the bigotry against those who had darker-than-white skin was only a slight step better. It’s ironic that as Jim Crow progressed these groups became elevated to honorary whiteness as allies against civil rights for blacks. But it’s equally true that the “assimilated” immigrants, usually third generation, were so culturally indistinguishable from the earlier WASP immigrants that skin color became the only way to separate populations.

It wasn’t only skin color. Religion was a far bigger factor than it is today. Catholics, Jews, Eastern Orthodox, etc. were all discriminated against and considered ‘outsiders’ by the WASP establishment because of their religion.

It was a big deal when JFK became the first Catholic president.

I think that skin color and religion were both just excuses: They were discriminated against because they were Other, and then the discriminators looked for differences to point to.

To an extent, but it depends on what they considered ‘other’. Don’t underestimate religious prejudices.

Protestants like Scottish Presbyterians, German Lutherans, Swedes, Norwegians, and Dutch didn’t face anywhere near the same level of discrimination as Catholics like the Irish, Italians, Poles, Hispanics, etc. – or Jews.

Maybe a “chicken and egg” argument, but also remember that Italians were associated with vicious organized crime. There was a saying that the Irish settled arguments with their fists, the Italians - with knives.

As an example, the Mark Twain story “Pudd’nhead Wilson” had two Italian pianists who were accused of being assassins. Someone started a rumor and that was enough to discredit them in the story’s small town.

There was a PBS series about different immigrant groups. The one about the Italians even mentioned their having extreme emotions. As one person put it: “When an Italian hates you, he hates you from your gagootz (head) down to your toes.”

Here’s a different argument. For people from the North, Italians were seen as having an extreme “culture of honor”, similar to the one described here:

The traditional culture of the Southern United States has been called a "culture of honor", that is, a culture where people avoid intentionally offending others, and maintain a reputation for not accepting improper conduct by others. A theory as to why the American South had or may have this culture is an assumed regional belief in retribution to enforce one's rights and deter predation against one’s family, home and possessions. The "culture of honor" in the Southern United States is hypothesiz...

According to Tony Soprano, it’s because their names end in vowels. I couldn’t find it, but once heard an extended dialog between Tony and son about how they were discriminated against because of that.

There’s the theory of guilt–shame–fear cultures, but that doesn’t seem to be a consistent basis for prejudice.

Both Italians and Southern whites had shame cultures, but one was discriminated against, and not the other.

Irish didn’t have a shame culture, but they were discriminated against the same as Italians.

According to Tony Soprano, it’s because their names end in vowels. I couldn’t find it, but once heard an extended dialog between Tony and son about how they were discriminated against because of that.

Antonio Meucci invented the telephone and he got robbed! Everybody knows that! 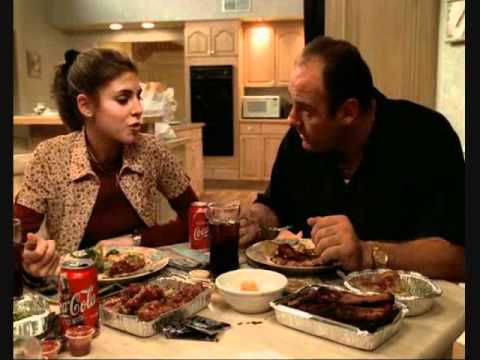