Why were Italians discriminated against so harshly in the early twentieth century?

I’m reminded of the father in “Breaking Away” admonishing his wife for the Italian food she’d prepared: “I want American food! Like French fries!”

For what it’s worth, pizza was considered a rather exotic dish in much of the U.S. until the mid-1950s. If you wanted to get it at a restaurant even in New York City, you had to go to certain neighbors with a large percentage of Italian-Americans. In areas of the U.S. with few Italian-Americans, you would have problems getting it there.

I had to go the neighbors? I couldn’t get it myself?

For what it’s worth, pizza was considered a rather exotic dish in much of the U.S. until the mid-1950s.

Indeed. I don’t remember when I first had pizza, but it was probably the late 60’s.

By the 50’s, however, at least where I was at the time (New York State about two hours’ drive outside the city), it was assumed that all children loved spaghetti. Which was sometimes a problem for me, because it literally made me nauseous. (My parents, luckily, were good at telling a kid who really couldn’t stand something from one who just wanted to get to dessert.)

to certain neighbors with a large percentage of Italian-Americans

AAAAAAhhhhhhh, I meant “to certain neighborhoods with a large percantage of Italian-Americans”.

For what it’s worth, pizza was considered a rather exotic dish in much of the U.S. until the mid-1950s. If you wanted to get it at a restaurant even in New York City, you had to go to certain neighbors with a large percentage of Italian-Americans. In areas of the U.S. with few Italian-Americans, you would have problems getting it there.

My father grew up in Jersey City looked at the back of the Statue of Liberty and the Manhattan skyline. He was born during the depression. I remember him telling me he was an adult before he had pizza. It was an exotic dish he had heard of but he thought it looked disgusting. Then he married an Italian. He got over it.

Today, if I get any reaction at all for being Italian, it’s that it is a cool thing.

As you should; Italians are freakin’ awesome!!

There’s a WWII submarine in Cleveland that’s now a museum. One of the things you learn on the tour was that the ship’s chef (an Italian) was very popular with the crew, because he made pizza, which they loved and couldn’t get elsewhere.

I suspect they couldn’t get much of anything elsewhere, what with being on a submarine and all.

They did face discrimination, at first, with practically word for word the same arguments they faced in the USA, however the percentage of Italians among the population soon got too high for that. Evidence remains in some linguistic forms like “Tano” (Napolitano) used informally to mean “Italian”, and the great number of italian roots in lunfardo (originally a criminal slang, now just part of the language we use).
I’m not sure about the maffia, I want to say yes we had it and yes they preyed on other italian immigrants (as practically every immigrant group has done in human history) but I’m not knowledgeable enough about that to be sure.

For what it’s worth, pizza was considered a rather exotic dish in much of the U.S. until the mid-1950s.

Yes. My father-in-law who worked in Manhattan had pizza in the early 1950s, when it was a bit of exotica - he didn’t care for it and didn’t expect it to catch on.

It was mind boggling to watch just how prejudiced White British were against them and how quickly the same people who were bigots against British Asians decided that they frankly preferred them to the newcomers. Less so (to me at least) how British Asians were down right racist towards the Poles, Romanians etc.

Leave it up to the Brits. I’m third-generation Canadian (all my grandparents were born here) and my mom’s side of the family is mostly Scots. Lowland Scots, mind you, from the Borders region. Very important distinction…she recalls her grandmother speaking with disdain of the “heelanders” which I find hilarious. My ancestors would have spoken Scots and not Scots Gaelic.

I study the Welsh language, and have had to learn to bounce between a few dialects. For a nation-state with half the population of London, only 20-odd percent of whom speak Welsh fluently, practically every town and village has linguistic quirks that seem to serve no purpose other than to distinguish themselves from those lunatics in the next dyffrin over. A hefty chunk of my vocabulary and sentence construction comes just from the Rhosllannerchrugog area because that’s where my teacher’s family were from, and some of my style of speech may get an askance look or two down the rail line in Llandudno, to say nothing of Cardiff.

Point being, as a species, no matter how just-as-pasty-white those folks over yonder are, we as a species will find a way to “other” them.

I thought that society always just marginalized, ridiculed, and shunned the latest group to arrive.

As for spaghetti, as recently as 1957 the Brits didn’t have much idea where it comes from. Here’s the BBC hoax. 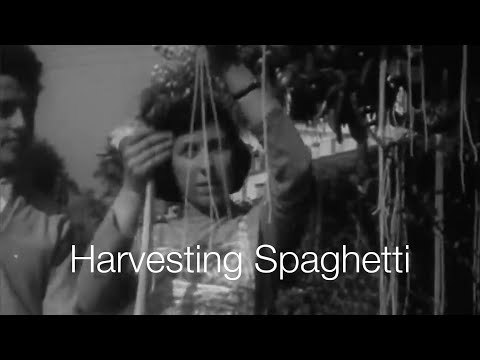 The other great destination for Italians in the 19th/20th centuries was Argentina. I’m interested how their experience there compared to the US. Lacking the same anti-Catholicism, did they still face discrimination? (Argentina lead the hemisphere in the extent it wiped out its native population, so somebody had to be at the bottom of society). Did the Argentine-Italians bring the mafia and prey upon other Italian immigrants there too?

Either I’m misunderstanding you or you are very wrong, Italian migration was far greater in Argentina than German migration was in the U.S., there are more Argentinians with Italian ancestry than without.
The saying “An Argentinian is an Italian who speaks Spanish and think he’s French” is pretty accurate.

Well, sure, but why would you even compare the absolute numbers?

One of the largest mass lynchings in US history was the brutal 1891 attack on 11 Italians in New Orleans. (Nor was this the only incident of lynching Italians.) It was, in fact, the incident that led to the adoption of Columbus Day in 1892: President Ben Harrison proposed what he intended as a one-time holiday to appease the outraged Italian government. (Italy was an important trading power and, to its everlasting shame, a colonialist power in Africa.)

An important fact that’s been overlooked here is that southern Italians were discriminated against because of their close association–geographically and socially–with Blacks. Northern Italians looked down on them as “uncivilized” and “too obviously African,” and here in the US

The penalties of blackness went well beyond name-calling in the apartheid South. Italians who had come to the country as “free white persons” were often marked as black because they accepted “black” jobs in the Louisiana sugar fields or because they chose to live among African-Americans. This left them vulnerable to marauding mobs like the ones that hanged, shot, dismembered or burned alive thousands of black men, women and children across the South.

The newcomers also chose to live together in Italian neighborhoods, where they spoke their native tongue, preserved Italian customs and developed successful businesses that catered to African-Americans, with whom they fraternized and intermarried. In time, this proximity to blackness would lead white Southerners to view Sicilians, in particular, as not fully white and to see them as eligible for persecution — including lynching — that had customarily been imposed on African-Americans.

[From this excellent, engrossing NYT article. Sorry if it’s paywalled.]