Why were the Bezos and Branson space flights so short?

Yes, it is a pain in the ass. Hence why so many rockets are moving to methane. Although the performance on paper is substantially less (closer to kerosene than hydrogen), if you consider the other advantages it’s generally a win. Hydrogen:

Methane on the other hand has nice density, a good performance boost over kerosene, is cheap, and has similar temperatures to liquid oxygen (so the tanks can be in thermal contact).

But Bezos’s little rocket uses hydrogen and oxygen, so its exhaust is essentially water. It has very little effect on the environment at all.

Somewhere I read that water in the stratosphere is not the best thing. Something about ice crystals and the ozone layer, but I can’t remember the details. Airliners put lots more water into the stratosphere, so I’m not worrying too much about the little bit that New Shepard added.

The YouTube channel Everyday Astronaut does a great job explaining a lot of this stuff.

Here is a good start. If you like that he has plenty of other videos which help take you down the rabbit hole of rocket science. These are long videos but if you like this stuff well worth a watch. While it is only Rocket Science-101 (if that) it is a good start: 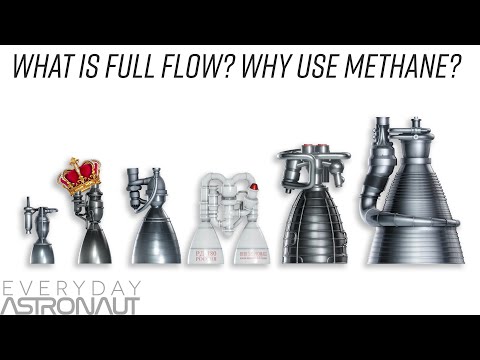 Yeah, EA’s vids are quite good. Layman level but more accurate and detailed than most videos I’ve seen (there are some channels out there with pretty glaring errors).

Scott Manley has some good stuff too.

I should note the discussion on the benefits and drawbacks of various rocket fuels starts at 20:30 in the video.