These are taken from a brief even-to-me-stupidish post here. Better people on this board, for sure, to chip in. If you want.

The article unaccountably has “five” in the hed. Snark about the F-35 perhaps.

Air travel is getting worse as the days go on.The food is not like it was before and the seats are small and uncomfortable.Long flights.

I know person who had long very long 14+ hour flight!! He could hardly walk after!!

The problem is fuel. It is very costly.It not going to get better it is going to get much worse.The concorde was cancelled because it was too costly.

The big problem is fuel of why it so costly.

Air travel is getting worse as the days go on.The food is not like it was before and the seats are small and uncomfortable.Long flights.

Once upon a time, airlines were more heavily regulated. It was harder for start-up airlines to get into the game. Fares were regulated to provide a fair profit for the airlines. Two of the goals of the Airline Deregulation Act of 1978 were to increase competition, and to reduce air fares.

Let me digress. When people drive their cars, they usually imagine the cost per mile is the cost of fuel. If gas is $3.25 a gallon and your car gets 40 miles per gallon, then it only costs 8¢ per mile. There are other costs involved that people never consider: Interest on the loan (if any), tires, oil changes and other routine maintenance, insurance, parking… The list goes on. OK, now let’s look at a Cessna Skyhawk. It burns a less than 10 gallons per hour, and let’s say avgas costs $6.00 per gallon and you go 130 miles per hour. (Wind is ignored, as are other factors.) It costs you $60/hour to fly, or around two bucks a mile. But the actual cost is almost double that when all of the other expenses are taken into account. Fill the seats, and the price comes down.

The point is that there are fixed costs and variable costs to operate an airline. Deregulation did indeed increase competition and reduce air fares. A plane ticket today costs a bit more than half of what it would have cost in 1978. Lower ticket prices push airlines closer and closer to the break-even point where revenue meets the fixed and variable costs. The margins are razor thin. There Ain’t No Such Thing As A Free Lunch. Something has to give. Free lunches, for example. Airlines have to save costs wherever possible, and find revenue wherever they can. You can’t have '70s-style comfort and amenities nowadays. Airlines have to fill every seat; not because they’re greedy, but because the have to so they don’t lose money. They have to reduce the number of flights so that they can fill every plane. They have to stop serving meals (at least to Economy Class). They have to charge for things that used to be included with the ticket price. It’s all about Freedom. Why make people pay for things they might not want? With the new à la carte system, people only have to pay for the extras they want. I fly with one bag. Why should I pay extra for my ticket because someone wants to take two bags? The downside is that cheaper air fares make it possible for more people to fly, flights are crowded (made worse because airlines put more seats into each aircraft), the number of flights is reduced, and things that once made flying pleasant (or at least less unpleasant) are not available or cost extra.

But there are more airlines now, and ticket prices are much cheaper than they used to be. The Piper still must be paid, however (pun intended

). Since consumers are unwilling to pay with cash by paying higher ticket prices, we must pay by accepting discomfort and inconvenience. Fuel is definitely a cost that factors into the equation; but the real problem is that there’s too much competition, and that results in ticket prices being too low to support the standards that were once taken as granted.

Not that any of that has anything to do with the subject at hand, of course.

I think the Me 110 has to be in here. Not that it was soo terrible, but that it just couldn’t dogfight , and the Germans thought it was going to be the solution to the Me109 having such crappy range. This arguably caused them to lose the battle of Britain.

The Buffalo was just out of it’s period.

I think the Defiant also has to go on the list.

the mig-23 at least had all-around capabilities. how come no one’s mentioned the mig-25?

the mig-23 at least had all-around capabilities. how come no one’s mentioned the mig-25?

Because we’re all blinded by speed? Because it scared the crap out of Western analysts until they got a hold of Belenko’s plane? I dunno, anything that can intercept an SR-71 (if this account is to be believed) can’t be all bad. From it:

Swedish air defence had a vantage view of these aerial manoeuvres. On their radar screens they could see the much older but faster MiG-25 screaming in towards the Blackbird. Shortly after the MiG-31s had harried the SR-71 in the Arctic area, a lone MiG-25 Foxbat stationed at Finow-Eberswalde in the former GDR would intercept it over the Baltic. The Swedes observed the SR-71 would always fly at 72,000 ft and the MiG-25 would reach 63,000 ft before completing its stern attack 2.9 km behind the Blackbird. “We were always impressed by this precision, it was always 63,000 ft and 2.9 km behind the SR-71," a retired Swedish Air Force flight controller told Crickmore.

Nothing like the infamous ambush on 3 June 1986 where 6 MiG-31s made life interesting for an SR-71 over the Barents, but not chopped liver either.

My vote for the OP was the LaGG-3. Anything called the “varnished guaranteed coffin” couldn’t have been good to fight in. The Defiant was the first one that came to mind on reading the headline though.

This week, the five best bombers of all time.
and the subsequent discussion on LGM.

I think some mention should have been made on the Lancaster with its ability to carry the ‘Tallboy’ bomb.

No other aircraft could carry it, and the concept itself has been very influential in the design of bunker buster bombs.

Those particular bombs were used on very high value targets, but it does have to be said that air superiority was also a requirement for their effective use.

It was the Lancaster that effectively rendered the fixed V2 installations useless and did the same to the U-Boat pens at Brest, sunk Tirpitz, and destroyed a number of important railway viaducts - especially important in the run up to D-Day and the months following. These bombs certainly helped to solve the problems of precision strikes since direct hits were no longer necessary.

I would have left out the Buffalo and subsituted the Avia S-199, a Czech-built knockoff of the Bf 109 that apparently was an utter pig to fly. Best known for having been Israel’s first fighter aircraft, they had a nasty reputation for trying to kill their pilots during takeoffs and landings, and their career in Israeli service was only about nine months.

Although not meeting the minimum of 500 built, the Vought F7U Cutlass is worthy of note for 25% of all airframes produced having been lost in accidents, apparently due in part to marginal power, I’m guessing a highly undesirable feature in a carrier-based aircraft.

This week, the five best bombers of all time.
and the subsequent discussion on LGM.

As of now, tiny typo in hed. Will be fixed, I hope.

This week, the five best bombers of all time.

Why the Ju-88? It was not a bad aircraft by any stretch, but it seems entirely arbitrary as a 5 best pick; one could as easily have picked the He-111 or Do-17. At any rate, the author is clearly a moron for not including the Tu-2 in the list of 5 best bombers. Name me one other bomber that ever had 88 machine guns mounted in its bomb bay. Forget practical, look at it and tell me it isn’t the coolest thing ever.

I know the Russians loved them, but what did they know?

Finns got 477 air victories with just 44 of those things. Putting such a plane on top of list of crappy fighters seems wrong to me. From Wikipedia:

I have a copy of The World’s Worst Aircraft.

I have a copy of The World’s Worst Aircraft.

I think I recognize the one on the cover. Is it the one that had to take off and land vertically, with no way for the pilot to see behind?

Yes, the Convair “Pogo”. It never entered service so I don’t think it qualifies for the list.

The MiG-23 was a bad fighter but it made a pretty good close air support aircraft (and spawned the MiG-27, which by all accounts was very effective in CAS).

Yes, the Convair “Pogo”. It never entered service so I don’t think it qualifies for the list.

That’s just the cover photo. There are plenty of bad fighters in the book that actually did see service. (The book is worst aircraft, not ‘fighters’.

The MiG-23 was a bad fighter but it made a pretty good close air support aircraft (and spawned the MiG-27, which by all accounts was very effective in CAS).

I haven’t re-read the thread, but I’m sure the P-39 must have been mentioned. Not a good fighter, but the Russians liked it as a ‘tank buster’. There was a Bob Stevens cartoon showing a P-39 blowing up a Panzer, with the pilot saying something in Russian. At the asterisk: ‘Translation: Man, what a can opener!’

Johnny you of all people should know that the P-39 as a tank buster is a misconception. The cannon was low velocity and the Russians were supplied mostly with HE rounds not AP; it wasn’t going to kill any tanks.

On the Eastern front it was used mainly as a fighter and was quite effective in that role at the lower altitudes that those air battles took place. Below 20000 ft it had comparable performance to contemporary Bf-109’s. It couldn’t climb with the 109, but it was fast, had great energy retention and lots of firepower. Using proper energy fighter techniques guys like Pokryshkin got kills keeping their speed up and firing the 37mm canon at extremely close range.

So much of this is context. Used as point defense at Rabaul against Zeros at altitude the P-39 was doomed to failure. On the Eastern front at low to medium altitude it did fine.

No. A fighter needs maneuverability that an interceptor doesn’t. We’re talking about post-Korea 1950’s jet age and long range radar guided air to air missiles, not Luftwaffe pilots defending against B-17s with machine guns and cannons. Yes, a circa WWII fighter could perform either mission but not in the jet age.

Interceptors aren’t new to the jet age. In WWII, Goodyear developed the F2G Corsair from the F4U Corsair as a Kamikaze killer. The idea was increasing the engine to a 4 row (instead of 2 row) radial engine would add the power needed to quickly get to altitude and intercept the incoming kamikazes, or so the story goes. Others say it was just another fighter experiment with a really big engine hanging in the front. I like the kamikaze killer version better. 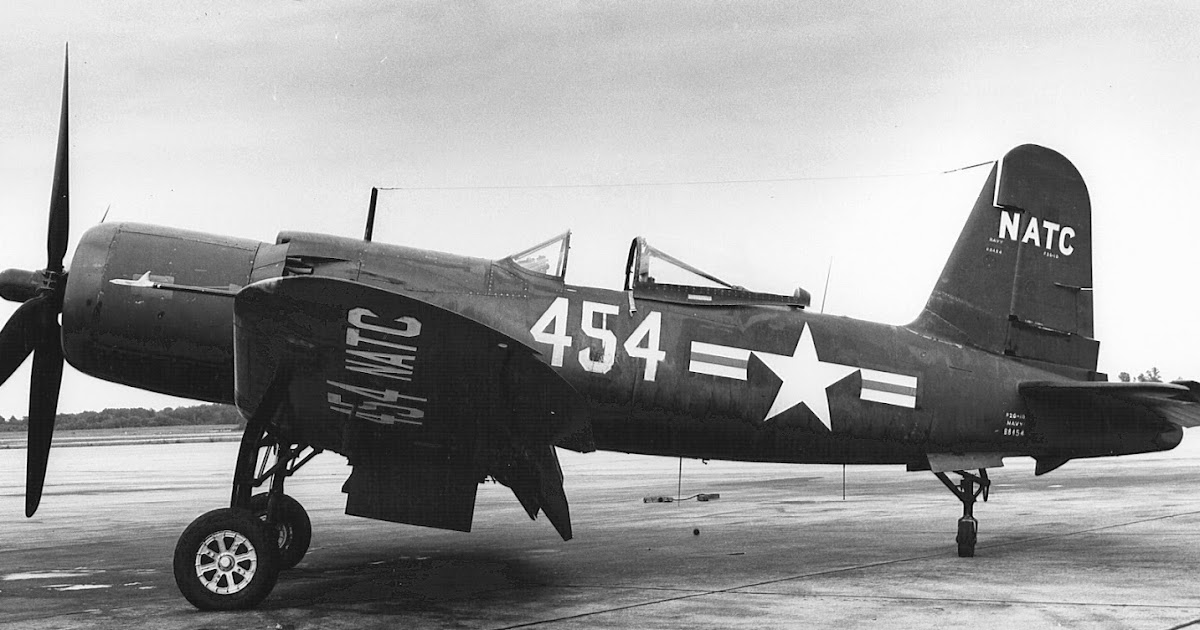 The F2G was a Corsair developed by Goodyear and powered by the Pratt & Whitney R-4360, a four-row, 28-cylinder radial engine instead of t...