I read quite a bit of non-fiction and that is typically slower reading for me. But some of it is also page-turning material like a book I just finished: Endurance by Alfred Lansing. I love non-fiction adventure books!

I listen to audiobooks when I walk or drive.

I listen to a lot of music and I can see how replacing that with audiobooks would increase my numbers quite a bit.

It’s about what gives you pleasure, not a competition.

Very true! OK, sorry for the derail…back to the topic.

I listen to quite a few audiobooks these days, and find that they liven up my commute and my long neighborhood walks quite a bit.

I read quite a bit of non-fiction and that is typically slower reading for me. But some of it is also page-turning material like a book I just finished: Endurance by Alfred Lansing. I love non-fiction adventure books!..

I bet this will bring a smile, too: Crew Dragon Endurance - Wikipedia

The cover of Lansing’s book, has this striking photo of the elder Endurance. What an amazing photo! 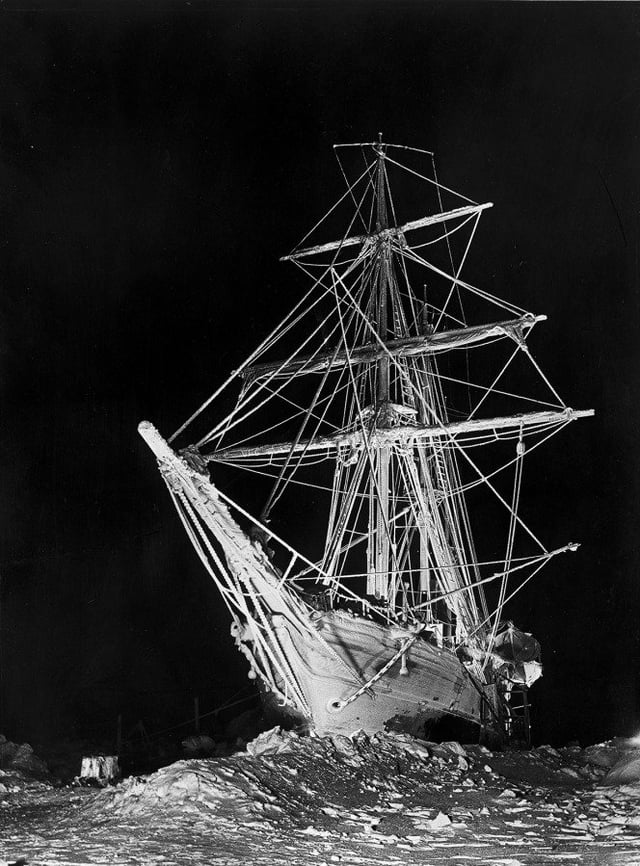 I do most of my reading on the bus to and from work and at restaurants, so I can’t finish a book in two days like some posting here.

So, here are ten of my recent reads, in no particular order:

1 Fear by Bob Woodward. It’s about the early days of Trump’s presidency. It tries very hard to be even-handed to Trump, but it’s clear between the lines that Woodward considers Trump incompetent.

2 Rage by Bob Woodward. This book has a lot about Trump’s relationship with North Korea’s Kim Jong Un, and the rest of the book is mostly about the fight against Covid 19. It’s pretty flatfooted about Covid too, no human interest stories about it, just death tolls. There’s a lot of transcripts of interviews Woodward did with Trump. The interviews are less interesting than you would imagine. Woodward concludes that Trump is the wrong man for the presidency.

(I am currently reading Woodward and Robert Costa’s latest offering entitled Peril, which I do not include in this list of ten because I started reading it in 2022. It is far more interesting than the previous two books, but it has more than I care to read about Biden’s presidential campaign. I am looking forward to the authors’ take on the January 6th riots.)

3 Who on Earth is Tom Baker? Tom Baker’s (the fourth Doctor) autobiography. This guy is either agonized or elated about his life. A must for Doctor Who fans, but not really essential for the general reader. Happy 88th birthday to you, Tom, on January 20th!!

4 Valley of the Dolls by Jacqueline Susann. This one surprised me. I was expecting just a trashy read with tame Sixties sex scenes. To my surprise, it held my interest very well. The plot is not especially believable; amazing fame and good fortune just falls into the characters’ laps time and again. But something about the story just pulls you in. And I have to say, the final scene was heartbreakingly poignant. I still think about that ending.

5 Three Tigers, One Mountain by Michael Booth. All about Japan, the two Koreas, China, and Taiwan so it’s more like five tigers. Well maybe four tigers, and a bobcat. Anyway, it was interesting, but not deep.

6 The Kidnap Years by David Stout. I really liked this book. I had no idea that kidnapping for ransom was so rampant in the Thirties. It’s almost unheard of in this country today. The book tries to explain why abduction for cash disappeared, but I still wonder why it did.

8 In a Far Country by John Taliaferro. A thorough account of a rescue expedition in Alaska for stranded ship crews near Point Barrow at the turn of the 20th century. Well written, but you gotta wonder about the boycrush the author has for the protagonist, Tom Lopp. Mr Lopp seems to have been a good guy, but the author really sings his praises. I wonder if the author is a descendant perhaps? Because it’s just weird how the guy goes on about Lopp’s personality and heroics.

9 White Rage by Carol Anderson. I remember being impressed with this examination of hateful racism in America. But I’m ashamed to say, I can’t really recall any specific incidents this book described.

10 Chicago’s Great Fire by Carl Smith. I love my local history, but this book spent just the first three chapters on the fire, and the rest of the very thick tome discussing related politics and fire regulations. Dull. Just dull.