This means that body temperature for Roemer and Fahrenheit was equivalent to 96 F and 35.56 C.

This means that body temperature for Roemer and Fahrenheit was equivalent to 96 F and 35.56 C.

It was. But recall body temperature varies depending on where you take it, if you are measuring extrernally. Also Fahrenheit changed his scale slightly to put the bp of water at 212 at a certain pressure, and that moved “body temperature” slightly.

I think Cecil overstates his case here. It is very unlikely Fahrenheit included the passage about calibration at 0F for grins or to cover his ass. Fahrenheit was a recognized meteorologist already – he had no need to impress anybody, and the PR issues of today were foreign to the (tiny) science community of his day. Furthermore, Fahrenheit, like everyone else, was struggling with the whole idea of reproducible temperature standards. (For example, it was well known the boiling point of water shifted with the weather – why not the freezing point? What could be used as a constant?)

It seems very likely that Fahrenheit simply shifted his calibration standards several times, in an effort to come up with something that was reliable and reproducible, but also not too much trouble. The advantage of an equilibrium saturated ice-water-salt solution (the fact that it’s NH4Cl instead of NaCl is of very little importance) is that it’s temperature is fixed, and does not depend on pressure, or on the amounts of any of the three ingredients, provided the solution is saturated. But its disadvantage is that equilibrium can take a very long time to establish – days, even, because salt dissolves very slowly at cold temperatures and near saturation. Once Fahrenheit discovered that fixing the pressure fixed the boiling point of water, he probably shifted to that as being way more convenient.

I really don’t know how precise thermometers of the period were to begin with.

I suppose this is interesting from a historical perspective, but it’s a moot issue nowadays, since we no longer define the temperature scale using the fixed points used by Fahrenheit, Celsius, etc.

Sure, field trip, but taking the temperature in a small chamber in the centre of a massive stone building is actually a reasonable idea if you don’t know any better.

Unlike the temperature in your labratory, or in your bedroom, or out in your garden, you expect the “mean temperature of the King’s Chamber at the center of the Great Pyramid of Giza” to actually be fairly stable.

Sure, not good enough, but then the change from Centigrade to Celsius (changing the definition of 0 C) was within living memory: it took them a while to work these things out.

Was there a significant change when they renamed the Centigrade scale to Celsius? Both had 0° as the freezing and 100° as the boiling points of pure water at one atmosphere. Unless you are using the triple point of water (0.1°C which is tiny but exact but that applied to both Centigrade and Celsius).

There was a change when the international system of units defined temperature using Kelvin. One Kelvin = one degree Celsius/Centigrade but 0 K is absolute zero (minus 273.16°C). Kelvin doesn’t use “degrees”.

Centigrade is now defunct as a name. Farenheit should be defunct as a scale. It’s bloody difficult to work with.

Fahrenheit should be defunct as a scale. It’s bloody difficult to work with.

I actually like Fahrenheit. To me, it works better on a daily basis than Celsius.

I can say, “the temperature today will be in the 60s”, and I know I may need a light sweater. If I say “it’s in the 70s”, a short sleeve shirt is fine. If it’s "in the 90s", I’m staying inside, putting the air condition on, and leaving the pants off.

Celsius just doesn’t work as well. 21 degrees is near perfect, but 19 is already a bit cold, and 25 is getting a bit warm. Maybe that’s why Fahrenheit was so popular for so long despite it’s illogical temperatures for the freezing and boiling points of water.

Also when you say it’s zero in F, it means it is really cold. With C it’s just ice time.

Fahrenheit is pure, red white and blue AMERICAN … Celsius is dirty liberal/socialist the rest of you peoples.

I’m still pushing for time to go metric. Screw this 24 hours and 60 minutes and all that old fashioned stuff.

Fahrenheit is pure, red white and blue AMERICAN … Celsius is dirty liberal/socialist the rest of you peoples.

Heck, even when the U.S. tries to use the metric system, we do it all wrong. In the U.S., blood glucose levels are measured in micrograms per deciliter. That’s all nice and metric right? The rest of the world measures blood glucose in millimoles per liter. We might as well just measure blood glucose in drams per hogshead and call it a day.

So, I’m still in my second gigasecond. I suddenly feel so young.

π seconds is about a nanocentury.

Also when you say it’s zero in F, it means it is really cold. With C it’s just ice time.

This really cracks me up: 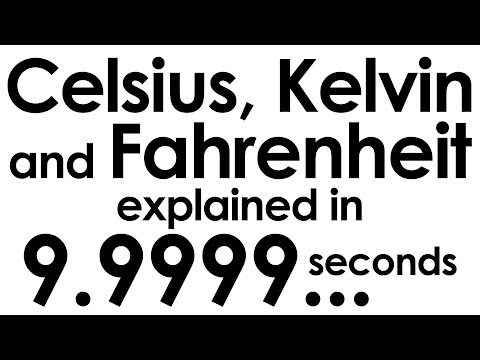 The internet has generated a huge amount of laughs from cats and FAILS. And we all out of cats.

[hangs head in shame] Myanmar caved … that’s sad … we’re an island of Fahrenheit in a sea of Celsius. I’m okay with it, if scientists have problems with the conversions, maybe they shouldn’t be scientists.

A fifth of American whiskey can be put on the international market for cheaper than Scottish whiskey, yet still have higher profits per ounce. As I understand it, this is by design.

Probably not. Gallons, etc., were chaotic in England; it depended on what city you were in (or near) and what you were measuring. Both the US system and the Imperial system (created in 1824) tried to simplify things, but they picked not only different gallons but different subdivisions. The resulting mess is the reason that volumetric measures were not reconciled in 1959 when the inch and the pound were. (Except for US surveyors, who still use the pre-1959 US Inch of exactly 1/39.37 meters, instead of the International Inch of exactly .0254 meters, which means everything you were ever taught about how many feet in a mile is actually off by about 1/1,000,000.)

This is great. We own it! We should rename the units to Freedom. Imagine a summer day at the beach, and it’s 85 degrees Freedom.

Yeah, you’re sorry now, Europe and the rest of the world. Suck it.
ETA: When it’s below zero, we can huddle inside by a warm fire and sing “We shall overcome.”

The Land of the Freedom degrees !!!

For mass and weight …

The thing about the Celsius scale is that it doesn’t work like most metric measurements.

Ten millimeters make a centimeter. Ten deciliter make a liter. Where are the millidegrees and the kilodegrees? Not in general use, I fear.

And agreed about time needing to be metric. One hundred seconds should equal one minute, one hundred minutes an hour, and so on. Just as one thousand years is the same as one millennium. Someone fell down on the job.