I’m sure many of us have seen the movie, but this article really hits home about how awful Jonestown was. 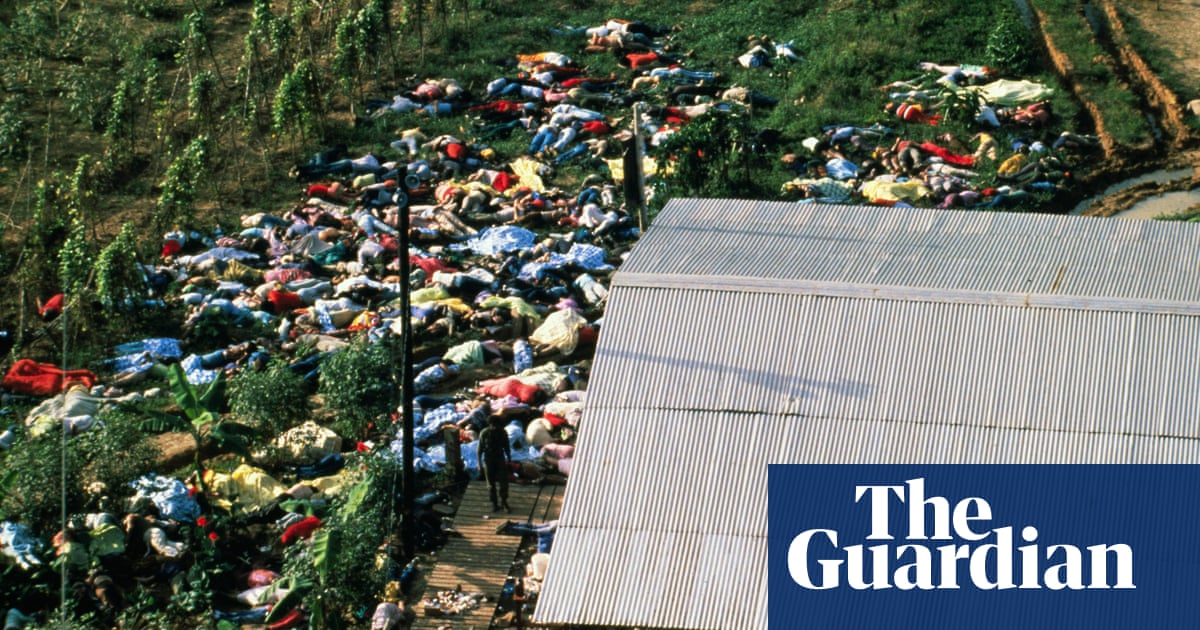 An apocalyptic cult, 900 dead: remembering the Jonestown massacre, 40 years on

More than 900 people, many of them children, died in a mass murder-suicide in 1978 by drinking cyanide-laced punch at the order of cult leader Jim Jones

In college orientation, we had an cult awareness presentation among the many presentations we were required to attend. I didn’t think much of it at the time, but I’m glad it was required.

Jim Jones is by far the most fascinating American mass murderer of all time.

My old boss was stationed in Panama at the time and was one of those tasked to go down and recover the bodies. As a fellow soldier I think I was the only one at work he mentioned it to and he didn’t say much. It was obvious it haunted him.

Wow…a lot of important material at that website. Most of it is directly about soecific victims and survivors, but I also recommend this recent essay by a Caltech grad reflecting on the tragedy and linking it to his own hazing experience (and to the current US political climate): https://jonestown.sdsu.edu/?page_id=81378

A few years ago, I read an excellent biography of the 1850s anti-slavery activist John Brown. For me the paradox of Jonestown is embodied in how it both resembled Brown’s utopian community in the Adirondack Mountains of New York State — a (failed) agricultural project in the wilderness, with blacks and whites living and working together as equals, astoundingly radical for its time — AND it resembled an antebellum Southern US plantation, the very system that Brown was fighting so hard to abolish.

This latter resemblance was noted in an article in that website — yes, Jonestown was generally color-blind, and its attraction to African American women in particular was understandable — BUT whites were mainly in charge of things, and the rule against anyone leaving (black or white, that’s true) was reminiscent of slavery.

Jim Jones is by far the most fascinating American mass murderer of all time.

Jim Jones started his cult in Indianapolis, among the poor. At the time, that city was highly segregated and he was a “champion” of integration and civil rights for blacks. The Jonestown tragedy happened in the late 70s, but he was at it from back in the 50s.

Also I believe it was Flavorade rather than Koolaid.

I was in college when the news broke. Couple days later some guy became briefly famous on campus for advertising and holding a Koolaid party in his dorm room.

DC has it wrong then. Drinking the Koolaid means believing nonsense to one’s own detriment, usually under an outside influence.
An example might be participating in a multi-level marketing scheme, or sticking with an abusive spouse because of their promises to reform.

I never heard it to mean just believing deeply, but believing so deeply that critical thinking left the room. Brainwashed of sorts.

I noticed something interesting in the transcript of the infamous “death tape” (cassette recording just as the murder/suicide was about to start and then started):

Jim Jones cleverly played the “race card” to help convince the followers to get going with the dying — addressing an African American female follower, but also everyone in the room, he pointed out how the handful of “defectors” that had fled the village a few hours before were mostly white — “did you see how those white folks abandoned you/us to your/our fate?” (i.e., to be killed or enslaved by the coming enemies, rather than on our own terms).

You know a native New Yorker when you hear one, but what about someone who grew up in [Washington] D.C.? Researchers say the city does have its own language, and a study of it is ongoing.

D.C. native and WTOP commentator Clinton Yates says there are three unique words in particular that people who grew up in the city use. The first is “bama,” a name for a person who is unstylish or unsophisticated. “The word ‘jont,’ which means pretty much anything you want it to — it’s a catchall word. And then ‘cised,’ which means ‘excited.’ It’s more synonymous with the word ‘psyched,’” said Yates. 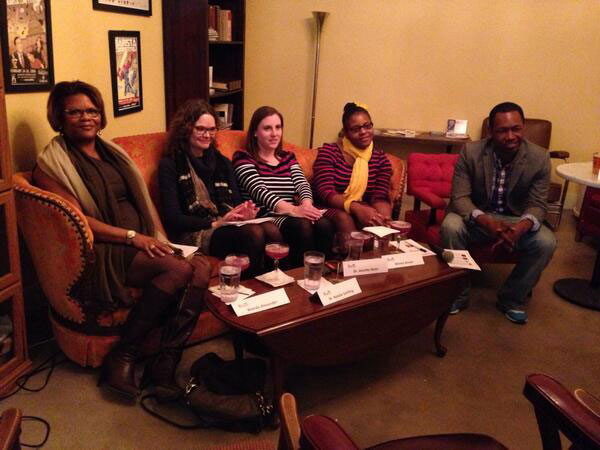 You know a native New Yorker when you hear one, but what about someone who grew up in D.C.? Researchers say the city does have its own language, and a study of it is ongoing.

We could probably do a whole separate thread on prolific mass murderers, but for my money the psychology of both Jim Jones, and his legion of followers, is endlessly fascinating.

I can’t believe that was 40 years ago.

I saw a documentary about Jim Jones some years after it happened. I don’t remember it clearly, but one thing really stuck out to me. Early in his public life, he was very attractive, and you could see it in the films. I don’t mean good-looking exactly, but he had a lot of appeal and charisma. His face was radiant and friendly. At some point, I just remember seeing a change–his eyes had become dead and his facial expression flat. And then he started wearing the dark glasses all the time.

That change from a radiant, open face to the flat, dead face-- I swear it made you believe in people selling their souls to the devil.

I haven’t looked for that film. but I have looked through many pictures of him on google, searching for that change in his face.

Severaly years ago, I watched an old PBS documentary about the Jim Jones massacre and enjoyed it so much that I taped it so I could watch it again while my parents were visiting.

The first half of the documentary focused on Jim Jones’s early history and his preaching. There was a lot of footage from his sermons, showing how easy he could whip the congregation up into a frenzy. While the footage played, my mother was nodding her head over in the amen corner of my living room couch like she was just seconds from catching the Holy Ghost. Even I was captivated by his message.

It dawned on me that I could totally see my parents dragging my siblings and me down to Guyana. I have no doubt in my mind we would have attended that church if we had lived in San Francisco. My parents would have been down for the racial and class utopia that Jim Jones was talking about. The documentary made me realize that none of us are immune to being taken by a charismatic con man. Those poor people weren’t idiots. They weren’t fools. They just succumbed to the very human tendency to go in for the penny, in for the pound. The audio footage of the woman questioning the righteousness of killing themselves as everyone’s dying around her will always haunt me.

A childhood friend of mine and his family went to Jonestown and all died there. The story my father tells is that our families were friends and spent time together in the early-mid 70s in southern CA. The parents became increasingly distant and spent a lot of weekends going to San Francisco, and not really telling us what was going on. Eventually, they sold everything they owned and moved to San Francisco, giving everything to the People’s Temple. I cannot imagine what the conversation was like between my friend and his parents that day. My parents were very angry with them when the news of the horror became known, knowing that the kids were gone.

The website above (the sdsu link) has a wealth of information and portrays victims as real people with regular lives before getting pulled into the cult and being part of the tragedy.

A childhood friend of mine and his family went to Jonestown and all died there. …

Oh my goodness. I am so sorry.

Wow, snowthx, thank you for sharing that.

Somewhere in that website, someone makes the point that the flipside of “how could they kill their children?” is, well, once the dying started, “how could they cruelly let just one or a few survive?”. A reasonable point, I suppose, maybe.