5 or 6 Kingdoms of Life? [changed title]

I’m studying the 6 kingdoms of life, or something like tht, and my teacher is confusing me. he always says the 5 kingdoms, then in the book it says 6 kingdoms. Was he a pot smoking hippie in college and just didn’t pay attention or did they find another kingdom? ( I’m only in 7th grade, and i was just wondering about this)

Six kingdoms? Huh. I hadn’t heard of that one. There are some arguments for dividing the Prokaryotes (kingdom = Monera) into two kingdoms and the protists into three kingdoms but that would be an eight kingdom system.

The five kingdoms I’m aware of are Monera, Protista, Plantae, Fungi, and Animalia. The Monera could be divided into Bacteria and Archaea. (Or even into their own Domains.)

What does your book list as the six kingdoms?

Well I can’t remember but I’ll know by tommorrow. I can rent a science book and see. It’s new and the science prof. says he doesn’t remember learning tha, but I don’t like him so i think he might have been wasted that day or something

This page lists six kingdoms. But as I browse through the Google results summaries, most of the links seem to be leaning towards five kingdoms.

Actually, I’d guess it’s the Archaea that he might not have known about (the term “eukaryote” is pretty well known). It wasn’t until about the '70s when this “new” group, composed of some of the oldest life forms on earth, was recognized. Inhabiting some of earth’s most extreme environments, they aren’t exactly common knowledge.

You can read more about them here.

Your teacher is probably still lumping the bacteria with the archaea, the way people used to lump the plants in with the fungi. In recent years molecular taxonomists have learned that they’re no more closely related to each other than they are to us, despite some superficial similarity, so now they’re considered seperate.

How are viruses classified these days? They carry genetic material but cannot reproduce on their own, so are they alive? Dead? Undead??

When I went to school, there were only two Kingdoms, Plants and Animals. Now my grandchildren tell me there are five! Boy, do I feel old!

I thought the same thing myself.

It helps if the thread title is more descriptive. I changed it.

The following link discusses the Six Kingdoms of Life. 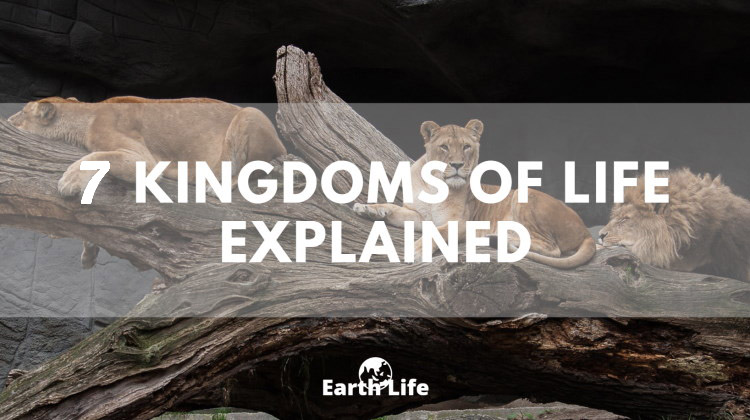 The 7 Kingdoms of Life Explained: Which Are Eukaryotic & Prokaryotic?

The links probably already say this, but a more sensible classification of life splits all known organisms (not including viruses, which many do not consider alive) into:

Within the Archea: The kingdom Archaebacteria.

Within the Eucaryota: The kingdoms Animalia, Plantae, Fungi, and Protista.

Within the Eubacteria: The kingdom Eubacteria (surprise, surprise!)

For most of us, this new classification developed from the old 5 kingdom system within memory, but the textbooks have only started using it within the past 2 or 3 years that I’ve seen. Your teacher is probably just used to the old system.

Chiming in with a big yepper on what wevets said. The domain system makes much more sense, given what we know now.