But a bit of a win for me is that a family of magpies (two adults, three adolescents) have set up residence le chez de PT.

The youtube below is not one of them, but currently that distinctive caroling is my morning alarm call!
The signature sound of the Australian bush right in suburbia. 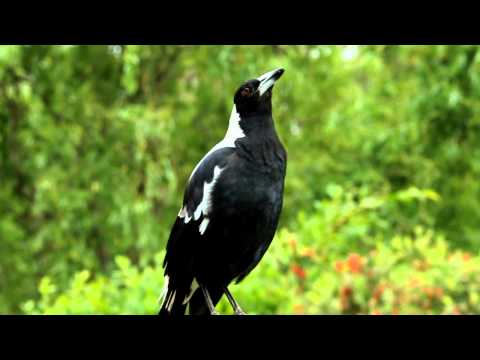 Cool - hopefully they’ll bring the next lot of kids along later in the year and you won’t get swooped in the meantime.

For those not in the know, this is like finding a crocodile has taken up residence in your fishpond. Magpies can either fall in love with you and are your friend forever or are Hitchcockian crazy [more Norman Bates than just birdly].

One for sorrow,
Two for joy,
Three for a girl,
Four for a boy,
Five for silver,
Six for gold,
Seven for a secret never to be told,
Eight for a wish,
Nine for a kiss,
Ten for a bird,
You must not miss.

As a road cyclist I find this very difficult to say, but I quite like magpies. A charming call and hey, they’re just defending their territory.

There is a furious and really quite vicious battle going on over and around my place at the moment the specific politics of which I don’t understand. It involves a female (Maggie) and her juvenile, and another magpie. I haven’t figured out quite who is battling who, let alone why. All I know is that the three of them are engaging in dogfights with a speed and agility that would put any Battle of Britain pilot to shame, over… something. No doubt it involves sex or territory, one way or another.

Maggie and juvenile own our backyard at the moment but they permit us to live here - probably mainly due to (very) occasional offerings of cashew nuts on our part.

We haven’t seen Arthur and Martha for a few weeks, probably because Maggie and her offspring are not sharing creatures by nature.

Sure, all well and good and I love birds as much as the next person but remember people, this is Australia and pretty every living thing is trying to kill you.

All five are ambling about my front yard now, looking like they own the place.
When I went out, and was a couple of yards away they contemplated me in a superior manner, cocked their heads to say “Bud, you gonna feed us today … or what?”.
Heh, if they get too uppity I’ll start playing some of their carols via YouTube and let them know there’s competition in their patch.

Very cool, @penultima_thule! It’s fun to have bird pals around, isn’t it?

During my lockdown time (which has been mostly continuous for the past year and a half), I’ve made better friends with the ravens that inhabit the forest on my property. One is a male too young to mate. I named him Edgar. (Predictable, I know. )

I leave treats for him most days and we have quite the communication system going. I’ve taught him that he only gets treats if he stays at the front of the house. If he tries to catch my attention at the rear of the house, he gets yelled at. The reason I’ve done this is because the ravens destroyed a brand-new spa cover I purchased a few years ago to mine it for nesting material. I want to discourage this from ever happening again. It’s working!

Edgar made the mistake of bragging about his daily treats to his buddies, and now I have to be careful about when I set them out to make sure he gets a chance at them first. I know ravens are communal to a point, but it appears the mated pairs take care of themselves and their young first. As a solo male, Edgar brings up the rear of the hierarchy.

I believe your Australian magpies and my American ravens are both members of the corvid family.

A pic of Mum magpie and one of the juveniles in the frangipani at the front of the house. I’m not sure if I’d heard that call out of context that I would have even thought it was a bird!

I knew it was a bird for decades before I realized that it was a magpie. It wasn’t until I heard a labled recording that I was able to associate bird call and bird.

One cat recognized that sound as something she might want to kill and eat, the other one didn’t even flick an ear. George wasn’t around, he was busy killing hubs’ toilet paper.

Precisely, except mine don’t carol with a Kiwi accent.

We don’t have magpies up here in north Queensland, and I really miss their delightful warbling.

Instead, we have the aptly named ‘screaming lady bird’ whose blood-curdling shrieks pierce the still night air. Give me a magpie any time.

That’s too bad, I had always assumed maggies were ubiquitous. They are such a part of everyday life it’d be weird not seeing and hearing them every day.

If anyone is interested, I’ve been having an up close look at the tone of an Australian Magpie’s call: 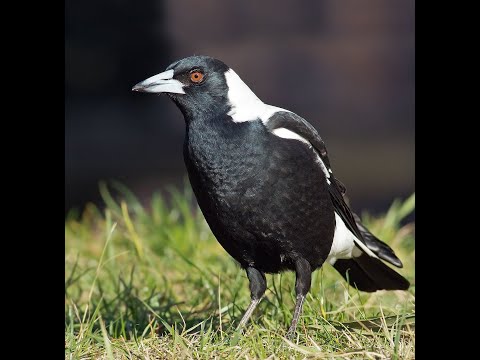 We don’t have magpies up here in north Queensland

Magpies like open rangelands/woodlands.
They spend a lot of time on the ground and walk dexteriously. Most of their feeding activity is on the ground. Other members of their genus eg currawongs and butcherbirds usually hop.
Heavily treed areas or rainforest don’t suit them but there is a subspecies found in southern New Guineau