A gag-vase that breaks super easy?

I have searched (probably feebly) for a vase that would break really easily. My uncle is turning 50 and loves to go antiquing. I want to find a “antique” vase that as soon as he tried to pry it out of it’s box it would disintegrate…

If anyone has ever heard of such a thing please let me know asap as his surprise party (which is a surprise sprung on me yesterday) is comining next weekend.

Try to make it with sugar: 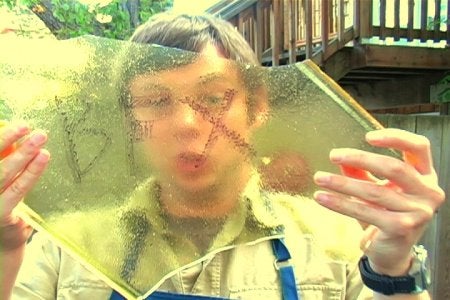 How to Make Sugar Glass

How to Make Sugar Glass: I've always wondered about sugar glass, and was surprised at how easy it was to make. You can buy everything you need for homemade sugar glass at the grocery store and make it in your kitchen. In the end this recipe produces...

You could get one of the fancy curved ones with handles and break them off yourself and put them back on with weak glue. Put it in an oversized box laying on its side on top of a little pillow. Wire it down strongly around the sides so it looks like it is being carefully protected but requires a pull on the handles to get it free at all. Print out a fake certificate of authenticity naming some famous person or culture and lay it on top for good effect.

Is there something out there though that is a replica of a Ming Dynasty or some other <insert super valuable vase here> that would break apart like a dried out egg shell?

Here’s one company that sells breakaway glass and ceramic products, although I didn’t see anything that looks like a Ming vase. And I think most of these are designed to break over someone’s head, rather than when being unboxed.

Here’s one with a range of vases.
http://www.breakawayfx.com/