A Kennedy may lose statewide in Mass

I early voted for Markey today. I wouldn’t have had a problem potentially voting for whom I call Ginger Kennedy if there was an open seat. Markey has done a fine job and didn’t need to be primaried. Both Markey and Warren are not spring chickens. Both of them could potentially have a spot in a Biden administration, leaving an open seat (and R-Baker would fill it until a special election). It’s not Markey’s seat, but also Kennedy couldn’t wait his fucking turn. He wanted to get out ahead of Pressley, I think. But should he win now or later, no one is going to hesitate to primary him.

Also, I am really disappointed in the Dems in general over this. Not sure if it was the DNC or the DCCC but the rule was if you worked on a primary challenger campaign, you were persona non grata. It was to keep ourselves together. I didn’t agree with it entirely but I am really disappointed that we’re going to ignore it for another fucking Kennedy.

Nobody should be in Congress more than 12 years. I really dislike guys who stay there 40+ years. Really don’t like Biden but he’s 1000x better than Trump. I will hold my nose and vote for him.

I also voted for Markey today. One of the things that frustrates me about Kennedy deciding to primary him is the amount of money and effort that goes into a Senate primary. It’s not one for one, but presumably some of that could’ve been used somewhere better for Democrats.

Y’all early voters missed your chance to vote for Vermin Supreme for US Senate! 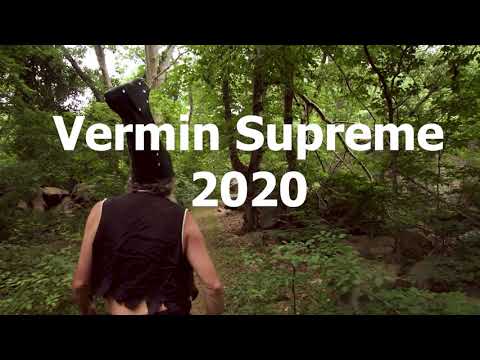 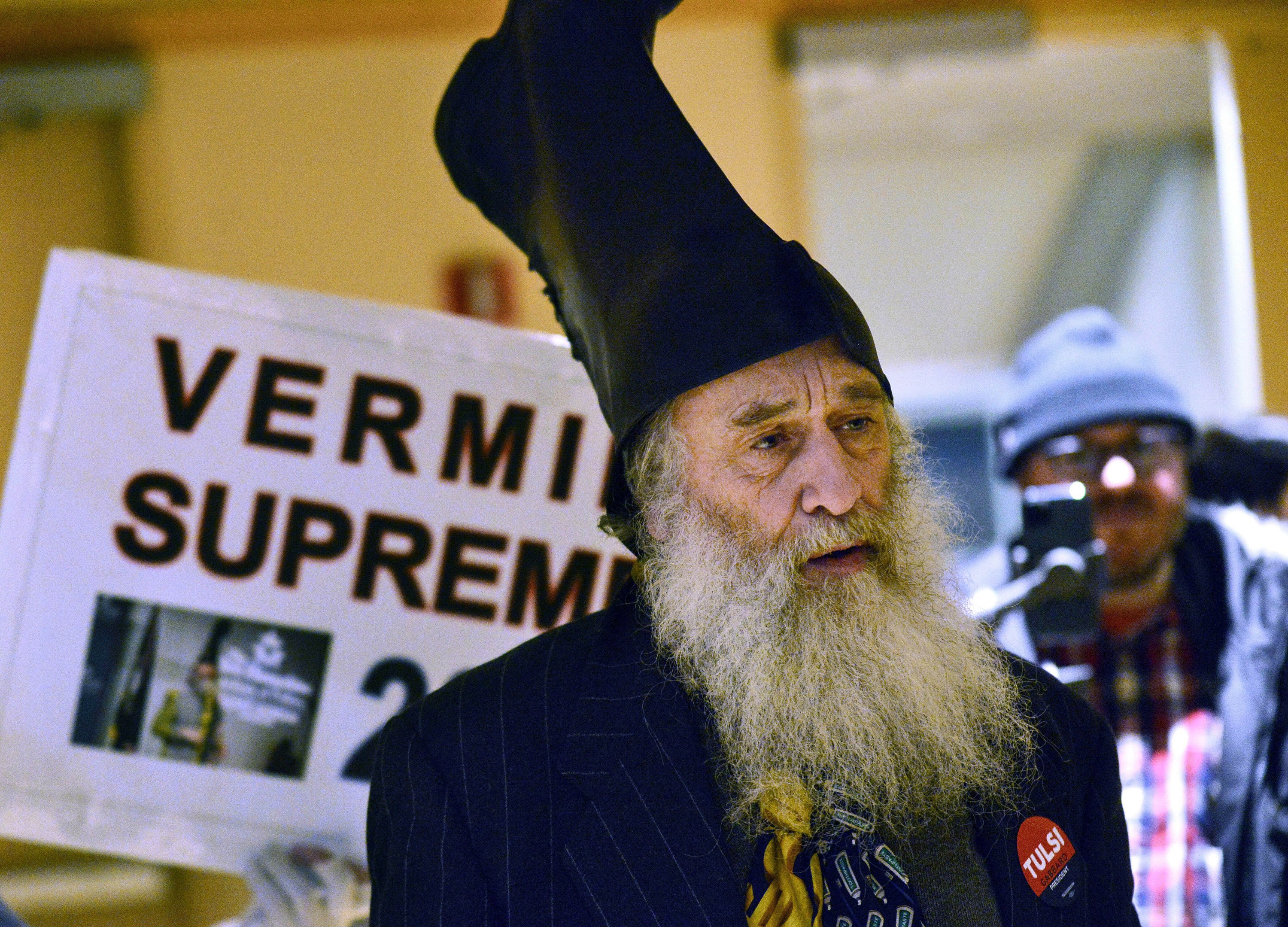 BOSTON (AP) — Vermin Supreme, the perennial presidential candidate who wears a boot on his head and promises every American a free pony, is mounting a write-in campaign for the U...

His commercials are annoying, there’s something about them that smells of old time oily politics. That’s a really bad look on a young guy. For some reason us Rhode Islanders don’t get to vote for the offices in the state where we keep our shopping centers and well paying jobs, but if I could vote there I wouldn’t vote for him.

Some discussion of the race in this thread, too.

Big-picture discussions here, or your thoughts on particular races that might not merit a thread all their own. Democrats need to shift just three seats, and Republicans seem to be nervous: https://www.cnn.com/2020/04/29/politics/david-perdue-georgia-senate/index.html https://www.cnn.com/2020/04/27/politics/senate-majority-republicans-democrats/index.html

I have two Dem friends in the Bay State. One is going for Kennedy, and the other for Markey, as it happens.

Saw him in 2016 outside a Clinton rally. He was everything you imagine and more.

I met Vermin Supreme at the RNC in Cleveland in 2016, and my son bumped into him while volunteering for the Martin O’Malley campaign in New Hampshire earlier that year. Quite an odd duck. Fortunately, he had his shirt on both times.

I hope Markey wins, we need as many progressives in office as possible. Kennedy is all image and no substance, just like most of his family. Pelosi endorsing him just seems like payback against the Justice Democrats for kicking her lackeys out of office like Engel.

Kennedy was trying to draft off the squad, but he’s no AOC. People know Markey, he’s getting long in the tooth and doesn’t get as much pub as he used to, but people don’t see anywhere near a reason to replace him.

I think Markey picking up the ball on the Green New Deal in the Senate, and not only working closely with AOC, but being endorsed by her, has been a big benefit for him. The crosstabs on the latest polls show him crushing Kennedy among young people… I’m sure it’s not just this relationship with AOC, but I’m also sure it contributes.

Find this a little amusing because the guy took the exact same votes and stances that progressives chastised Biden for all year.

Now here’s the thing … like with Biden, I’m willing to look at the context of the era and how certain things need to be taken with nuance. For example, most US Senators over the years vote for the Hyde Amendment at some point because it gets packaged into bills that are generic budgetary bills full of all sorts of individual items. The 94’ Crime Bill was supported by African American leaders and if you study the period, the end result was actually a compromise and washed down to what the Republican Party of the-then Congress wanted. And the success of busing as a policy despite its good intentions is complicated.

So I would vote for Markey because of what he’s offering now which is substantially more than I see from Kennedy. But seeing the same people who called Biden a Republican-lite now champion Markey as a progressive icon all because he hitched onto the Green New Deal and after forty years finally became cool comes across a tad hypocritical.

At least he finally came around. Biden steadfastly refuses to support anything progressive, despite what crap Bernie blows up our asses. I can look past what someone did in the past if they can get on board with progressive change now.

What nonsense. He didn’t “hitch onto the GND”, he and AOC actually worked on it together. This is the same guy who introduced the first cap and trade legislation, and numerous attempts at nuclear freezes. He’s had a perfect rating on conservation for a long time.

Joe Biden supported the nuclear freeze, opposed the Cold War military build up, introduced the first bills relating to climate change in the US senate, has a high rating on conservation for a long time. He also did a lot of stuff that he got ravaged for while Markey gets a pass. Both things can be true. But the hypocrisy of ignoring the litmus tests progressives themselves set now it’s their favorite who fails it is something people saw coming. That’s all.

I already voted for Markey. Joe Kennedy might be a decent candidate for an open seat, but offers a lot less than Markey. No contest for me.

Looks like Kennedy is losing. Can’t understand why anyone votes for people to be in DC for 30,40 years.

If they’re smart, effective and doing things you like, why not?

Markey has been in various office for decades, but not as a Senator. And if Kennedy doesn’t have his eye on a bigger prize, isn’t his plan to be there for 30-40 years?

I don’t care what office a person has in DC, 12 years in DC is plenty. Get rid of the fossils and get some new blood. My prior Congress NC district guy is a Dem and has been there since 86 and no plans to retire. They gerrymandered his district to put a lot of Dems in it. He does not even bother to campaign. He normally gets 55 to 60 percent with no campaigning . His district being so Dem heavy means all the other close districts are much more GOP.

Washington said 8 years as president was enough and everyone else who served also only had 2 terms. then FDR came along and said screw that. Of course then they added the ammendent to limit the prez to 2 terms.