A modest proposal for the Straight Dope

I believe Similarweb uses estimates and can’t be assumed accurate, my cursory research has found their estimates are sometimes off by as much as 90%.

The SimilarWeb report for the SDMB says that the data is estimated. Perhaps they capture a subset of data somehow and then extrapolate from there to get the full report. 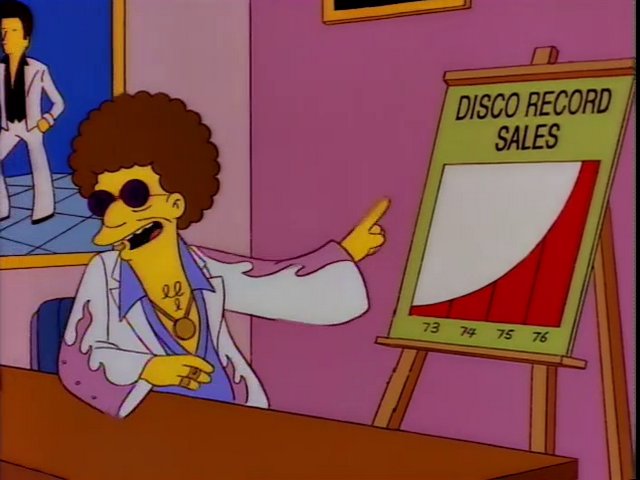 Ok, but… it’s not your message board is it?

No, the message board doesn’t belong to anyone posting in this thread that we know of, including the OP. But the OP says that he’s putting the idea in front of the members, so the members are giving their opinion. Supposedly, since the decision hasn’t been made, the way it’s structured is open for comment and negotiation.

I emphasize that no decision has been made, and I won’t be the one ultimately making it – the call will be made by the Straight Dope’s owners. Nonetheless, we’ve been kicking around some ideas, and since the Teeming Millions will play a more central role than in the past – I’ll get to that – the time has come to put the matter before the house.

JohnT ’s nahemployment topic, which he managed to get placed on Alexa rankings

Dude, I had no idea. Can you send me a link where I can see this?

I wish more people read; but they just don’t.

So, unaware of Reddit are we? That place where millions of young people world wide read long and involved posts and threads can get literally thousands of responses within hours, many of which employ many many words, all of which need to be read to be replied to? Maybe the actual problem is that people don’t read what YOU want them to?

I don’t actually think we’re entitled to numbers, that isn’t a standard thing in a business/customer relationship.

I don’t actually think a business is entitled to my money either–they can make a good case for why I should give one business my money rather than another but I’m about 142% certain the business who high handedly demands my money without first demonstrating its superiority and applicability to my needs is going to have to fuck off with empty hands.

As for the merch question, I’m fairly likely to buy a t-shirt (you should see my collection of Bernie shirts, every one made in America by union labor and cost about thirty bucks apiece) but I doubt there’s a way I’d be persuaded to pony up for a subscription–not to the boards (Remember pay to post, y’all? Because I do) and definitely not to pay L’il Ed to continue his self indulgent charade of multiple consciousnesses, especially since the decades old columns are pretty cringe at best and massively unnecessary in today’s instant access to the wisdom of the world. If I order a t-shirt, at least I have a t-shirt to show for it and I won’t feel anally violated every time I put it on.

Basically, L’il Ed, far as I can see you’ve been a cancer on this community for just about forever and whatever benefit you might once have brought to the table has been massively overshadowed by previous forays into attempted manipulation of the good will of a community you’re at best tangentially involved in. The Barn House, Pay to Post, the Great Cunt Flap–all just a large pile of seagull shit left behind for the actual members of the community to deal with as best they may. FFS, you can’t be bothered to make one of the mods an admin so they can fix problems with the board as they arise, let alone stick around long enough to use your own admin permissions.

I can’t speak for anyone but myself but I would never even consider paying a slim dime to bail you out in exchange for some crowd sourced columns you’d then claim to have written. Whatever good will you might have had with me has been destroyed multiple times over by your previous high handed edicts and all I’m seeing here is just more of the same–this time with a bonus cash grab. Quite frankly, the effrontery of this newest attempt is the biggest laugh I’ve gotten from anything “Cecil” has written in decades.

I might be persuaded to support the board but not without complete transparency regarding how much is actually needed to keep it functioning. I’ll not be holding my breath waiting for it though.

Everybody must get stoned!

Reread what I said. I said I knew nothing about rights and I made no comments on rights. I was talking about the ease and cost of converting a book to an e-book. Since many people do it at home and give away the product to anyone that wants it, the cost and ease must be fairly low. Not to mention people that self publish. Whatever the cost to get their e-books online cant be too cost prohibitive.

The Dope books suffer from the problem that they would need some serious editing for out of date or just now known wrong information. I’m sure we all saw the many times someone pointed out wrong info from the columns to TubaDiva that she had to correct. And that’s just the ones I saw on the board. Who knows if she got PMs or messages on the column page.

And there’s the problem - making a crappy e-book is easy. Making an edited and corrected e-book takes a human exerting time and effort, and the usually involves money at some point.

Look, I get that you are opposed to this new proposal. I don’t know why you’re so worked up about it. If you just want the message board you can still read for free. Or get a membership. Don’t want to help re-launch the column? Then don’t pony up for that level.

I’d be happy to subscribe. Point me to the link for signing up and I’m there.

So, unaware of Reddit are we? That place where millions of young people world wide read long and involved posts and threads can get literally thousands of responses within hours, many of which employ many many words, all of which need to be read to be replied to? Maybe the actual problem is that people don’t read what YOU want them to?

Dial it WAY back. This is ATMB, not the Pit.

I’m trying to think about what keeps me choosing to waste my time here as opposed to many other ways I can waste my time.

Sometimes it is good questions. Sometimes it is good answers to something I initially didn’t think was a good question. Sometimes it having some discussion make me question what I thought I “knew”. The active membership not being too large is a plus since the result is that at least a few names become real people, some to be believed some to start eye rolling before reading, some to just skip over. Of course many who leave no impression at all but enough that do that it feels like a community.

Material by “Cecil” who frankly couldn’t be arsed to be part of this community for many a moon, was the initial hook but at this point has zero level of attraction. Keeping the SDMB name alive is of no value to me.

Pushing me away is the decreasing amount of quality conversation here vs more who are only interested in confirmation of what they think they know and offended at having those presumptions even questioned. But there’s still enough of what’s good to keep me around. Not by a wide margin though.

I suspect that many others are like me, no longer giving a rat’s ass about “Cecil” per se. If this board died tomorrow odds are GB would get an influx of those who never visited before and conversations would continue. Or not. Some would finally quit what has become just habitual.

Really. I’d WAG that a special Cecil serving subforum would be what kills the long dying beast.

Really. I’d WAG that a special Cecil serving subforum would be what kills the long dying beast.

Sad to say, you may be right. I’ve found out what I need to find out. Closing this thread.