A new (to me) look at obesity

I found a reprint of this article suggested to me by a link while I was browsing something else. The original article is about 8 years old, so in one sense it’s not exactly new information. But much of it was new to me. It would be interesting to know how many people were aware of some of this.

This is a very long article, so hopefully a couple of quotations won’t be an issue.

Consider, for example, this troublesome fact, reported in 2010 by the biostatistician David B Allison and his co-authors at the University of Alabama in Birmingham: over the past 20 years or more, as the American people were getting fatter, so were America’s marmosets. As were laboratory macaques, chimpanzees, vervet monkeys and mice, as well as domestic dogs, domestic cats, and domestic and feral rats from both rural and urban areas. In fact, the researchers examined records on those eight species and found that average weight for every one had increased. The marmosets gained an average of nine per cent per decade. Lab mice gained about 11 per cent per decade. Chimps, for some reason, are doing especially badly: their average body weight had risen 35 per cent per decade. Allison, who had been hearing about an unexplained rise in the average weight of lab animals, was nonetheless surprised by the consistency across so many species. ‘Virtually in every population of animals we looked at, that met our criteria, there was the same upward trend,’ he told me.

It isn’t hard to imagine that people who are eating more themselves are giving more to their spoiled pets, or leaving sweeter, fattier garbage for street cats and rodents. But such results don’t explain why the weight gain is also occurring in species that human beings don’t pamper, such as animals in labs, whose diets are strictly controlled.

As David J P Barker, professor of clinical epidemiology of the University of Southampton, noted some 20 years ago, where mothers have gone hungry, their offspring are at a greater risk of obesity. The prenatal environment, Barker argued, tunes the children’s metabolism for a life of scarcity, preparing them to store fat whenever they can, to get them through periods of want. If those spells of scarcity never materialise, the child’s proneness to fat storage ceases to be an advantage. The 40,000 babies gestated during Holland’s ‘Hunger Winter’ of 1944-1945 grew up to have more obesity, more diabetes and more heart trouble than their compatriots who developed without the influence of war-induced starvation. 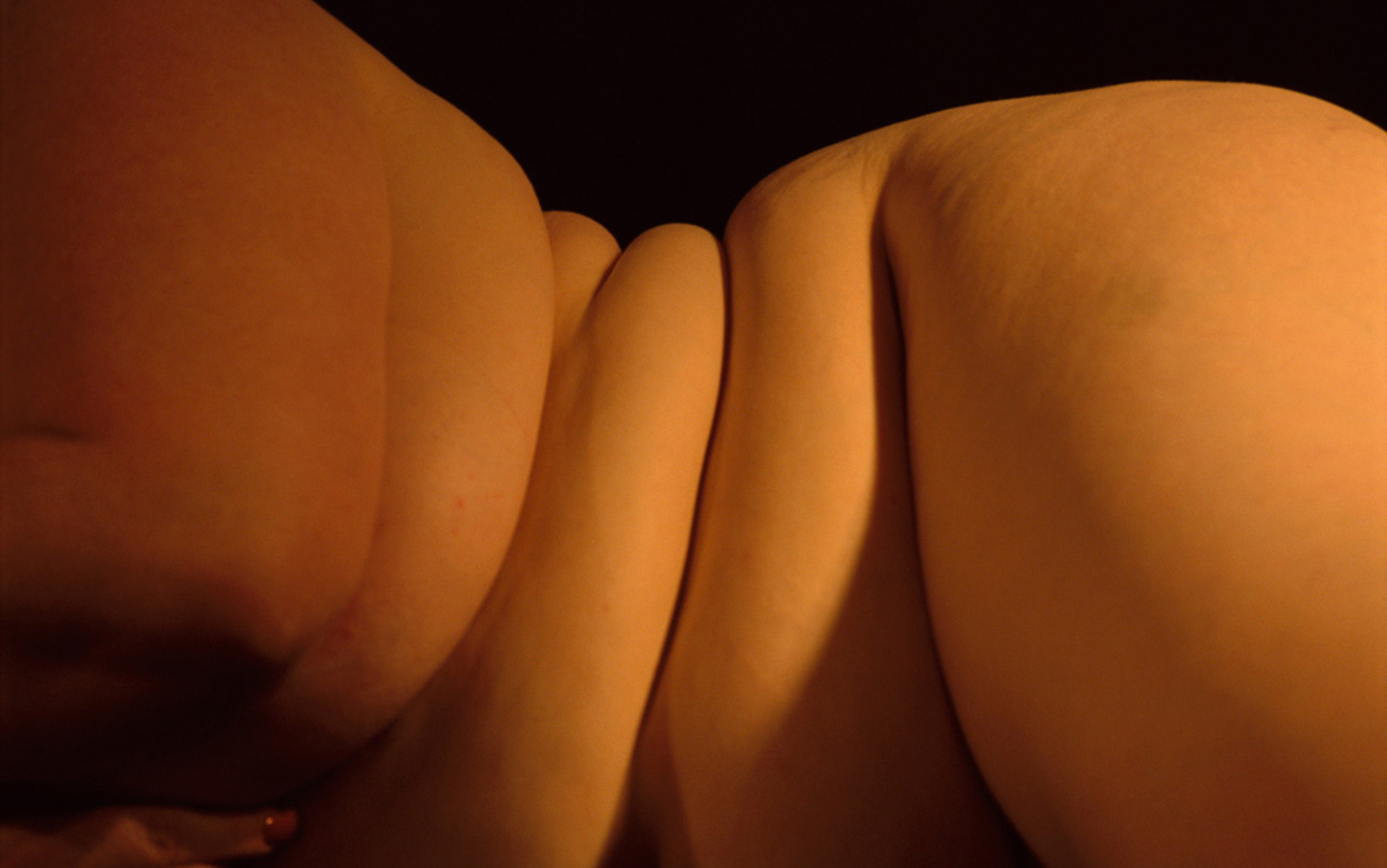 Blaming individuals for obesity may be altogether wrong | Aeon Essays

As the American people got fatter, so did marmosets, vervet monkeys and mice. The problem may be bigger than any of us

And here’s another article along the same lines. This one is talking specifically about the UK.

The obvious explanation, many on social media insisted, is that we’re eating more. Several pointed out, not without justice, that food was generally disgusting in the 1970s. It was also more expensive. There were fewer fast food outlets and the shops shut earlier, ensuring that if you missed your tea, you went hungry.

So here’s the first big surprise: we ate more in 1976. According to government figures, we currently consume an average of 2,130 kilocalories a day, a figure that appears to include sweets and alcohol. But in 1976, we consumed 2,280 kcal excluding alcohol and sweets, or 2,590 kcal when they’re included. I have found no reason to disbelieve the figures. 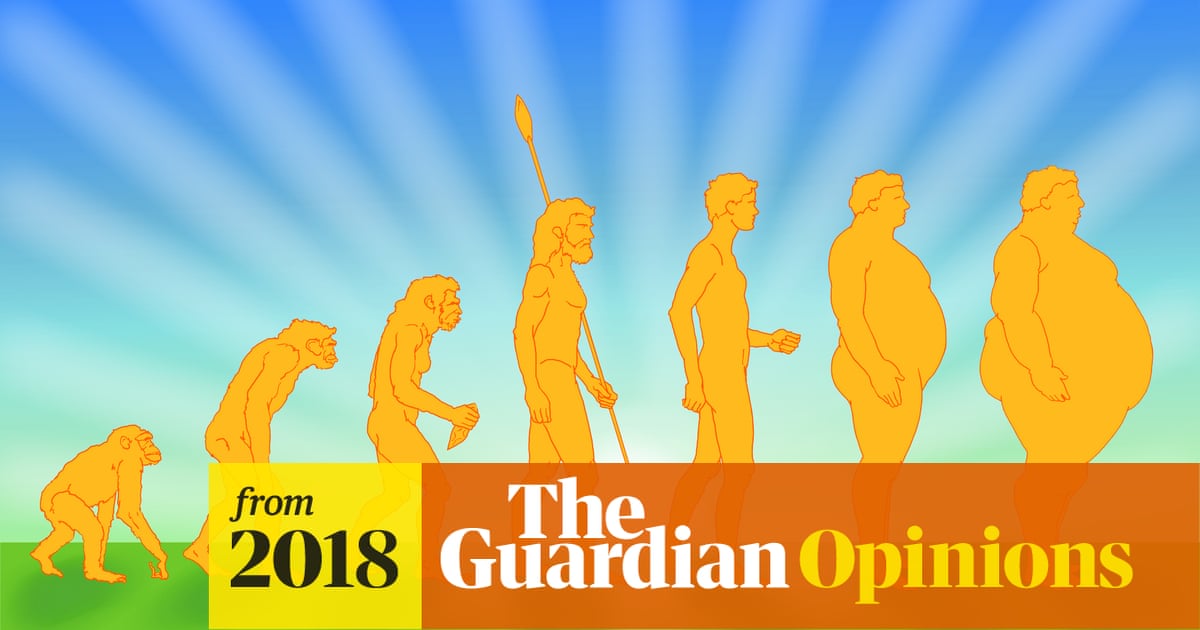 It’s not that we’re eating more, that we exercise less, or that we lack willpower. The shaming of overweight people has to stop, says Guardian columnist George Monbiot

Your last link suggests that a big part of the cause is calorie shift from useful to empty calories. That is pretty standard stuff. The link before that also talks about changes in the types of food that people eat. Then there are the suspected environmental influences, chemicals in the food chain and so on. But all they have for that at present is suspicion, and the apparent data point that these lab animals with controlled diets are also getting fatter.

I think blaming anyone for their own obesity is not helpful. Helping them to not be obese is a better way to go. There are ways that interrupt the dieting cycle and allow people to lose in the long term, ways that don’t involve drugs, ways that include psychological help as well as physical. Right now they are all expensive, and there is no will to help with those expenses because we are blaming instead of helping.

Another point I want to make is that a lot of the problems with our food are there because everyone wants cheaper food, and there are a lot more mouths to feed. You can blame industrial farming if you want. Changing that would have to be a worldwide effort with scant chance of success and the possibility of more people going hungry. By all means, stop blaming individual people. Just help them.

I’ve heard and seen people (some of them on this board) with the attitude, “A calorie is a calorie, regardless of where it comes from.” And on the surface, that appears to be a logical position. It’s interesting to find out that that may not be true.

Our society is so sedentary and cheap calories are so convenient and plentiful now that anyone who doesn’t make conscious choices to around their activity levels and calories will likely be overweight. In the past that wasn’t the case. Daily life took more energy and calories weren’t as plentiful, so you could be at proper weight without thinking about it too much. Those days are over. Society will continue to become more sedentary and calories will continue to become cheaper and more plentiful, so people will likely become even more overweight. In the current environment, a large part of being at a healthy weight is understanding that you personally have to make the effort to stay at a healthy weight.

Of course, one aspect is food. Corporations have teams of food scientists who figure out how to make the food as tasty and irresistible as possible. They tweak the salt, fat, sugar, texture, etc. so that your brain gets the biggest “zing” and craves it more and more so they get more profits. They get huge subsidies so that the price is lower than healthier choices. Some foods will be so compelling that it might be useful for you to think of them as drug-like for the cravings they produce. You may need to cut certain food categories out of your life because they are too compelling and it’s very difficult not to overeat once you get started.

Another aspect is exercise. It turns out that the link between exercise and weight loss is much more complicated than you would expect, but one undeniable aspect is that it makes your body healthier. Even if you don’t lose any fat, the exercise will help move the fat to safer places on your body and will improve many biological and metabolic functions.

Explanations of why people are heavier don’t really bear on the main question, which is why so many other animals are. Maybe there is some kind of pollution involved.

The lab animals may be gaining weight for the same reasons humans are. The humans may be feeding them more and the foods may have more fillers and cheap ingredients. Even if a lab animal is supposed to have a strict diet, it’s probably not the case that the food is measured out precisely in terms of calories and nutrients. The monkeys may be getting a cup of food like before, but the food in the cup isn’t the same as before. An animal which gets fruits may be eating the same number of bananas and apples as before, but the bananas and apples of today are larger than those decades ago.

For dogs and cats, I think it’s because the humans aren’t as concerned about weight. They feel bad their pet is hungry so they give it food even though it makes their pet grossly overweight and unhealthy. Humans have 100% control over the diet of their pets, yet they still feed them excessively to the point it causes problems. This may be the case with lab animals as well. The caretakers may feel bad the animals are bored and give them a bit of extra food as a treat.

I’ve heard and seen people (some of them on this board) with the attitude, “A calorie is a calorie, regardless of where it comes from.” And on the surface, that appears to be a logical position. It’s interesting to find out that that may not be true

It’s one of those things that on some levels is simple, but then metabolically is much more complex. If you’re eating 500 more calories a day than you need to maintain your current weight (taking into account activity level), then you will gain weight. It doesn’t matter how “good” the source of calories is. As long as the healthy food is tasty, it can be easy to overeat. I think much of it is, and I’ll absolutely stuff myself on quinoa and kale or whatever.

The reverse is also true. If you eat 500 calories a day less than you need, you’ll lose weight even if most of those calories come from junk. Not saying this is a healthy, though.

The details are much more complex. Maybe your body prefers to burn alcohol calories before fat calories, so it is going to store away the burger and burn the beer, or whatever. Severely limiting carbohydrate calories may shift a body to ketosis metabolism, which may or may not be a good thing.

If you’re eating 500 more calories a day than you need to maintain your current weight (taking into account activity level), then you will gain weight.

It’s interesting to note though, that different people will gain different amounts of weight for the same number of calories overeaten.

This a very old but very neat study involving identical twins. All the twins were overfed the same number of calories over the same length of time yet the inter-twin pair weight gain varied widely whereas the intra-twin pair weight gain was (reasonably well) correlated. One of the key figures from the article says it all: