A Standardised List of Battles With Army and Environment Parameters

Where can I get this for ancient / WWII battles / other battles? I am looking for something like a book that contains very condensed / standardised descriptions of the parameters for each side and battle environment.

You’re not going to find standardized information like that for ancient battles. It doesn’t exist. What we have for ancient battles is informed speculation about how many combatants were present, how they were equipped, and what they did.

I don’t think any single book that will give you the information you are looking for.

You will find little on ancient battles, the original sources are generally not that detailed. However, there are a number of sources for folks who have an interest in these armies. The Roman army, famed for its discipline, organisation, and innovation in both weapons and tactics, allowed Rome to build and defend a huge empire which for centuries would dominate the Mediterranean... The Roman army (Latin: exercitus Romanus) was the terrestrial armed forces deployed by the Romans throughout the duration of Ancient Rome, from the Roman Kingdom (to c. 500 BC) to the Roman Republic (500–31 BC) and the Roman Empire (31 BC–395 AD), and its medieval continuation, the Eastern Roman Empire. It is thus a term that may span approximately 2,206 years (753 BC–1453 AD), during which the Roman armed forces underwent numerous permutations in composition, organisation, equipment and tactics,...

For more modern events, it is possible to find details for pretty much any battle, but a comprehensive list would fill an encyclopedia.

Good luck with your research

My guess is that the OP is Biff Tannen, looking to give his younger self a handy one-volume guide to how to get rich by betting on battles. 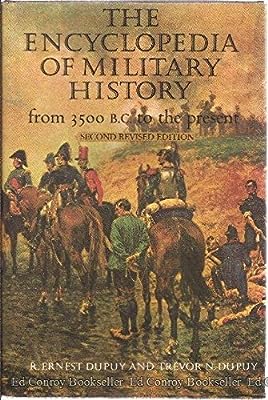 The Encyclopedia of Military History from 3500 B.C. to the Present, 2nd Revised Edition

This is pretty close, but not quite what you might want in environment information.