Maybe some of you know it already. I can spend hours there! Great pictures, well categorised. I didn’t use to be into aircraft pictures, but this site has turned me into an addict!

And you learn a lot jus browsing around.

For example, did you know that there are actually TWO “Air Force One” planes?
Well, this Dutch boy didn’t! I thought it was one plane. And why are the AF1’s actually 747-200’s, despite being delivered in 1990, when the 400 was already in production for 2 years? Questions, questions!

And some pics are just hella cool. An Air France 747 coming in VERY low at St. Maarten!

Holy smokes! Looks like a whale snuck into the hangar. Cool site, Coldfire.

I can’t stop: A flying dolphin~

This beauty is the C-17 Globemaster III. I get to work with it 5 days a week. Incidentally, Keiko the whale (Free Willy) was taken back to Iceland on one of our C-17s. 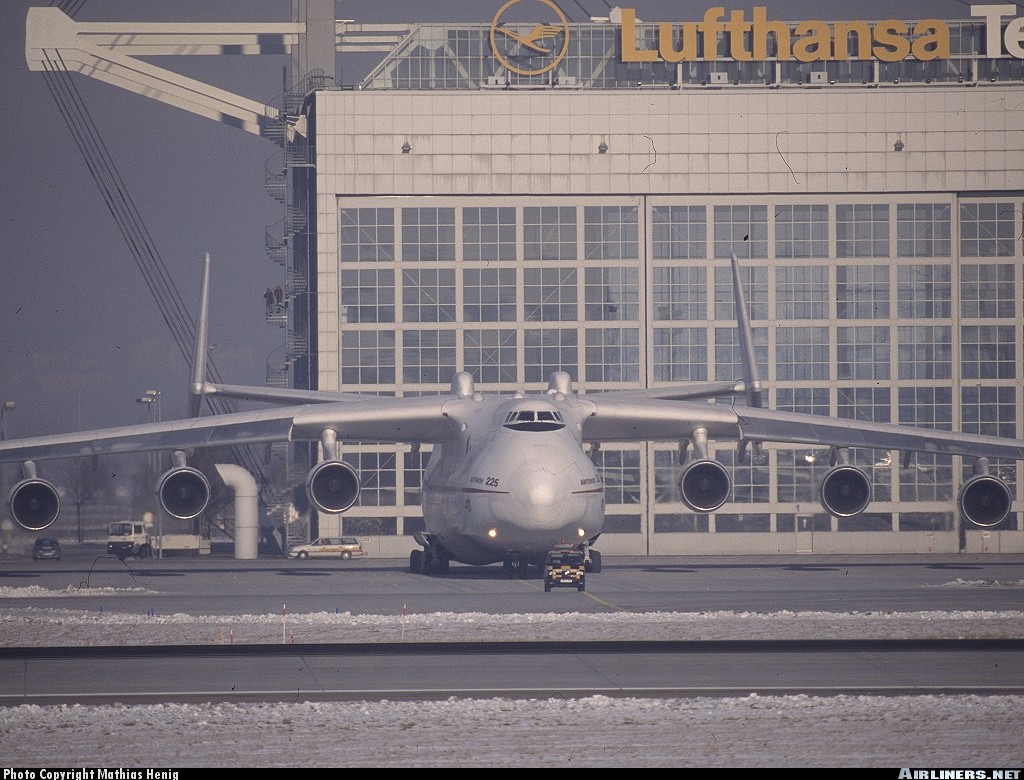 Now that is a big airplane.

Thanks Coldfire!
That is a great site.
Again, thanks for the heads up.

Here’s a something that you might like taking a look at (despite where I found it). The copy that comes with it says the following:

This is a clip video of an Air Force C-130 releasing flares to repel heat seeking missiles. The smoke patterns formed by these “decoys” are how they got their name…“Angel Decoys.” It’s truly awesome! Maneuvers are usually in remote areas, the general public does not get to see these exercises.

For example, did you know that there are actually TWO “Air Force One” planes?

Yeah and my father was on one of them when Clinton stopped by in C Springs, CO…Saw a really cool documentary on PBS, if you get a chance to find it, check it out.

Okay, now I will say something…airplanes, Sept 11, Coldfire could you possibly have waited a few days? Don’t get me wrong, I may be overly sensitive to that subject (especially since I hate airplanes) but could you have possibly posted your post in notepad and waited till later to post that?

( seriously, I don’t mean to make a big deal out of it but, my heart dropped when I read the title. )

< when will this end – the sensitive side of those of us that are fearful about these topics at this particular time? >

(yes i am really posting this )

An Antonov 124 Ruslan landing in a serious crosswind! :eek:

Techchick, to be honest with you, the combination of this thread and 9/11 hadn’t even crossed my mind. My gut feeling is “hey, planes will keep on flying”, but I see how someone could be somewhat offended by my timing. No offense was intended - it just didn’t register with me when I posted.

One morbid thing is that they have so many pictures of so many planes, that within an hour or so of a plane crash, they will have the pictures of the doomed aircraft up and linked off their front page. That’s often where the news channels get them from.

A couple of questions: (In no particular order)

There are actually warning signs on the beach at St. Maarten. Some pictures show people running from the blast. The pictures are real, unless indicated otherwise. For example, the WTC picture with the guy in winter gear, 737 approaching in the background, is on there as well - clearly labeled as hoax. Trust me, the St. Maarten pics are real.

I’m not sure about Air Force One planes. Do a search on them, I’d say!

Air Force One is any air force plane the president happens to be on at the moment.

His helicopter is Marine One.
Same goes for Army One, Navy One, etc. If he is on a civil aircraft, it’s Executive One.

Eh, Coldy, ignore me. I was overly sensitive.

After today, I could give a rat’s behind if 9-11-01 was ever mentioned again. The media went way to far and I am reeling from morning to night coverage of something that happened a year ago.

But anyhow, seriously, if you can get a hold of the PBS documentary on Air Force One, it was really quite interesting. Not even the Pres knows which AF1 he’s on.

My dad’s buddy few in Vietnam with the current main AF1 pilot and had an exclusive tour of the plane Clinton flew in on for some occasion back when. He, my father, was not a fan of Clinton but with the back door treatment he was truly wowed by the trip.

He got some presidental stuff, M&Ms and matches from the tour…I still have a packet of “official presidental matches” I have kept in my collection.

I’m sorry if I seemed a little overly sensitive, it was stupid. I woke up in the morning with a completetly different resolve and even mentioned it over at Fathom if you are interested.

*Originally posted by techchick68 *
Not even the Pres knows which AF1 he’s on.

Joey G, I knew “Air Force One” means “the plane the President is on”. I was just amazed to find out that the Prez actually has two 747’s at his disposal. Seems like an expensive hobby, but hey, one needs a back-up plan, right?

Some nations do it a little more modestly, of course. For example, the Dutch royal family has to make do with this humble Fokker 70 (quit snickering in the back!), the pride and joy of the -now defunct- Dutch aviation industry. Not only that: she has to share it with the government! Queenie, can I have the plane this Saturday?

The registration is interesting: PH-KBX. PH is the Dutch code (no idea why we ended up with PH instead of NL, like on our cars!), and KBX stands for koningin Beatrix, queen Beatrix.

All kidding aside, you gotta love a country where big, nekkid boobies are painted on the tail of an F-16 paid with my tax money.

the pride and joy of the -now defunct- Dutch aviation industry.

Huh? What happened to Fokker?

I’m afraid they went belly up in 1996, Johnny. The only remaining part that I know of is Fokker Aerospace, a research insititute that makes satellite bits for ESA. The aircraft industry was first bought by DASA (owned by Daimler Benz at the time), who sold the company entities for profit despite promises to the contrary.

Quite sad, really - one of the oldest plane manufacturers in the world, and one the stood at the very cradle of civil aviation. But I guess there’s no market for a small Dutch plane manufacturer, with competition like Airbus so closeby, and so competitive.