Medical practitioners have in the past relied on the FDA to ensure that approved meds have uses/situations where the benefits exceed the risks. That’s still the default assumption for typical day to day practice for most of us. But now we can’t trust the FDA to ensure drugs have clear potential benefits for the patient. A reliable partner in ensuring drug efficacy and safety has deserted us. I can no longer tell my patient “the drug is risky, but it can be beneficial, IF you choose to assume the risk”. To me that’s wrong. While it’s ultimately up to the doctor to weigh risk vs. benefit, to now task us with figuring out whether every approved drug out there actually has a potential benefit is a huge burden and a step backward.

We’re used to finding out drugs we thought were helpful are not, and changing our practices as a result. But to now wonder whether any new drug is beneficial at all makes me despair for practitioner and patient, as the overall equation is now tipped even more towards the shareholder/special interest.

while also being subject to regulatory capture by the very industry that it’s supposed to be regulating.

(reminds me of FAA/Boeing, y’know…)

Basically at the approval end of the system the FDA is under an enormous pressure both from the public and self-inflicted, to “Dammit, approve something!!! We need hope!”

Well, the FDA is not supposed to be selling hope. They are supposed to be making sure what is sold is something that can be confidently deemed safe and effective.

Although this is behind a paywall, I think you get 10 free reads a month: 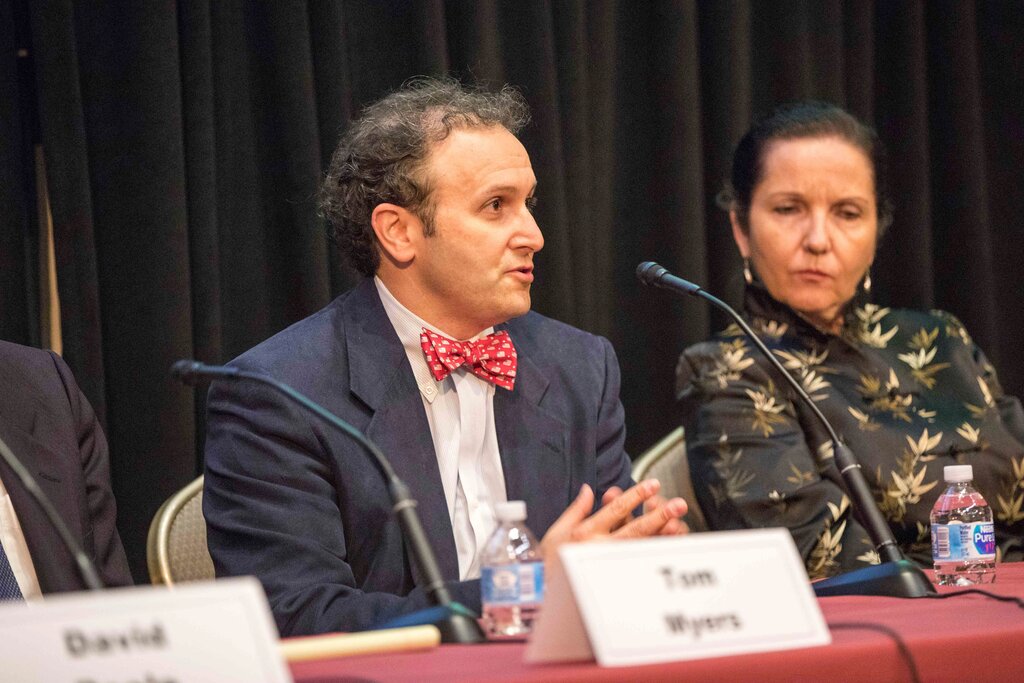 The drug, Aduhelm, a monthly infusion priced at $56,000 per year, was approved this week despite weak evidence that it helps patients.

The main point is that three of the scientific advisors to the FDA have resigned over the issue. But there is much more to the article, for example this paragraph:

The committee had found that the evidence did not convincingly show that Aduhelm could slow cognitive decline in people in the early stages of the disease — and that the drug could cause potentially serious side effects of brain swelling and brain bleeding. None of the 11 members of the committee considered the drug ready for approval: Ten voted against and one was uncertain.

But there is much much more in the article, which underlines how poor the decision was.

And @Qadgop_the_Mercotan, your invocation of the Hippocratic Oath in this case is not especially convincing as an argument about drug approval. It is doctors, the people who actually treat patients, who take the Hippocratic Oath. And, at least as I understand it, doctors are supposed to follow the “do no harm” principle under all circumstances, whether or not the FDA has given its imprimatur to a particular drug. If the FDA approves a drug but you, as a physician believe that it has “no clear benefit while having clear risks,” then it’s your responsibility not to prescribe this drug for your patient. It seems to me that your argument here is basically blaming the FDA for the choices made by medical practitioners. And it seems to me that, if doctors treat the FDA as the arbiter and gatekeeper, not only of what drugs they can’t prescribe, but what drugs that should prescribe, then maybe that’s another problem with the regulatory structure and its relationship with the practice of medicine in the United States.

The entire problem right now is that the FDA is approving something that has not been shown to be both safe and effective. I can’t see how letting that happen more often would make things better.

Doctors rely on the actual experts in pharmacology to tell them what is and is not good. They don’t do their own drug research. Heck, sometimes they accidentally give a drug that would have an interaction with a current drug, which the pharmacist only finds.

Not to mention all the doctors out there who do fall for quackery. Remember the hydroxychloroquine stuff, and how many doctors thought it worked? Imagine than multiple times 100.

Without regulatory oversight by the FDA, I would very much expect more people to wind up harmed. Not because doctors aren’t trying to avoid harming their patients, but because they are fallible humans. Having a science-based regulatory system is a good thing.

The problem is that it seems that science isn’t the motivating factor with this particular drug.

And it’s not as if the US is alone in taking this approach. Every developed country has (or has access to) a medicines agency tasked with regulating/approving drugs.

A reliable partner in ensuring drug efficacy and safety has deserted us.

I’m retired and not as up to speed as I would like to be. May I ask, Qadgop, is this a comment provoked by the current situation with this specific drug, or do you see this as a larger problem affecting multiple recent decisions?

My favorite pharmaceutical chemist’s take on this stuff. With cites to many earlier articles on this and other anti-AD drugs.

The Aducanumab Approval | In the Pipeline

As the world knows, the FDA approved Biogen’s anti-amyloid antibody today, surely the first marketed drug whose Phase III trial was stopped for futility. I think this is one of the worst FDA decisions I have ever seen, because – like the advisory...

In fact this guy worked for over a decade on anti-AD drugs ending a few years ago. He has a very well-informed and nuanced view of the biology, the bio-science, and the chemical science. And, sadly, of the shareholder- and politics-driven nonsense the FDA has increasingly been succumbing to.

Of which this latest decision is a gigantic wheelbarrow-load of shit on top of what had been a slowly accumulating shit sundae accompanied by many almost-additions that were successfully diverted at the last minute by real science overriding real greed.

But not this time.

Sure, patients should be able to consent to experimental drugs… but it needs to be informed consent. And that’s really, really tricky, because most patients don’t have sufficient scientific expertise to be sufficiently informed.

(Pharmacist here) I suspect the drug will die a slow death, because doctors won’t prescribe it.

I could be wrong, yanno.

It gets more interesting, too. Because as I alluded to upthread, throughout the studies on the drug they were using amyloid PET imaging agents (Neuraceq, Vizamyl, and Amyvid) to identify subjects with amyloid deposits and track deposits over time. Those scans cost about $5,000 all-in and as I understand it, the PI does not dictate a positive amyloid scan is required (I really do need to read the PI). So that will be another fly in the ointment for prescribing and coverage.

And again, all this to address amyloid deposits, not changes in cognition.

(Pharmacist here) I suspect the drug will die a slow death, because doctors won’t prescribe it.

I could be wrong, yanno.

What happened with the hydroxychloroquine stuff?

What happened with the hydroxychloroquine stuff? -

I know that. I was meaning when it seemed that doctors were prescribing it for COVID-19, despite no scientific support.

I was wondering how bad that increase actually was, and how you think that would compare to doctors prescribing this drug despite no data it actually works.

I’m wary that people who are desperate will insist the doctors let them try it, which I believe also happened with HCQ.