These products are targeting omnivores.

I am not a vegetarian, but I can assert pretty confidently that, among people that are, there’s a considerable variety of reasons for being vegetarian, and of attitudes toward the eating of meat.

I agree. If, for example, you read the mission statement for Impossible Foods, they talk about how their product has a smaller environmental footprint than real meat.

And some of the restaurants that serve Impossible Foods or Beyond Meat burgers cook them on the same grill as beef burgers, so they’re probably not going to appeal to committed vegetarians.

but she’ll have a black bean or cowboy burger rather than an absolute burger 100% of the time.

I was what I call de facto vegetarian* for about 9 years. My partner at the time had been vegetarian her whole life, and was disgusted by the idea of eating flesh, as well as the smell of it cooking. She ate fake hotdogs already when we met, and was familiar with the Loma Linda brand fake meat offerings. (The reason she’d been vegetarian as a child was her mother’s 7th Day Adventist roots, but my ex was not religious – she was vegetarian for ethical reasons. Loma Linda foods began as a 7th Day Adventist company that makes fairly realistic fake meat products.)

When we started cooking together, I bought a lot of fake meat because I wanted to recreate things I liked. Lots of vegetarians who become vegetarians after having eaten meat (i.e., not having been raised vegetarian from birth) will miss certain dishes. So, yes, among vegetarians, many will find meat-like products appealing.

For my ex, she had no issues at all with eating the meat substitutes, and we developed some favorites that we both really liked. There were some things I introduced her to that she loved.

Much vegetarian “gravy” is really horrible. We got some fake chicken bullion and I made real gravy from roux. It was a revelation for her. She absolutely loved it.

*I was vegetarian at home and when I went out with my then-partner. If I was out without her, I might eat meat. So, vegetarian about 98% of the time, I would estimate.

My fault for assuming because I get it it would be familiar to others. Grrr. Cowboy quinoa burgers from trader Joe’s is what I should have typed. 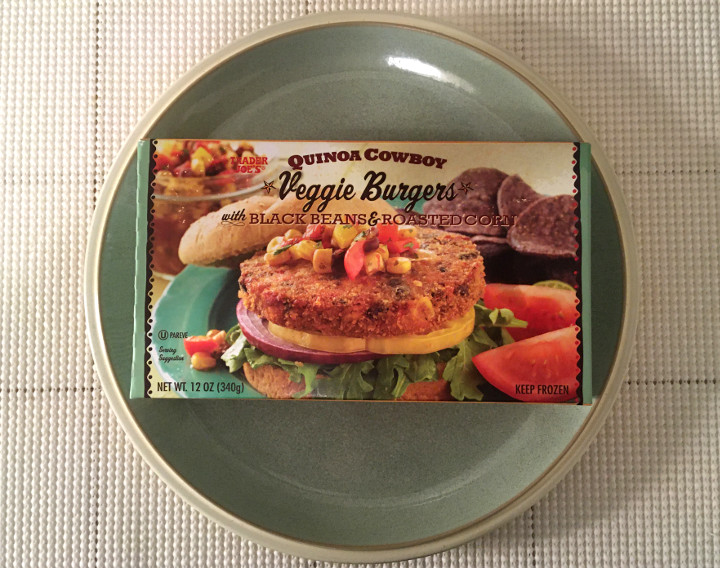 The Trader Joe's Quinoa Cowboy Veggie Burgers with Black Beans & Roasted Corn might not taste much like real burgers, but they still taste great. Read the full review at Freezer Meal Frenzy.

This isn’t a great option for anyone that’s craving an actual hamburger; the only thing burger-like about this is its patty form. If you’re looking for something delicious and high-protein you can serve on a bun, however, this patty has you covered.

Before Impossible Meat existed I tried a few veggie burgers. They all were made with grains, and it was weird eating a “grain burger” on a grain bun. Very stodgy.

Vegetarian for ethical reasons here (watched a 4 second video on Twitter by mistake 3 years ago and have not eaten meat since).

The best meals I ever had were all meat based and I like the idea of eating something that is not meat, but is getting closer and closer to the taste and texture.

Much vegetarian “gravy” is really horrible. We got some fake chicken bullion and I made real gravy from roux. It was a revelation for her. She absolutely loved it.

Really? Gravy is one of the easiest things to get right. I’m a meat-eater, but I’d have a hard time distinguishing my grandmother’s mushroom gravy from meat gravy, if I weren’t told. And yes, Gramma did know what “vegetarian” means, and cooked genuinely vegetarian food whenever any of my three vegetarian aunts were at the table.

Having three vegetarian aunts also means I have a number of cousins who were raised vegetarian. Most of them consider eating meat to be “gross”, in much the same way that most Westerners would consider it gross to eat insects. Impossible Burgers aren’t for them. But they’re not the only vegetarians in the world.

Really? Gravy is one of the easiest things to get right.

My mother, who in most regards is an excellent cook, cannot make gravy to save her life.

Really? Gravy is one of the easiest things to get right. I’m a meat-eater, but I’d have a hard time distinguishing my grandmother’s mushroom gravy from meat gravy, if I weren’t told.

I probably should have said “was really horrible,” not “is really horrible.” At the time, where I lived, every instance of vegetarian gravy I had at a restaurant was not based on roux. It tended to be thickened with nutritional yeast and/or corn starch, flavored with soy sauce and Bragg’s, and was generally thin in both taste and texture. There’s a certain variety of vegetarian food that was popular at the time that might be epitomized by the Moosewood Cookbook. Perhaps those dishes are delicious when prepared at the Moosewood, but most of them, or the similar type of cuisine I’ve had did not appeal to me.