The largest amusement park in Germany, Europa-Park, lies in the extreme west of the country, about 2 km from the national border, and immediately adjacent to a town named Rust.

The largest amusement park in Austria, Familypark, lies in the extreme east of the country, about 2 km from the national border, and immediately adjacent to a town named Rust.

What amazing but trivial coincidences have you learned about recently?

What does “Rust” mean in German?

Nothing. It’s just the name of two unrelated towns.

What does “Rust” mean in German?

Contrary to the typical German linguistic habit of building up extremely long compound words, this bit of ur-german means “large amusement park near the border”.

I’ve been slowly getting my vinyl LP collection ripped to MP3. As the albums are recording, I tend to pore over the liner notes. Today I was recording the album “Spartacus” by the German prog rock trio Triumvirat, and noticed that the mixing engineer was Geoff Emerick. Hey, I says to myself, that’s the guy who used to work with the Beatles.

Next up in the T’s was Robin Trower’s “Bridge of Sighs”. And looking at the liner notes, I saw that the recording engineer was… Geoff Emerick!

(Maybe not an amazing coincidence but definitely trivial!)

Anyone who’s familiar with the original “Hawaii Five-O” opening montage will recall a young lady running along the beach, and then turning her head for a close-up.

In the pilot episode for the series, one of the guest actors was familiary 50s/60s/70s face Andrew Duggan (although most won’t recall the name). His wife’s name was. . .

This is more of an anti-coincidence:

Another anti-coincidence, but not so perfect:

A friend of mine ran a marathon, which was won by a woman with same name as my friend. When she was flying home the next day, she got doted on by the flight attendants and got bumped up to first class because they thought that she won the marathon. She tried to explain the situation, but they were having none of it. She gave up and just enjoyed a first class trip home.

Spartacus is an excellent LP. But I have to say the band’s attempt (whether deliberate or not) to sound like Emerson Lake & Palmer had me calling that album Spartarkus.

Charlie Watts, the most sane drummer of the British Invasion, died the day after the birthday of Keith Moon, its least.

Spartacus is an excellent LP. But I have to say the band’s attempt (whether deliberate or not) to sound like Emerson Lake & Palmer had me calling that album Spartarkus.

Considering that they were often referred to as “the German ELP” I have to think that it was at least partly deliberate.

I live in Houston. Once upon a time, I met a man from tiny Mansfield, Ohio through some friends here in Houston. One thing led to another, and we dated, then got married. We moved to Mansfield. I had a baby in Mansfield. When the baby was about 8 months old we moved back to Houston. Eventually, we divorced.

I met another man (from a small town in Texas), fell in love, and married - all in Houston. 14 years later, he passed away.

I met yet ANOTHER man here in Houston, and even after swearing to myself I’d never marry again, we married. Guess where he was born? Mansfield, Ohio. No, he didn’t know my other husband, even though they were only 4 years apart in age.

Also, both our mothers were named Dorothy, nicknamed Dottie.

Still married to him! But a couple of odd co-inky-dinks, right?

And one other thing - we both know which way the toilet paper is supposed to unroll!

This one just happened to me. I posted a few photos of a Candystriped Leafhopper and a katydid (taken today) on my Facebook page. A friend comments how they always think how interesting it would be to see things like that in much higher resolutions. I mention how even with better cameras than mine high magnifications tend to need photo stacking software and post a link to a reasonable-looking article on macrophotography photo stacking that I googled up. Later I read the article in full and only then found that the article used a Candystriped Leafhopper as an example. 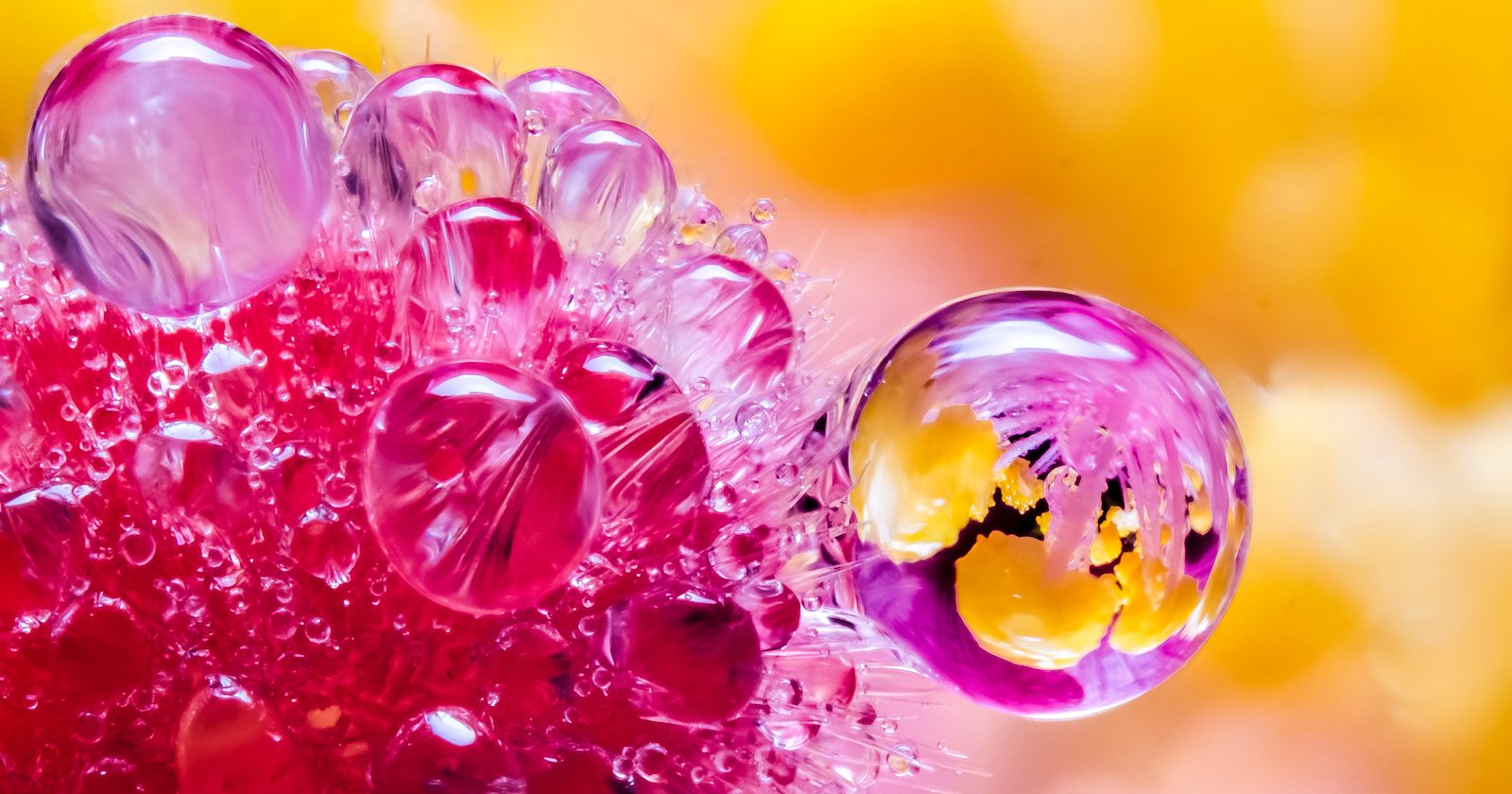 One of the greatest challenges in macro photography is the depth of field, or DOF for short. Not only does the zone of sharpness drastically fall off as

Charlie Watts, the most sane drummer of the British Invasion, died the day after the birthday of Keith Moon, its least.

Is there a complete ranking somewhere?

Bit of a long story, so here we go:

In WWII, my grandfather joined the army and ended up in the 82nd Airborne (tip of the spear, first in, last out etc) and parachuted into Normandy, France on D-day and was shot in the leg as he was descending.

When he landed, his unit was instructed to continue making its way through the country to their destination, and he ended up meeting up with and joining another band of brothers making their way to the same destination. The group consisted of men from different units, some that had gotten seperated, some who were injured, and some that had been instructed to wait for other units before making their way to their objective.

One of the men he met was a young man from - and I’m changing names here for privacy’s sake - “Peach Orchard”, WV. My grandfather being from near the Hanford nuclear facility in WA state. Him and my Grandfather, along with the other men spent several months trekking across Europe, where they got to know each other and their backgrounds.

Cut to many, many years later. I met my fiance on an online game, and we have known each other for over 10 years now. Well, there was a book written about my Grandfather’s unit and their experience during those few months titled “Red Devils” (the nickname for his Division). I had read the book several times, and started to read it again after meeting my fiance. In the book, there is mention of a man who, when I read it the first few times, meant nothing to me, because it was just a name with no face.

Once I re-read the book again, after meeting my fiance, I stumbled upon a name and hometown that was, now, significant to me, because I recognized the town name. The town where my fiance and basically her entire family have grown up and lived their entire lives.

Well, as it turns out, my Grandfather, 3/4 of a century ago, met, fought alongside and defended a man who turned out to be a longtime family friend and pastor to my fiance and her parents from clear across the entire country, when she was younger. We turned out to have a connection to each other nearly 70 years before we had even met, and there’s a decent chance that both of those men were instrumental to each other’s safe return home. I would never have known this if I had not re-read the book about my grandfather’s unit during the war after meeting her.

This happened to me about two years ago, and was so strange I wondered for a while what could explain it other than coincidence. But nothing else happened since, so, I guess that is what it was.

I rarely use Uber or Lyft type services, as generally I have people in my family who can drive me somewhere if I need to take a one-way trip. But in this case, I was working from home by myself - all my driving-age children at school, my wife away at work - and got a call around 2pm from the shop about five miles away working on my motorcycle that it was finished, but I had to pick it up by 5pm or else wait until Monday.

So, I opened the Uber app for the trip and was soon told <driver’s Arabic-male-sounding name> would be coming to pick me up in about five minutes in a black Chevy Suburban (IIRC). The driver’s current location north of me, and his planned route to come to me, was shown on the screen. Perfect.

I used the short waiting time to go into my garage to fetch my helmet and riding jacket. I noted to myself that weather was gorgeous, and my quiet side street was completely empty - no pedestrians, no people walking their dogs, no cars going past, nothing. A good day for a longer ride home, perhaps!

As I came out of the garage, I saw a black Chevy Suburban pull up and stop to idle at the end of my driveway. Right on time!

I walked down my driveway and pulled on the rear door handle. It was locked.

I said, “Hey! The door’s locked!”, waited a few seconds, and tugged again. But there was no response but the sound of the engine idling, and the door was still locked.

Had the driver not heard me? I rapped at the (tinted) passenger side window. “Yo! You gotta unlock the door!”

The window rolled down to reveal the driver, a Middle-Eastern looking woman, looking at me, still silent.

Feeling a little embarrassed I’d assumed the name had been for a man (not that she’d know that), I simply repeated, “Um, you have to unlock the rear doors for me to get in.”

I stepped back and looked at the license plate at the back of the car. Indeed, it was not the NY State TLC (Taxi and Livery Commission) registered plate required for all cabs and car service vehicles. In fact, it wasn’t a New York State plate at all - it was from New Jersey!

As I stood there befuddled as to why she’d driven down an empty street, with plenty of curbside parking, to pull up in front of my driveway and then to idle there, she rolled up the passenger window and drove off.

I wondered if she had pulled over to look for an address, waiting to pick up a neighbor of mine, but she drove off in a straight route (didn’t turn at the corner to go around the block) and disappeared into the distance.

About 30 seconds after that, another black Chevy Suburban, identical to the first one from the outside, turned around the corner onto my street from the north and pulled up in front of me. THAT was my ride. With a male driver, might I add.

Who the heck was that first lady and what was going on there? I’ll never know.

Not all that amazing. Certainly trivial. DSHAS?

I lived in Walnut Creek, CA, from 1958 to 1963. My family then moved to Richmond, VA. In 1971, I started attending college in Boston, MA. One of my randomly assigned suite-mates was from Concord, CA. One day, I mentioned that I lived in Walnut Creek, CA, when I was young and we decided to see if we knew any people in common. I started first and mentioned a next-door neighbor of my age who I had a huge crush on at the age of eight. He said, “Janet Smith?!? She was my date for the Senior Prom!”

Turned out that he had met her at some state HS student government conference and ended up inviting her to his school’s Prom. He never dated her again, though they stayed in touch. I had not seen or heard from her since moving in 1963, but she sent me a letter after she learned where I was.