Americans seem determined to be stupid, now and in the future

I don’t know that I can add much to the thread title; this is just sad and stupid. A waste of taxpayer money, and IMO likely by a lot of the same people who bitch and moan loudest about what they perceive as wasteful government spending. 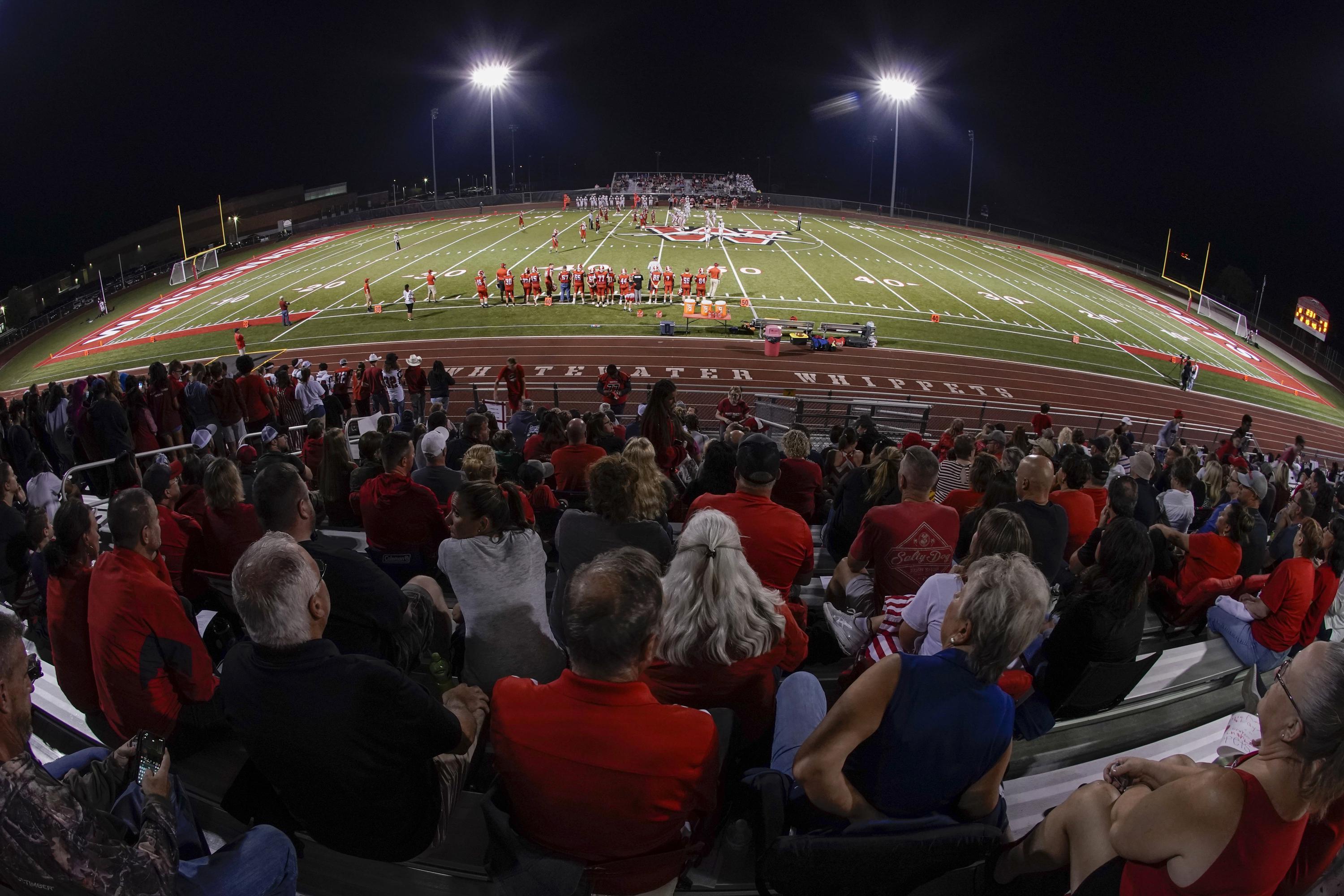 IOWA CITY, Iowa (AP) — One Wisconsin school district built a new football field. In Iowa, a high school weight room is getting a renovation. Another in Kentucky is replacing two outdoor tracks — all of this funded by the billions of dollars in...

Fuck your sports stadiums and your football teams. Football won’t cure a disease or put anyone on the moon. Baseball won’t fill bellies. Soccer won’t clean or relocate water.

Far too many Americans seem to have seriously, seriously misplaced priorities right now. And the ones in charge, some of them, are seemingly doing what they can to ensure that their children (and their children’s children) will be no better off than they themselves are.

The powerful thing about money is it’s fungible. Who knew that self serving fools would use it outside of its so-called intent? I wonder if that has ever happened before or if it’s some novel phenomenon?

Now @Snowboarder_Bo, just calm down and have some Brawndo; it has electrolytes! It’s what plants crave!

Don’t let perfect be the enemy of good. In order to 100% prevent fucktards from wasting everything on hookers and blow, then no one gets the benefit. Go big, spend it fast, gets most of the money to right place at the right time to do good.

Sucks but that is typically how the world works.

Don’t let perfect be the enemy of good.

And don’t let the fact that evil/stupid isn’t absolute be used as an excuse for it.

A waste of taxpayer money, and IMO likely by a lot of the same people who bitch and moan loudest about what they perceive as wasteful government spending

They got a bucket of cash, for a cause they don’t believe exists, from a government they didn’t vote for, whose values they don’t share and who probably stole the money anyway and the rest came from liberal elites and that’s how they like the irony cooked.

To spend it on anything but hookers, blow and football would be damm unAmerican.

I grew up in a small town full of far right types who reject science and obsess over high school sports. This isn’t surprising.

Funny, but not surprising.

It all seems to designed as a way of RW ideologues to say “fuck you” to anybody who isn’t a RW ideologue.

Now if they used the money to buy big refrigerators to hold all the dead bodies they’d be using their brains.

Now if they used the money to buy big refrigerators to hold all the dead bodies they’d be using their brains. -

And don’t let the fact that evil/stupid isn’t absolute be used as an excuse for it.

You might ask why federal money with no strings attached went to those local government entities in the first place.

Or why the Small Business Administration gave out big loans to prominent antivaxers under the Paycheck Protection Program, designed to alleviate Covid-19-related business losses. This occurred during the Trump Administration - but under the Biden Administration the SBA is now forgiving such loans.

“The beneficiaries of the SBA’s repayment amnesty include the Children’s Health Defense Co, founded and chaired by Robert F. Kennedy Jr., perhaps the most famous anti-vaccine advocate in America. Kennedy did not respond immediately to a request for comment, but public records show that the federal government forgave a PPP loan worth $145,399, plus more than a thousand dollars in interest, in March of this year.”

An SBA loan to Sherri Tenpenny D.O. (the woman who told Ohio legislators that Covid vaccination magnetizes people) has also been forgiven. And in what may be the most egregious case, about a half-million dollars in loans to two of prominent quackery promoter Joe Mercola’s companies has been forgiven. Mercola is a multi-multi-millionaire whose empire has been built on selling people useless and harmful crap, like the tanning beds he claimed would reduce the risk of cancer, for which he was sanctioned by the FDA.*

It doesn’t seem to matter to your reps in Congress who bellies up to the federal trough in times of crisis.

For another example of local/state governments misappropriating money, look no further than settlement $$$ from tobacco companies which should have been devoted to making up health care losses and smoking prevention activities, but went for all sorts of other things as well.

*Recently Mercola was warned by the FDA about selling “unapproved and misbranded drugs” for, you guessed it, Covid-19.