I have respect for them insofar as they walk the walk and talk the talk in their beliefs-if anyone has “earned” a religious exemption in theory it’s them (not that I’d give it to them, but I hope you understand what I mean). What’s the best way to encourage them to get vaccinated?

Interesting question. It sounds like a serious uphill battle: 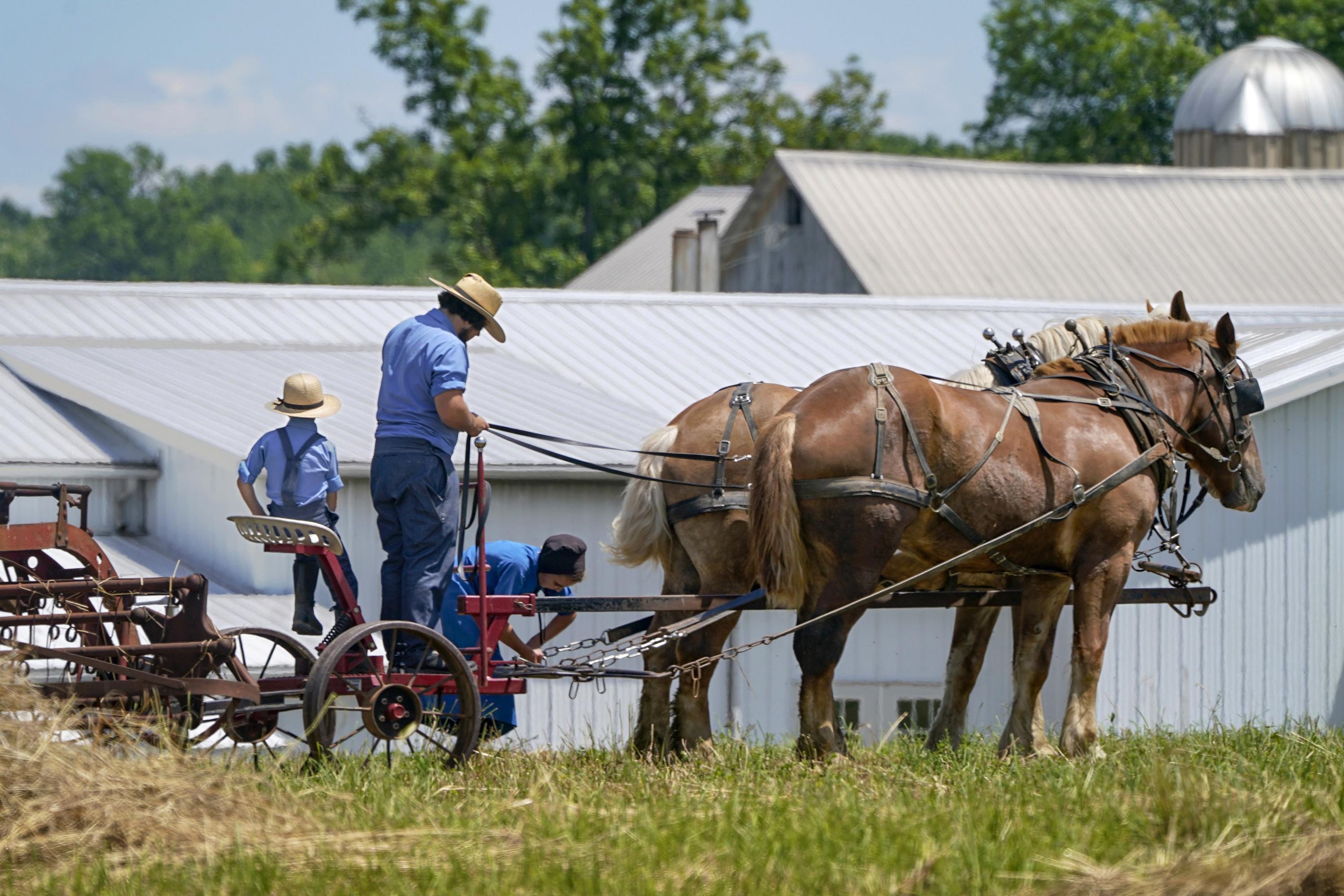 Amish put faith in God's will and herd immunity over vaccine

When health care leaders in the heart of Pennsylvania Dutch country began laying out a strategy to distribute COVID-19 vaccines, they knew it would be a tough sell with the Amish, who tend to be wary of preventive shots and government intervention.

Because many Amish work and shop alongside their neighbors and hire them as drivers, they hear the skepticism, the worries about side effects and the misinformation surrounding the vaccine from the “English,” or non-Amish, world around them even though they shun most modern conveniences.

“They’re not getting that from the media. They’re not watching TV or reading it on the internet. They’re getting it from their English neighbors,” said Donald Kraybill, a leading expert on the Amish. “In many ways, they are simply reflecting rural America and the same attitudes.”

I was once involved in caring for an Amish man who had never been immunized against tetanus. I sure hoped never to see anything like that again.

I do understand that they’re pretty good about wearing masks.

The best way to convince the Amish to get vaccinated against covid is to present it to them as a way to protect their community. That’s how they have been convinced in the past to get vaccinations (although not always successfully). They’re much more community-centered than mainstream America.

I respect them in many ways, but in others I just shake my head. Their religion can really get in the way sometimes.

How do the Amish know that it’s not God’s will that they be vaccinated? Scientists use their God-given abilities to invent a vaccine to protect God’s creations. How could the vaccine not be God’s will?

Couldn’t you use the exact same argument for televisions?

The argument the Amish use against TV’s are not that they are against God’s Will but rather that they are unnecessary exposure to “worldly” concerns and diminish community bonds. So not the same thing.

Couldn’t you use the exact same argument for televisions?

They use batteries and electric lights, and also telephones. AIUI (and I don’t understand much about many religions) they avoid technology – except when they can justify it somehow. While vaccines are created using technology, I (personally, a heathen) don’t think the vaccines are technology themselves.

I (personally, a heathen) don’t think the vaccines are technology themselves.

Why? Because it’s a liquid? It’s an entirely man made device that performs a function.

Eta: as mentioned above, some Amish do vaccinate, so there’s obviously a persuasive argument to be made.

They don’t argue that vaccines are against God’s will either, do they? I hear one of there objections is that they feel it’s a form of insurance, which is taboo.

Why? Because it’s a liquid? It’s an entirely man made device that performs a function.

It’s not a device.

Sure, it’s merely a suspension of lipid nanoparticles that encode a prefusion stabilised, membrane-anchored SARS-CoV-2 full-length spike protein. When injected it causes your cells to begin producing said protein. It’s not like it’s “a thing made or adapted for a particular purpose”.

It’s not a device.

It definitely is a device.

And it definitely is technology.

the application of scientific knowledge for practical purposes, especially in industry.

Health technology is defined by the World Health Organization as the “application of organized knowledge and skills in the form of devices, medicines, vaccines, procedures, and systems developed to solve a health problem and improve quality of lives.”

They don’t argue that vaccines are against God’s will either, do they? I hear one of there objections is that they feel it’s a form of insurance, which is taboo.

Keeping in mind I am not actually an authority on the Amish (just someone who lives near them, has had some contact with them, and investigated a little on my own) they are indeed opposed to insurance. I am not entirely clear on why that is. Perhaps they view it as an expression of doubt that God will take care of them, or trying to interfere with God’s decisions. I do know that historically they have been opposed to lightning rods and insurance, which they feel somehow fall into the same bucket.

Also keep in mind that the Amish are not a monolithic group, they are rather composed of many, many small groups behaving in similar but not identical ways.

That said - although historically they have resisted routine vaccination in recent years some headway has been made approaching this as not protecting the individual but rather the community, because the Amish are very community-centered.

This article’s summary covers the point well.. How the notion of vaccination is presented makes a big difference when dealing with the Amish. This is the link to the study referenced in the first link.

One of the frustrations with dealing with the Amish is that they sound just like every mainstream American, and they don’t look that different even if their attire is distinctive, but they are coming from very different starting points and assumptions than people from outside their communities. You’ll be talking and having a very typical conversation and suddenly they’ll say something that seems to come completely out of left field, or seems totally irrational. If you delve a little deeper, though, and try to find out their starting premise (even if you don’t agree with it) how they act starts to make more sense in context.

I’m reminded of the time Ned Flanders said he didn’t have fire insurance because he was worried it was a form of gambling.

they are indeed opposed to insurance. I am not entirely clear on why that is. Perhaps they view it as an expression of doubt that God will take care of them, or trying to interfere with God’s decisions.

My understanding ( and I am by no means an expert) is that the opposition to most forms of insurance is not exactly due to either of these issues. It is because insurance is seen as worldly and because the community has a responsibility to take care of its members. In a way , they insure themselves - no one is making a profit and they aren’t grouped in with non-Amish, but an individual Amish family with a large medical bill will not be expected to pay it on their own and in at least some cases, communities join together to provide aid to each other.

Though I consider refusing vaccination a risky and therefore foolish choice, I must admit that there are certain admirable qualities about dying for one’s beliefs.