I have a cat who has issues peeing in the bed, usually once a week. It gets old fast.
So I was wondering if there is a blanket (or similar) that would shock her when she pees. We could just ban her from the bed but would rather not if possible.

or if you have another idea I am all ears.

Read this through. Follow it. Be able to tell me you’re following it with really good reasons for any part you’re not following and what you’re doing as a reasonable alternative. Then we’ll talk.

I do have a different uncovered litter box recommendation, but I know a bunch of people who have gone the storage container cutout option and are really happy with it.

Our cat is Toilet trained…I don’t know how you can get a cleaner litter than that. I do not want to hurt the cat, I do not want to punish the cat after the fact, but a strong deterrent during the act would be super helpful, and of course she does this while we are sleeping. Hell I don’t even need a shock, a loud ass buzzer or something would work great for me. Anything that helps us let the cat out of her sleeping in the bathroom situation would be really nice. We only just started doing that as a last resort, and if she pees right before bed then we also let her sleep with us.

Cats don’t urinate inappropriately for their own enjoyment. She’s trying to tell you something. She WILL just go somewhere else if you manage to deter her from the bed.

I’ve been in feline rescue since 2002, and an animal ER technician since 2004. I have yet to meet anyone who has 100% successfully banished litter boxes from their house for the lifetime of the cat. A few years, perhaps, but as they get older (as long as indoor only housecats can live, 8 years is still considered senior, 12 and up is elderly), issues arise such as arthritis, and kidney/thyroid/diabetes issues that can affect agility and urine volume. Any of these will make a cat avoid the effort to use a human toilet. Ever falling in (you wouldn’t know if no one was home) will also have a lasing effect on her desire to use it and deciding it’s not worth the effort in the middle of the night.

But you don’t have to listen to me. Your cat is already yelling at you.

I’ll add this for the benefit of others reading here, http://manhattancats.com/Articles/toilet_train_.html, but I’m sure you’ve already heard/read the arguments against it. Heck, some cats toilet train themselves! They’re smart and yours may be perfectly fine with the toilet most of the time, but clearly at least once a week, she’s not. I would give her the option, but hey, that’s just me, who has had to counsel more people than I can count about feline urination issues.

They have bedwetting alarms, though I don’t know if they make a full sheet size, they are normally just ‘active’ in the area a person may wet. It would make a noise, not sure how effective it would be.

Shocking or punishment of a cat typically backfires, cats are very clever, long remembering and can be vengeful creatures and capable of handing back punishment far in excess then you can ever care to dole it out.

I agree that the cat is trying to tell you something, or may have a medical issue and that link seems like a great place to start. I also agree that it may be time to get her a cat litter box, not a toilet. 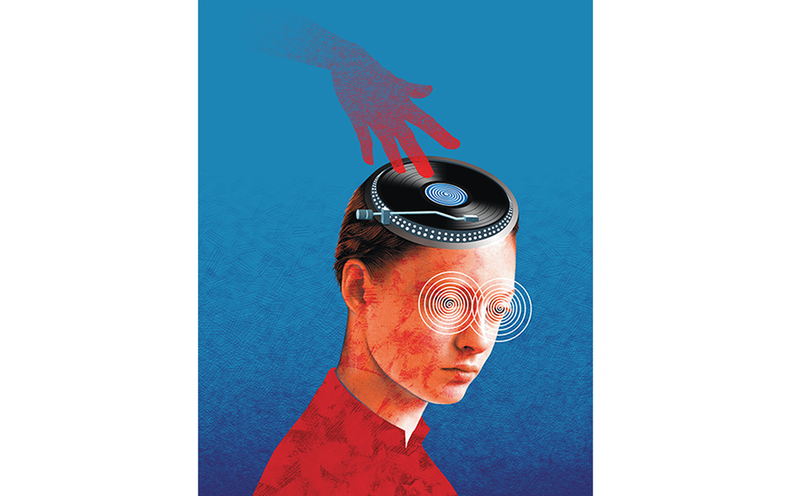 Common Parasite Could Manipulate Our Behavior

Toxoplasma gondii , an insidious and common parasite spread by cats, controls its rodent host’s brain—and may be manipulating our own behavior as well

*
“Humans are no exception. Worldwide, scientists estimate that as many as three billion people may be carrying Toxoplasma. In the U.S., there is a one-in-five chance that Toxoplasma parasites are lodged in your neural circuits, and infection rates are as high as 95 percent in other countries.”
*

It’s feces, not urine, that transfers toxoplasma (a gut protozoa) to humans It’s also transferred most commonly in unsanitary water supplies which is not a problem in the US. The other common transfer is hand to mouth, so as long as a scoop is used with litter and hands are washed immediately after scooping, also not an issue.

A cat suddenly changing it’s urinary habits is a SIGN that something has gone wrong. It could be medical, it could be psychological (maybe the neighbors got a new pet and it’s scaring your cat), it could be many things. But you need to find out what is stressing your cat, and treat that as well. Otherwise, it’s like punishing a toddler for crying (won’t work and traumatizes them).

When I was a lil kid and our cat started defecating in her food bowl, we were able to stop the problem a carrot and stick approach (note: this was years ago, so it’s probably not inline with current thinking on pet handling)

You could use any negative punishment (taking away something the cat wants) for the second part, as long as it’s one the cat won’t be comforted by or interpret as submission. But you’ve got to remove your cat’s motivation for peeing on your bed, or anything you do to demotivate them from peeing on the bed will just encourage them to continue the behavior somewhere less obvious (i.e. “don’t pee here” becomes “pee somewhere else”).

To answer your question, the only thing I’ve ever heard of that’s like a shock blanket, is a Scatmat.