Interesting article about how unusually high number of Google searches on eye pain from coronavirus hot spots suggest it may be a symptom of COVID-19. 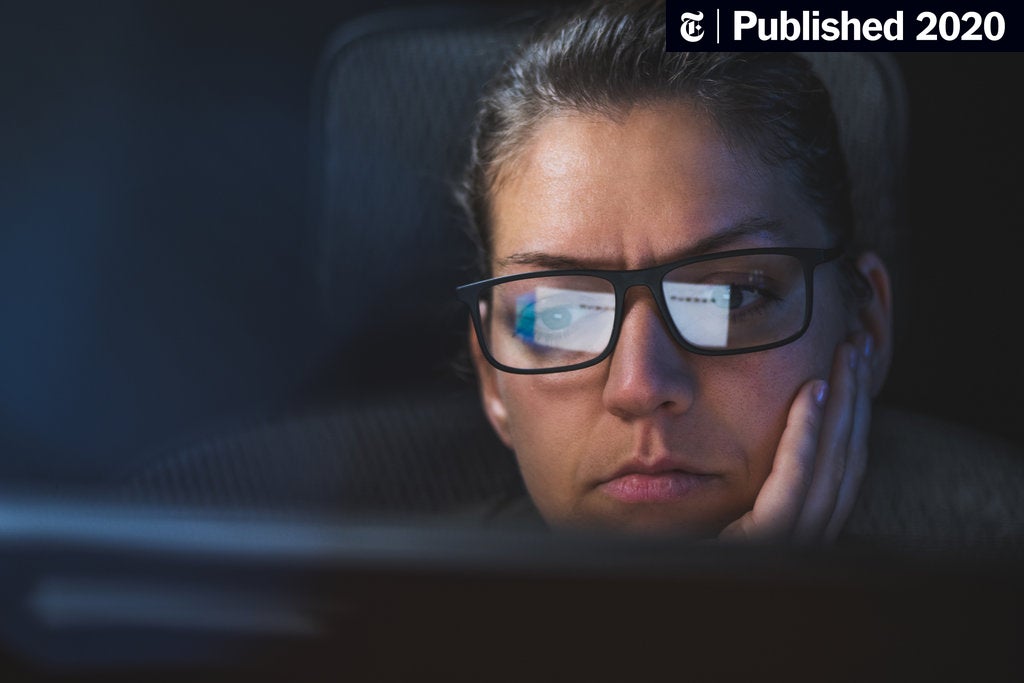 They can also reveal symptoms that at first went undetected. I may have found a new one.

The three searches most related to Covid-19 disease rates were not a surprise: loss of smell, fever and chills. The fifth and sixth searches weren’t much of a surprise either: nasal congestion and diarrhea, which have also received a lot of attention as Covid-19 symptoms.

However, the fourth-place search was a surprise: eye pain, which has not garnered much attention as a possible symptom of the disease. Searches for “my eyes hurt” over the previous week were highest in New York, New Jersey, Connecticut, Louisiana and Michigan. Such searches seem to have risen in the past two weeks almost exclusively in parts of the country that have reached very high Covid-19 rates (although the data is fairly noisy and the rise isn’t as large as it is for some other symptoms).

Cynically, time spent indoors with nothing but social media on handheld devices for entertainment is probably not a good start.

But searches from before lockdown are really are interesting.

In reality, it is a pretty cute development that Google searches could actually turn up something unexpected like this.

Well, I had that during my 3-day whatever. I sometimes get it with migraines, though, and very occasionally with seasonal allergies. But it felt like I was cutting onions. I used allergy eyedrops, though, and it mostly went away.

I will be so happy when there is testing for everyone for antibodies, rather than active infection. It would be very helpful to know if I am immune, and could take a job as an aide in a hospital. I have enough experience for the job, and they are probably desperate. And I would be perfect, because I could put in lots of hours during the crisis, but then when things normalize, and I return to my regular job, I would leave, and they wouldn’t need to worry about letting me go.

It would be hard to analyze this into any accurate meaning, much more complicated than simply looking at the difference between pre and post virus eye pain searches. Firstly, people are scared and will be researching every possible pain or symptom they’re experiencing. Some of these pains may be more benign and ubiquitous, thus previously less of a cause for searches than other. Unless we can access the search history of people confirmed positive, I don’t think we can truly conclude what anything like this actually means

When I had a cold in January, I had eye pain. But I also had a runny nose and productive cough, which supposedly aren’t symptoms of COVID.

Conjunctivitis (pink eye) is a known symptom of COVID-19.

I’ve read accounts from people with confirmed cases who talked about having burning eyes.

Good lord. Given all of the potential symptoms for Covid-19, I think I have probably had it for about 6 years.

If anyone experiences burning or achy eyes from any of these things, they’re going to immediately search “are burning/achy eyes a symptom of covid-19?”

I’ve experienced burning and achy eyes several days since the beginning of March. I take my temp most days. No infection indicated.

ETA: Yes I notice the author does mention these causes in his article, but hand-waves them away. His reasons don’t convince me.

When I had my three-day headache/GI upset/runny nose + cough/fatigue I also had eyes that were sore like they get when I cut onions. It’s a very specific sensation that I’d never experienced before, absent of cutting onions. I’ve had pink eye so painful I had to have ice packs on my eyes, and this was different. I thought it could possibly be the migraine, though, because sometimes the aura before a migraine involves a feeling of something in my left eye. I know it’s migraine-related, though, because I can’t see anything in it, and no amount of flushing it helps, but sumatriptan makes the sensation go away in about 20 minutes.

Eventually, I used allergy-relief drops in my eyes, and they helped immensely, so I figured, allergies again. I wish so much I had had reason to suspect Covid-19 back then, because I would have taken my temperature. I don’t have any recollection of feeling warm, or having fever chills. Although, the fact that I was out-of-it could have been from a fever.

If I had it, it would mean most likely that the boychik had it first, and was asymptomatic. The strange thing is that DH never seemed to get anything. But then, he’s pretty stoic. He had the shingles once, and never took anything for it. He only noticed because he saw it in the mirror. Or maybe I just didn’t give it to him. He has a pretty sturdy system, and never catches the stuff I bring home from the preschool.