I was wondering about the sentiment expressed in this article:

“Until 1996, ‘rough sports’, a category which included rugby, surfing and cricket, were specifically banned in the Australian constitution as it was feared that they may distract young people from their studies of vers libre, dodecaphonic composition and ethnological art.

“Under protest from their own citizens, the government partly repealed these laws but only to introduce Australian Rules Football, a watered down version of the game which, according to those who have played it is ‘more like a mixture of chess and expressive dance’. 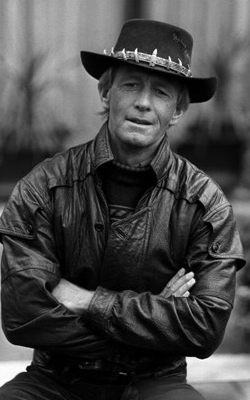 AUSTRALIA'S woeful medal tally is explained by its residents' disdain for any activity that emphasises the physical over the mental, it has been claimed.

Having a good couple of weeks, downunder?

The reason why sports were banned in the Australian was because sports were seen as a matter for the states. No one wanted to travel interstate to see a cricket game or a football game, because distances were too far, and you would have to change trains at the border anyway. There was just one exception to this: every 3 years they put together a team of cricketers that could be spared from the Sheffield Shield to go back “home” (as they fondly put) to England, to thrash the Poms at their own game.

It was only with the election of Bob Hawke (holder of an important sporting record) that Australia decided to get serious about “bloody sport”, and passed the important constitutional amendment that declared that “non-sporty types were poofters and wankers, and we all should get serious about kicking or throwing balls around large fields.”

One of the reasons that Australian Aborigines do so well and are so over represented in Australian sporting teams is that shamefully they were not, under the constitution, considered human. Consequently, up until 1996, they were the only Australians not banned from playing rugby, surfing and cricket. That’s why the iconic image of the Australian surfie is a dark skinned black haired guy standing with his surfboard and spear on the beach at Coogee.

Giles and Princhester - two strong posts. Thanks for the LOL. Naturally, you’re tied for Silver.

For Americans who found the Opening Ceremony difficult to understand, I’d bypass this thread as well.

And until 1963 it was still illegal in most Australian states (ACT excluded, due to the large contingent of foreign diplomats) for men to partake in the sport of soccer, which was only legally playable by women, and male children under the age of 6.

I can confirm that the Australian team are still major players in the competitive pint-pouring event. Unfortunately, many of the very best pint-pourers have had to leave their native hemisphere in order to best showcase their talent.

(Also, genuine lol at the responses from the Australians here

The Australian indifference to sport has long been a concern to their neighbours, the cultural and sporting leaders of New Zealand. In a show of Olympic solidarity, and in an attempt to engage the youth of Australia, the magnanimous kiwis have allowed the Australians to join their Olympic team, calling the combined forces Team Oceania and competing under the Aus Zealand flag.

This has allowed the Aussies some pride in their small contribution to the medals total of the two teams, and may (in some small way) help improve the Australian competitiveness on the sporting stage.

In Australia games such as soccer where you’re not allowed to touch the ball (because it might hurt) still remain unpopular.