Well, are plenty out there you just have to look a little harder. I would recommend the Samurai tetrology. There’s four or five of these, but I can’t remember the author’s name right off. Here’s a comic novel of Japan the was written in the 19th century. I highly recommend it. 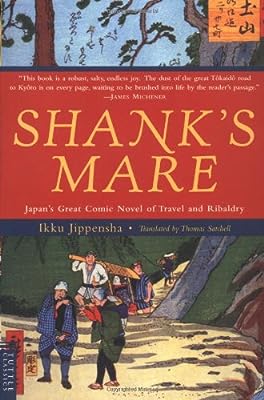 I heartily recommend them, one was actually made into a TV movie, but my grandmother loved them and I got hers=)

note - we need a thumbs up smiley …

Also, if you like mysteries, Laura Joh-Rowland’s novels of a court detective in medieval Japan are excellent.

Try The Romance of the Three Kingdoms by Luo Guanzhong, or Lo Kuan-Chung. Chinese historical fiction (about China in the Third Century) by a Chinese writer (of the 14th Century). Can’t get much more historical or Asian than that.

I remember Rebels of the Heavenly Kingdom being OK, but perhaps it’d seem a bit childish now.

Ever read the Flashman series? Set during Victorian times, and it’s all a big joke, but there’s some real history in there too. Great fun, I highly recommend them. (Note that Flashman and the Dragon is an inaccurate one.)

I heartily recommend them, one was actually made into a TV movie, but my grandmother loved them and I got hers=)

note - we need a thumbs up smiley …

I entered this thread specifically to mention Judge Dee. I’ve read all the books, and love them.

Two other people have co-authored two more Judge Dee books.One is titled Deception. The books aren’t consistent with van Gulik’s (all of which are fiction, of course), but they did keep Dee a detective. Worth th read.

For that matter, the original Chinese Judge Dee novel is stoill available from Dover books as Dee Goong An: The Celebrated Cases of Judge Dee. It was an 18th century Chinese novel (about a Tan Dynasty historical character), translated into English by the Dutch van Gulik.
The TV movie was Judge Dee and the Haunted Monastery, based on Gulik’s novel The Haunbted Monastery. I taped it off the TV. Sadly, I don’t think it’s available on VHS or DVD. Nicholas Meyer wrote the teleplay (and Stan Winston did the makeup!)

It’s not the only TV version of Dee. There was a six-episode British TV series back in the 1970s that I’d love to see.

Paul Veerhoeven (RoboCop, Total Recall, etc) was rumored t have been working on a Judge Dee movie, but it never happened.

You could give The Tale of Genji a try. It was historical fiction when it was written a thousand years ago.

It might take a bit of dedication, but I think it’s worth it. I won’t lie to you, it can be a difficult read, since the female characters don’t have names per se, and the titles by which certain characters are known changes throughout the text. But it gives a rich and nuanced portrait of what life was like in Heian Japan.

I prefer this translation for readability, but this one for the poetry-- the poems just flow better in the latter one. I actually like to read it having both copies open, comparing the two texts to get a broader sense of meaning. The former has a helpful chart at the beginning of each chapter explaning the relationships between characters, which can get a bit confusing.

There’s always Pearl S. Buck’s The Good Earth. I enjoyed it when I read it, but it’s been a while. I know Buck has written other novels set in China at about the same time. Can’t vouch for their fantasticness, though.

If you want beach reading, Amy Tan’s The Hundred Secret Senses switches between present day and Boxer Rebellion era China. It’s not terribly deep or anything, just “give your mind a break” reading.

There’s also John Hersey’s “The Call”, which is about a Baptist (I think) missionary in China. Hersey, who was the son of Chinese missionaries, even makes his parents minor characters.

Dunno, I haven’t read much in this genre that goes beyond bad stereotypes. I like Amy Tan.

James Clavell is “lite” reading but I also enjoyed his books 20 years ago. Maybe I should reread them

Another vote here for Murasaki’s Tale of Genji. And again, it’s not the easiest thing to read, but it’s not impossible, either.

Possibly? Au contraire this is the defining book by which all other samurai novels must be judged.

You can check out books by Louis Cha like the Deer and the Cauldron. Not sure if this is completely translated and published yet. Louis Cha is possible the most widely read, recognizeable author in modern China. He pioneered the mystic, taoist, buddhist, kungfu masters restoring the dynasty against all odds while helping the common man. any Chinese person has read at least a couple of his epics (5 volumes and couple thousand pages) and has a favorite.

Journeyer, by Gary Jennings is a fictionalized “memoir” of Marco Polo. [warning: requires a strong stomach for all manner of sexual perversions and graphic violence]

I would also second Gore Vidal’s Creation, a book that features characters such as Confucious, Buddha, Zoroaster, Xerxes and Socrates and traverses the ancient Eastern world from Greece to Persia to India to China.

I found Cao Xueqing’s Story of the Stone quite enjoyable, even though it is incredibly long… I’d say only read the first 80 chapters, as the rest are by a separate author. I thought it provided a lot of interesting insight to wealthy Chinese households in the 18th century.