I played an oregon trail game with some friends recently and it made me interested in the trail again (I hadn’t played the game since I was a kid).

Are there any movies (preferably a documentary, but a realistic drama would work too) about people going on the Oregon trail?

Does Ken Burns the west cover this? If so, which episode?

The 2010 film Meek’s Cutoff is a drama loosely based on a true story of settlers crossing the desert on the Oregon Trail.

I guess that this doesn’t count?

I think Bend Of The Riverhttp://www.imdb.com/title/tt0044413/ directed by Anthony Mann starring James Stewart was set set in that general era/location, splendid film if you like that sort of thing.

Just noticed you asked for realism or documentary;) I recommend the 4 part Lewis and Clark documentary I think it was by Ken Burns. Maybe it’s a bit earlier than the “Oregon Trail” era but as a Brit I was unfamiliar with the story and thoroughly enjoyed it. It was on something called PBS America over here.

No tips on realistic stories about traveling the Oregon trail, but how about the Teen Titans playing the game? There are various clips of it on Youtube.

Filmed on location in glorious Technicolor with the natural scenery in full bloom, Canyon Passage (1946) is set in mid-1850s Oregon and is at least partly concerned with the Trail. Can’t vouch for its “realism,” but compared to most Hollywood Westerns, it is certainly unconventional in a number of ways. 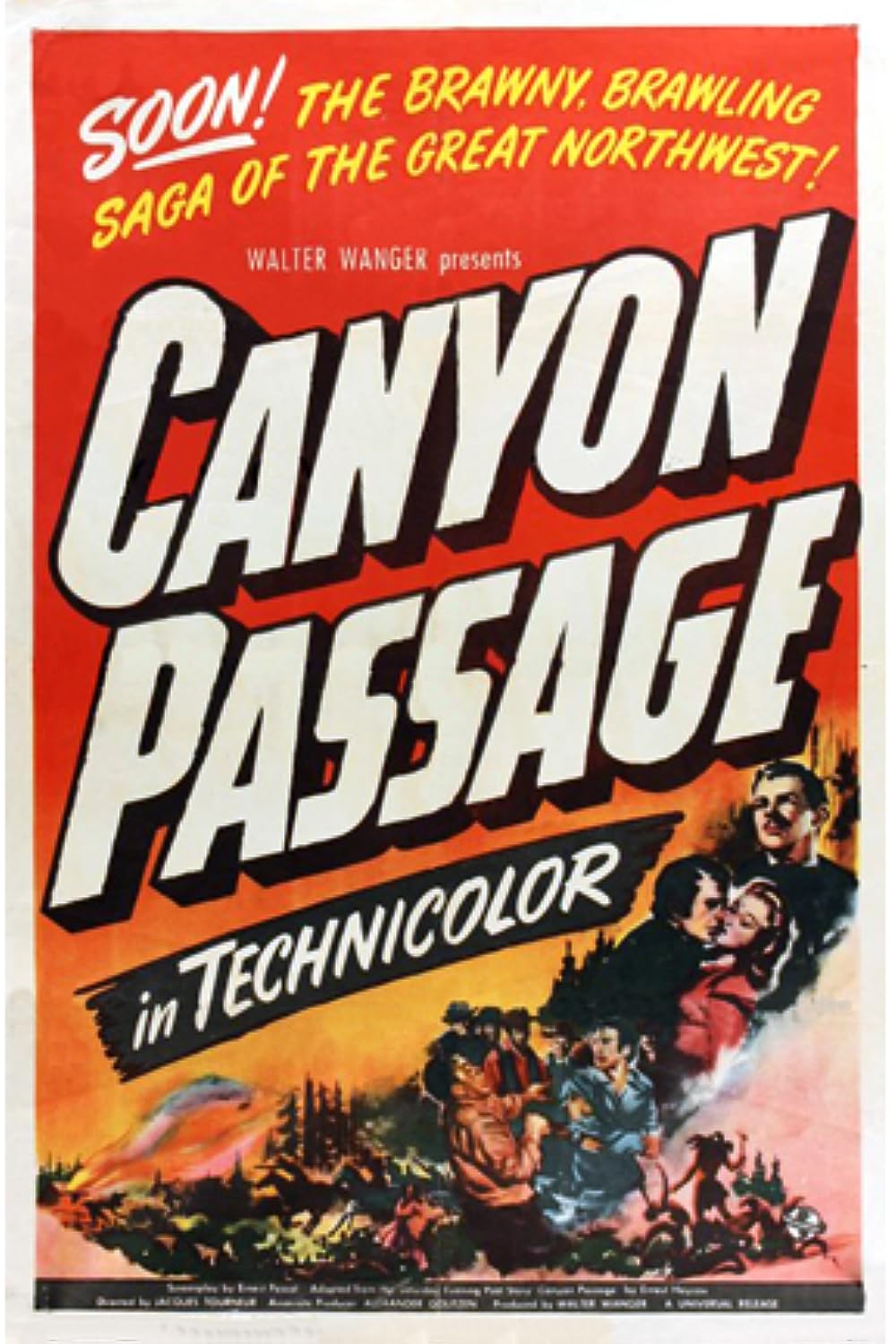 The 2010 film Meek’s Cutoff is a drama loosely based on a true story of settlers crossing the desert on the Oregon Trail.

Very, very loosely based. It’s a shame that they tied this story at all to the actual story. For one thing, the actual groups consisted of a thousand people with 200 wagons. Not the handful of wagons used in the film. Should have just changed the name and such.

And since the whole point of the story is that they left the Oregon Trail to take an alternate, untried route, it officially doesn’t count as an actual Oregon Trail story.