Anybody going to watch the Ken Burns Hemingway Documentary on PBS?

My experience with Burns docs is probably similar to many of you-- I thought the Civil War series was fantastic at the time (though I understand it didn’t age well), then had diminishing returns of little or no interest in many of the others (‘National Parks: America’s Greatest idea’ and ‘The Vietnam War’ were good; Jazz, baseball, etc. …meh).

I went through a Hemingway phase when I was younger, reading most of his work (I especially liked his short stories). I also kind of got caught up in the Hemingway myth to an extent, although even at a young age I realized he was a deeply flawed human being and a raging alcoholic, so not exactly a great role model for an aspiring writer or for anybody.

But Hemingway did have a hell of a life, while it lasted. He spent time in Michigan’s U.P., which I love to visit (and he wrote the ‘Big Two-Hearted River’ stories based in the U.P.). I took a trip to Key West in my late 20s and visited the Hemingway house, where he did some of his most prolific writing, while partying his brains out at the same time. Here’s what the guide said Hemingway’s daily schedule was back then: Wake up 6am; 6am-noon: write diligently; noon-6pm: take his boat out and go deep sea fishing; 6pm-?: hit the bars, like Sloppy Joes, and drink. At the time, still young, not yet married or seriously attached, working a boring office job in the frozen north, I admit the thought of a similar lifestyle was fun to imagine. I talked to a bartender who used to be an accountant in a northern state and gave it all up after a vacation to live in semi-poverty in the Keys; he called it “Keys Disease”.

Anyway, it looks like the Hemingway doc will only be streaming on a paid PBS subscription service or Amazon Prime video, which is an extra $3.99/mo on top of a Prime subscription, which I don’t want to pay for. So it looks like my only option is to watch it by appointment at 8pm on April 5-7. Watching something at the exact date and time the network tells me to, like the grim olden days? Horrors (shudder).

I’ll have to look out for that. I’ve been to the Keys a few times and toured the museum; plus got some scritches in to the resident cats.

If Burns did a commercial for Reverse Mortgages, I’d watch it.

Saw Burns on TV yesterday. Almost didn’t recognize him without his bangs. Turns out, there are reasons.

Almost didn’t recognize him without his bangs.

Yeah, I saw him too, on the Today Show yesterday, and I thought he looked really different but I couildn’t place it. Did he shave off some facial hair or something? No, that’s not it…then someone, Hoda Kotbe I think, said, “it’s nice to see your forehead”. 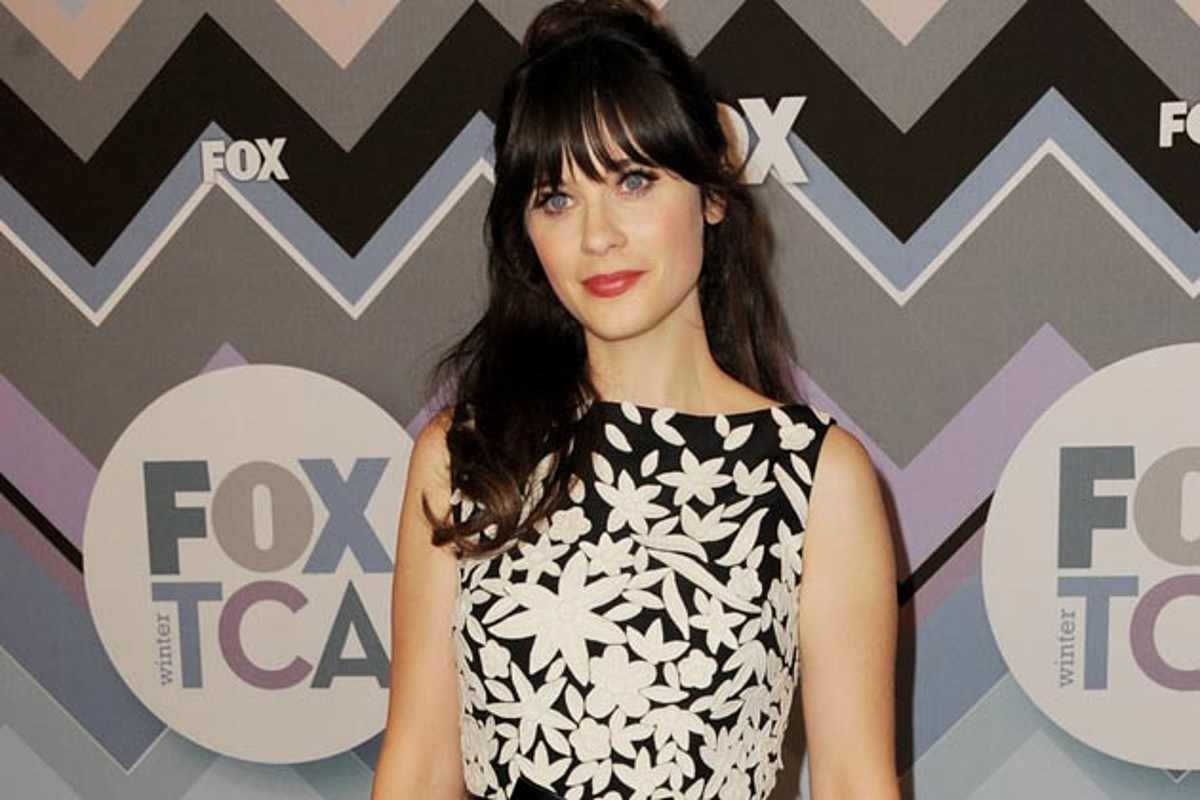 You Won't Even Recognize Zooey Deschanel Without Bangs [PHOTOS]

Whoa. They say that bangs can change your look and give you a boost -- just ask Michelle Obama. But in the case of quirky-cute actress Zooey Deschanel,

If Burns did a commercial for Reverse Mortgages, I’d watch it.

Listen, this isn’t my first documentary where I slowly zoom in and pan on a series of photographs…

This may also be of interest:

They Are Giving Hemingway Another Look, So You Can, Too

Lynn Novick and Ken Burns consider the seminal writer in all his complexity and controversy in their new PBS documentary series.

I like Ken Burns and PBS so yes I will be watching.

I can’t say I’m deeply familiar with Hemingway’s work admittingly so that’s another reason to watch. My impression has always been he’s a Greek tragedy figure in American life.

I watched the first two hours and enjoyed it. I particularly liked some of the small details in the documentary, like seeing his 1920s passport picture, and watching his writing flow, seeing a few of his 40-some drafts of the last paragraphs of A Farewell to Arms, and learning that he used little Xs as periods. But, although I like Jeff Daniels, I’m not sure his voice is “muscular” enough for Papa’s.

To learn that four of Hemingway’s immediate family of eight (two parents and six siblings, including him) eventually committed suicide… ouch. It was an appropriate touch to have suicide hotline info appear after the final credits.

I just watched the first episode. I thought it was informative and interesting. I watched the entirety of Burns’ Jazz documentary earlier this year and was exceptionally disappointed with it. It started off very well, but then got bogged down in the swing and big-band era, wasting three or four episodes analyzing Louie Armstrong and Benny Goodman, offered an interesting look at the Bebop era, but then to my absolute disgust, abruptly ended, as if jazz died with bebop. The fusion era was completely omitted. The name of the greatest musician to ever touch a bass, Jaco Pastorius, was not uttered a single time in the entire series. Keith Jarrett, the late Chick Corea, neither were mentioned even in passing. Astonishing.

Dammit, I start this thread and then I go and forget to watch the first episode. I’m just not used to appointment TV anymore. Oh well, I’m sure PBS will rerun it several times in the next few weeks or months.

To learn that four of Hemingway’s immediate family of eight (two parents and six siblings, including him) eventually committed suicide… ouch.

Not to mention his granddaughter Margaux Hemingway, who committed suicide by overdosing. Depression apparently runs hard in that family.

Dammit, I start this thread and then I go and forget to watch the first episode. I’m just not used to appointment TV anymore. Oh well, I’m sure PBS will rerun it several times in the next few weeks or months.

You can watch the entire series here:

Hemingway | A Film about Ernest Hemingway by Ken Burns and Lynn Novick | PBS...

Examine the visionary work and turbulent life of one of the greatest and most influential American writers – Ernest Hemingway. Directed by Ken Burns and Lynn Novick. Premieres April 5 at 8/7c.

Plus, if you have any sort of smart tv device (Roku, Chromecast, smart tv), you can install the PBS app and watch there.

We watched the first episode last night and enjoyed it. We’ll continue watching.

You can watch the entire series here:

Plus, if you have any sort of smart tv device (Roku, Chromecast, smart tv), you can install the PBS app and watch there.

Great, thanks! I thought I had read online that I’d have to pay a subscribtion fee to see PBS ‘premium’ content on demand.

I think there is a time limit to how long this will be available and then you have to pay a premium to stream. That’s my fairly uninformed idea of how it works. It’s available now though!

I downloaded the PBS app onto my firestick and watched the first episode last night. Thanks again for the rec, @wguy123!

I thought it was very well done and compelling, not just for the subject but for the era it brought back to life. And I was surprised by how many aspects of Hemingway’s life I knew or half-remembered, because though i’ve read a lot of his work I don’t think I ever read much about him. Maybe I read a Hemingway bio at some point in my life…? I don’t remember doing so, though. Could be just what I know about him through cultural osmosis.

I watched E2 and liked it just much as the first. Nice to see Patrick Hemingway (now 92) and the late Sen. John McCain. I kept thinking the actress doing Martha Gellhorn’s (what a jerk he was to her!) voice was terrific, but didn’t recognize her - until the final credits revealed it was Meryl Streep. No wonder!

Loved Papa’s line that For Whom the Bell Tolls in its first release “sold like frozen daiquiris in Hell.” Funny story about Hemingway taking out his fishing boat Pilar with his drinking buddies to look for U-boats, too. And did anyone else notice the briefly-shown photo of him with Ingrid Bergman?

I’m Tivo-ing this series; Burns could read the phone book and make it interesting.

I saw it on local PBS station

I saw all three episodes. They were interesting, but most of it was stuff I already knew about Hemingway. One thing I was unaware of was the fact he didn’t do too many interviews. Somehow I got the impression that during the last decade of his life, Edward R. Murrow and/or Mike Wallace had interviewed Hemingway but, judging from the footage of the painful canned written TV interview he did and his recorded Nobel Prize speech, Hemingway became stiff and uncomfortable whenever someone put a camera or microphone in front of him. That trait stands out today when nearly every author of note does the media interview circuit whenever they put out a book,

I didn’t think it was due to him being uncomfortable. I saw it more as a condition of his many brain injuries and acute alcoholism. That interview they showed was very sad. I’m guessing years earlier he would’ve blazed through interviews with gusto.

At least that is my opinion.

My wife and I enjoyed the show.

Watched and enjoyed. Learned a lot. Lived his first few years as a girl, dressed by his mom who had a fantasy of having twin daughters. Dressed EH as a girl to pass him off as a twin to his older sister.