Anyone here a lotto winner?

Just out of curiosity, anyone here a big lotto winner?
I’m mainly asking about people who have won at least $50K and up.

I was discussing this with a friend recently, and we both agreed that if we ever won a lot of money, we would become anonymous winners and only tell our family and a few close friends. Keep it out of the public eye. I’m not so concerned about old acquaintances coming out of the woodwork but scammers trying to separate you from your money in various ways. My favorite is the fake charities that lots of people fall for.

Win or lose, who admits to playing the lotto?

There are lotto winners reading this board, sure, but it’s all anonymous.

Not me, personally, but some friends of mine won a mid-sized lottery payout twice, within about five years. In both cases, they won an Illinois Lottery game, which was called “Little Lotto” back then, and is now called “Lucky Day Lotto;” each of their wins was probably in the mid-to-high five figures, after taxes.

That game isn’t nearly as high-profile as the bigger payout games (Lotto here in Illinois, as well as the multi-state Powerball and Mega Millions games), and so, they didn’t get a whole lot of publicity from it, though they definitely wound up with a lot of charities asking for donations, as well as family members looking for gifts. If memory serves, they won the lottery back when Illinois didn’t give you the option, as a winner, to remain anonymous.

They used the first win largely to pay off bills. The second win gave them some capital which they used to go into business for themselves, opening up a hot dog restaurant. Unfortunately, that restaurant failed, for a whole bunch of reasons, including bad employees, but primarily the fact that I think these particular friends just are not good at managing money.

I was discussing this with a friend recently, and we both agreed that if we ever won a lot of money, we would become anonymous winners and only tell our family and a few close friends.

With the exceptions of only a few states (a quick Google says it’s DE, MD, TX and SC), you can’t be anonymous. The winners are public record.

ETA: That was very out of date. It’s more states now. 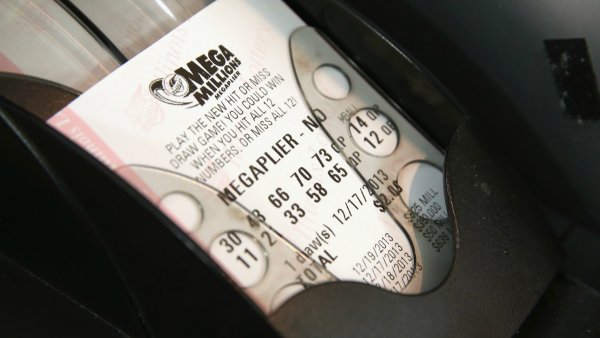 Mega Millions Jackpot: Here are the States Where Lottery Winners Can Remain...

Winning a lottery jackpot may be a wish come true, but could also bring challenges, including legal questions, requests for money and a constant barrage of unwanted attention. attention.

We won $5000 several years ago, but that’s the most. Mother played twice a week.

Where we live, you can be an anonymous lottery winner…

Is it possible to win the Lottery and remain anonymous? Yes. Under Montana law, the name of a Montana Lottery winner is not public information and we do not release the names of our winners without the expressed permission of the winner, themselves.

I corrected my out of date post. More places are allowing it now. I can see why they wanted it to be public so as to avoid the appearance of fraud but it’s a way better idea to protect the identities of the winners.

Staying anonymous is a no brainer but that won’t happen for me because I live in California and don’t play the lotto.

I once won a transistor radio; does that count?

I’d rather have a transistor radio.

I have a relative* that won $2 million in the mid 80s. You couldn’t take a lump sum back then and it paid out over 20 or 25 years. I was pretty young back then but, as I understand it, he squandered it during the early years but settled down with a wife and kids.

*I haven’t seen him in decades. His father was a cousin of my grandfather but we used to spend Christmas day at their house.

I’m a big lotto winner. I had friends who would religiously spend $5 every week for the weekly lotto.

I was held waiting at 7-11 the other day by an obviously poor man in front of me who bought 32 lotto tickets. Probably got his Canada pension cheque.

I usually win just enough to buy a ticket for the next drawing. Which, if you remember your Psych 101 textbook, is the best way to reinforce the behavior pattern. In the words of Robert Heinlein, I’m drooling like Pavlov’s dogs.

Like @Sam_Stone I’m a big winner by not playing. I know a woman in Toronto who won $250,000 one day. She asked for anonymity. Nonetheless, when she got home, her phone was ringing off the hook, mostly from charities. She turned them down, commenting that they must have bribed a lottery official. Incidentally, she figures that she is still a net loser.

Many years ago when I was working at a Blockbuster in Virginia Beach, we were doing a Rewards-sale competition in which the winner would have his choice of lottery tickets. I won, and picked a scratch-off that turned out to have $100 on it. (Of course, I could just as easily have gotten a loser.)

That bought Christmas presents during a particularly lean year.

My parents go to a local casino sometimes and have some money budgeted for slots. If one of them hits a jackpot, even one of, say, $50, they will find the other one, cash out, and leave. (Not good business for the casinos, I know LOL!). Anyway, a few months ago, my mother accidentally hit the triple play button and won $8,100. She was taken to an office and given some paperwork to fill out, a 1099, and a check for just under $7,000.

I never play those things, and don’t even win much of anything with the scratch-off tickets in my Christmas stockings.

Huh - I thought if you were bad at math, the lottery was for you?

Not me, but 2 acquaintances and 1 very close friend did. 1 million, 8 million, and 350K respectively. The first two were paid out in 30 year annuities as lump sums weren’t an option at the time.

Holy shit did people come out if the woodwork. Phone calls, sad letters, came right up to their door. The guy that won the 8 mil got so crazy from it he fled the area and lived under an assumed name for nearly a decade. That was just after winning 8 million. Imagine how bad it gets if you win half a billion. If you win and you’re able to claim it anonymously or via a trust you’re a fool if you don’t. Those grinning fools on TV with the big check are just asking for trouble.

I once won a transistor radio; does that count?

Breaker there, good buddy. I won a CB radio in the 70s… Back when I was a Buster Brown. Catch ya on the flip-flop, and watch out for that Kojak with a Kodak!

Thank god our lives weren’t recorded back then.

My radio had both AM and FM! And it quit working after about three weeks. A real high-quality item.