Are tattoos a requirement in today's dating circles?

OP we are the same age. I was forced to dive back into the dating pool a couple years ago. My girlfriend is 35. If I had a tattoo we probably wouldn’t be dating. Just one data point but there you go.

Great on guys (when done right), turn-off on girls (no matter what). One guy’s opinion.

Oh and tattoos are extra cool if you also happen to be the motherfucking king.

That is, an actual honest-to-God king, with your own country and everything.

(I graduated 2 years ago)

So, are you making 400K a year since you took over that man’s orthodontist practice?

I’d imagine that not having a tatto is the sign of being a true non-conformist nowadays. 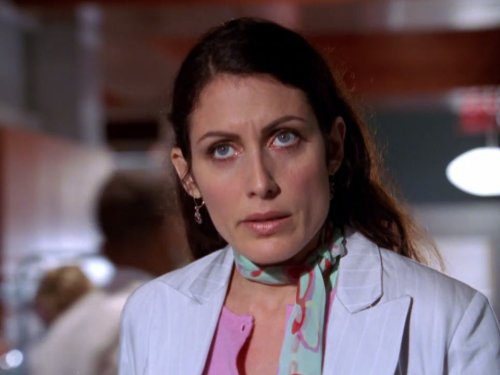 Dr. Roger Spain (First Applicant): Wow! I thought you'd be the last person to have a problem with nonconformity.

Dr. Roger Spain (First Applicant): [House won’t hire him because of a tattoo] Wow! I thought you’d be the last person to have a problem with nonconformity.

Dr. Gregory House: Nonconformity - right. I can’t remember the last time saw a twenty-something kid with a tattoo of an Asian letter on his wrist. You are one wicked free thinker! You want to be a rebel? Stop being cool. Wear a pocket protector like he does, and get a hair cut like the Asian kids that don’t leave the library for twenty hour stretches. They’re the ones who don’t care what you think.

I’m retired and so far past dating, I can’t even imagine what it must be like. But for me personally, I don’t like tats, never did, never wanted one, would hate if my husband got one. I’m not big on piercings either, especially other than earlobes.

Adults have every right to do what they want to decorate their bodies. And I have every right to think it looks tacky or moronic or silly or whatever other adjective occurs to me. I’m pretty sure if I was dating today, I would not be attracted to someone with lots of ink, and chances are even a single tat would be undesirable. If someone judges me for my lack of ink, so be it. We’d live in a pretty dull world if everyone conformed with a single notion of appearance.

I’m old enough that when I was a child, tatoos were wrinkly, sagging blotches on old people. They were also mostly black, with a little dark blue. So unless a tat is looking really crisp, I always see it blurring and sagging, in my minds eye.

This. My father had several friends who had gotten tattoos while in the service. WWII.
By the Sixties, they were blurry and a black/blue/ green color regardless of how they started.

To me, tattoos are things my father’s generation did, like wearing Old Spice and eating scrapple.

Gah. I wish they’d outlaw tattoos for people under the age of 30. Really.

I have students - kids! - with tattoos and most of them are awful. Wtf are these parents thinking?! Have I showed this one to the Dope yet? They are always asking me, “Miss! Why don’t you have a tattoo?” and it’s all I can take to not say, “Have you looked in a mirror lately?”

And probably even higher if he’s sporting something else.

I always misread this guy’s name.

I have no tatoos and will remain tattoo-free until I die. While I respect other’s right to get inked, I find tattoos to be unattractive at the least - on either men or women. Many are downright repulsive.

I suppose people have many reasons to get them, but if they are getting them to make themselves more attractive, they have gone completely in the opposite direction. IMHO.

Maybe if I got a tattoo of Natalie Portman’s face over *my *face, it would help me get laid?

As someone once said, “a woman with a tattoo on the small of her back is a woman capable of making bad decisions.” (Hence “easy.”)

When I was in my late teens/early 20s, it seemed that women around my age with tattoos were saying they were somewhat alternative/rebellious, liked pain, and did stuff because they felt like it. All desirable traits, in other words.

My fiance is 24 and has had numerous tattoos since we started dating almost 4 years ago. I wouldn’t necessarily say I find them sexy in and of themselves, but they do look good on her. She plans to get more soon, and I’m perfectly fine with that.

The sad part for me is that so many youngsters I see don’t seem to spend much time shopping around for a good artist or maybe they don’t want to spend the money. I love good ink (on someone else) but so many of the ones I see are poorly thought out and poorly executed.

Good ink on a woman is a turn on for me.

On my 50th birthday (1.5 years from now) I will get some ink. I will cover up a very small tat that I got when I was 15 years old. It will be well thought out (this time) and done by an excellent tattoo artist. I’m looking forward to being 50.

I still to this day see OKCupid and POF profiles where women say no tats. I also occasionally see a profile that says tats are a must. Most people don’t seem to care.

My personal opinion is that they cover up skin, and skin is the most attractive part of a woman, really, when you think about it. So while you can still be attractive with a tat, there’s no way it can make your more attractive.

Glasses, on the other hand…

I’m old enough that when I was a child, tatoos were wrinkly, sagging blotches on old people. They were also mostly black, with a little dark blue. So unless a tat is looking really crisp, I always see it blurring and sagging, in my minds eye.

Exactly. My Dad was a magician/puppeteer and when I was a child he was a rep for the American Guild of Variety Artists, a union for entertainers. A lot of family friends were performers, and retired performers. So I have seen what a 90 year old woman with tattoos looks like. Not pretty.

While there are a handful of people who get them when they are older, most of them are gotten by young people who are apparently incapable of imagining themselves old.

skin is the most attractive part of a woman, really, when you think about.

Gah. I wish they’d outlaw tattoos for people under the age of 30. Really.

I have students - kids! - with tattoos and most of them are awful. Wtf are these parents thinking?! Have I showed this one to the Dope yet? They are always asking me, “Miss! Why don’t you have a tattoo?” and it’s all I can take to not say, “Have you looked in a mirror lately?”

This is pretty common where I live. When I returned to tutor at the high school I graduated from, I was amazed to see the percentage of students with tattoos. None as bad as that picture above, but still…
Not to mention that piercings for the underage were pretty common, too. I remember at least one student being expelled for piercing another student in the bathroom! There were multiple students who got pierced by her. I shudder to think about the condition of the “tools” she used.

At the grocery store I worked at, there was an assistant manager who would gush about how her babydaddy was a tattoo artist and then showed me some shoddily tattoos he had given her. A lot of “artists” are just doodlers who went out and bought the equipment. Another bagboy wanted to get into it so he practiced on himself.

There are a lot of cheap places around here where it’s easy to get infections or a bad tat. One coworker had a tat that was written in four different font styles (not on purpose/what she wanted.) That stuff is permanent.

I wonder if the kids will grow up and still like these tats, especially if they’re not the best quality or something done in the heat of the drunken moment.

**Actually I would think just the opposite. Tattoos are like talking past a sale, so to speak. I can only see them as limiting for relationships as well as career ops. **

I think that tattoo removal will become a lucrative business. And that if one’s going into the tattooing business, they should know how to use a dictionary or a spell checker, at least.