Are the US insular territories part of the USA proper?

So far, I have found conflicting answers to the question of whether the territories of the United States (currently all located on islands / groups thereof) are integral parts of the United States or distinct entities that, while possessions of the USA and not sovereign, are separate from the USA as such. To explain the difference, I will mention that while both the United Kingdom and France have overseas possessions, their legal relationship to these differs. Specifically:

-The 14 British Overseas Territories, which are the last remnants of the UK’s once far-reaching colonial empire, are legally not part of the UK. The UK is made up only of the territory of England, Wales, Scotland, and Northern Ireland and islands belonging directly to those four historic countries. Everything else is a possession. Places like Bermuda, the British Virgin Islands, the Falkland Islands, or Gibraltar are legally connected to the United Kingdom but are not integral parts thereof. There are also 3 groups of islands just off Great Britain: Gurnesey, Jersey and the Isle of Man, that are considered “Crown dependencies” but are distinct from the UK as such.

-On the other hand, France has 11 inhabited and 2 claimed uninhabited overseas territories. All these, while having different kinds of political organization and different levels of regional autonomy, are considered integral parts of the French state as per the 1958 Constitution of the 5th Republic, “Overseas France” being all territory outside Europe and the older European part being considered “Metropolitan France”.

How does the legal status of the US insular territories (which are, as I understand, up to 16 in number, three of these being contested and five of these actually inhabited) compare to this? I have been able to determine for certain only this: US territories are considered “incorporated” or “unincorporated”. In the former, the US constitution applies in full, whereas in the latter, it does not (or applies only partly). One explanation I’ve read is that incorporated territories (currently only one - Palmyra Atoll; it was once part of a larger incorporated territory with Hawaii and remained so after being severed from the latter after Hawaii gained statehood) are integral parts of the USA while unincorporated ones (currently all the others, including Puerto Rico) are just possessions. However, other sources claim that all these possessions are part of the USA. The law that governs who is entitled to American citizenship uses this definition of the United States: “The term “United States”, except as otherwise specifically herein provided, when used in a geographical sense, means the continental United States, Alaska, Hawaii, Puerto Rico, Guam, the Virgin Islands of the United States, and the Commonwealth of the Northern Mariana Islands.” However, this seems to be a definition used only for the purposes of the rules laid down by this law. Note that four of the inhabited territories are listed, but the citizens of American Samoa, the only other permanently inhabited American territory, are not automatically entitled to US citizenship even though they are considered US “nationals”.

Besides what I’ve already mentioned, is there any law or SCOTUS judgment that would determine more explicitly whether these territories are or are not part of the USA proper, or is this purely a matter of conjecture?

Also, much (most?) of the area of the 50 states was once made up of territories, e.g. Arizona, Alaska, Indian Territory, Oklahoma. Before these were given statehood, was there any doubt that they were anything but integral parts of the USA?

Besides what I’ve already mentioned, is there any law or SCOTUS judgment that would determine more explicitly whether these territories are or are not part of the USA proper, or is this purely a matter of conjecture?

You might want to check out the wiki article on the “Insular cases”. It’s got a good summary of the decisions themselves, and also the criticism of the legal analysis used in those cases.

Pages for logged out editors learn more The Insular Cases are a series of opinions by the Supreme Court of the United States in 1901 about the status of U.S. territories acquired in the Spanish–American War. Some scholars also include cases regarding territorial status decided up until 1914, and others include related cases as late as 1979. When the war ended in 1898, the United States had to answer the question of whether or not people in newly acquired territories were citizens, a qu...

I suggest that the question “Is it part of the USA?” is too unspecific, and can never have a single one-word answer. But you can ask specific questions, and based on the answers then perhaps an area will fit into some category or other. Examples of such questions:

The question of whether a particular territory is “part of” or merely “belongs to” a particular sovereign country can be hard to tease out, because there is a whole range of possibilities between the two extremes. Each such territory tends to have its own unique and complex history and legal status.

Two tests that I think are helpful:

Using these tests, we can conclude (for example) that the Canary Islands are part of Spain, while the Isle of Man is not part of the UK.

Even sovereignty can be something of a grey area when you look at some of the countries in free association with the US and with New Zealand.

One of my pet peeves is that while residents of the 50 states have voting representatives in the Senate and House, none of the others do/did.

One curious fact I recently learned is that while people born in Puerto Rico, Guam, US Virgin Islands are automatically US citizens (and therefore arguably eligible to be president), those born in American Samoa are not. They are called US nationals and their US passports identify them as non-citizen nationals. Does this mean they need green cards to move to the US? I don’t know.

American Samoans do not need a green card.
And a recent court case has ruled that they are indeed birthright citizens. The Supreme Court will probably get involved soon 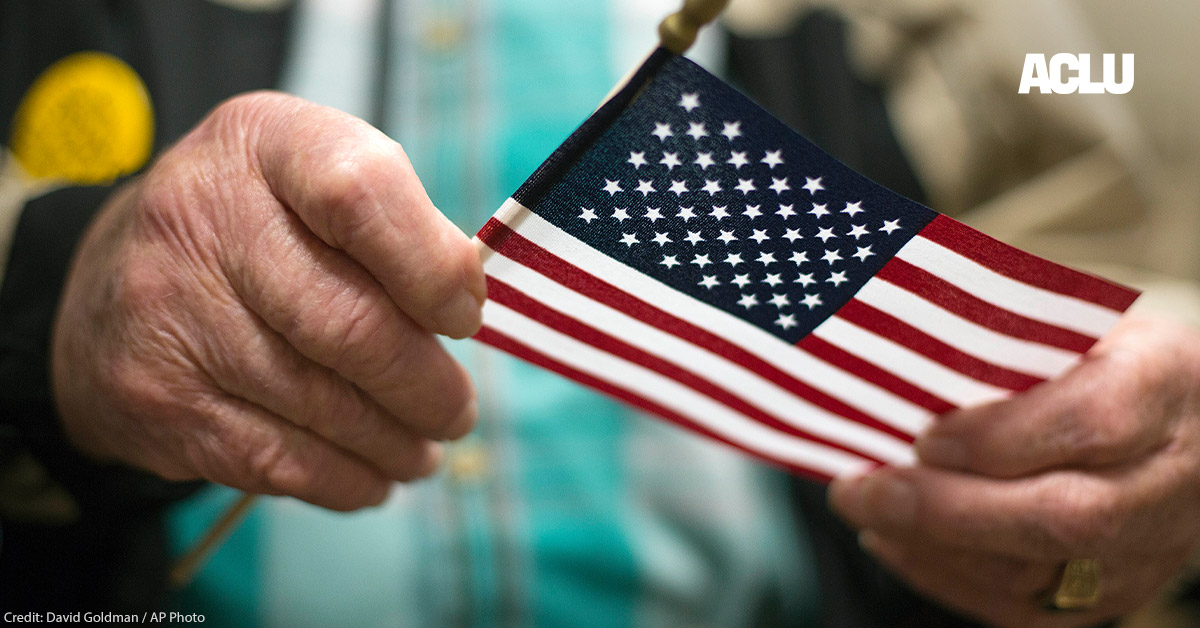 “Nationals” but not “Citizens”: How the U.S. Denies Citizenship to American...

American Samoans are Americans. It’s time we started treating them as such. 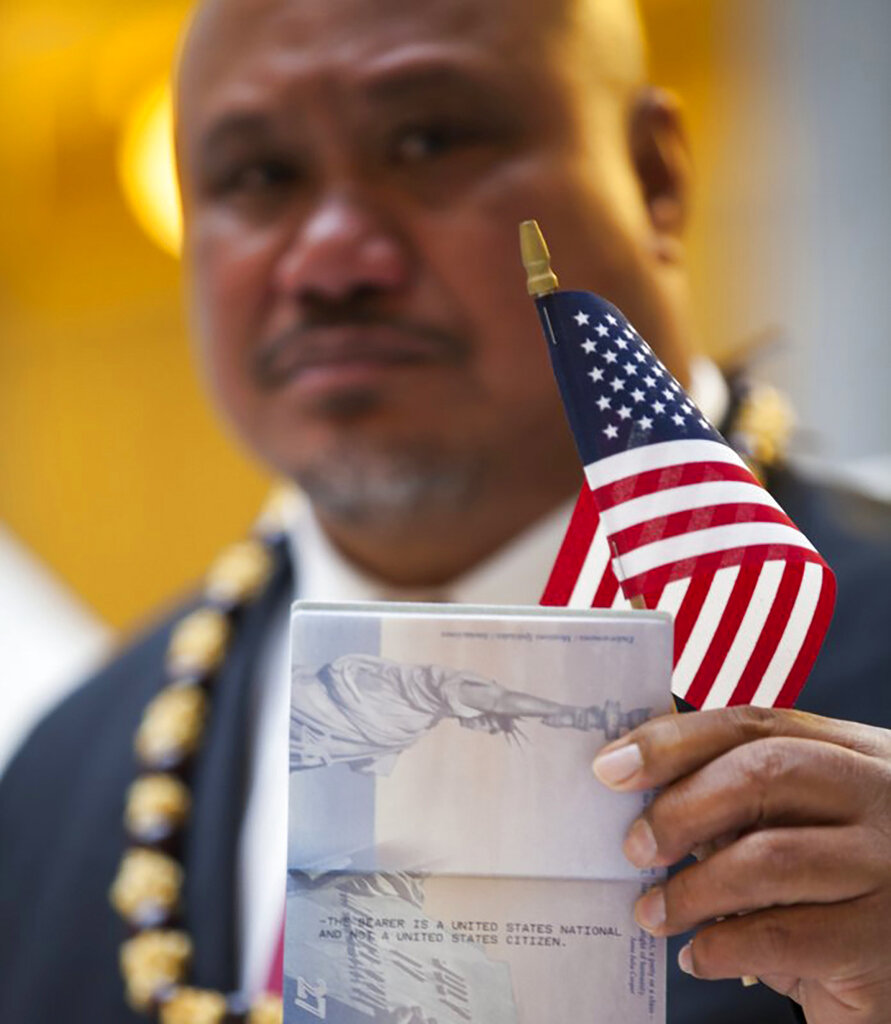 American Samoans Ruled to Be US Citizens, Decision on Hold

A federal judge in Utah ruled that American Samoans should no longer be denied birthright citizenship.