Ask the guy from El Salvador.

Or Ask the Salvadoran-American.

Seeing as El Salvador is one of the Nations the president of the USA visited on his recent trip, I thought that some would be curious to ask about the history of the place, the current conditions there, or to ask about the experiences an immigrant fleeing the former civil war from El Salvador had coming to the USA. BTW I’m an American citizen now; however, El Salvador considers anyone born in El Salvador a citizen even if one becomes an American. So, like the former Governator in California I have dual citizenship.
First, lets get this historical joke out of the way (My father even reported this was told during and after WWII)

In Germany, in Hitler’s war head quarters in Berlin, Hitler and his henchmen were looking at a world map. A messenger will drop and say:

Then a tiny red flag was put nonchalantly over Australia. Then more troopers came with more declarations:

Soon the war map was filled with a field of red flags, then suddenly one more soldier wearily comes in and said:

Hitler and Goering looked at each other…

-"Gott in himmel! Where is that?” said Hitler. No one ever heard of such a place… “Well, everybody, look for it on the map!”

After an hour of looking, everybody was beginning to think it was joke from Goebbels when suddenly one officer said:

-“Mein Fueller! I found it! It was completely covered by this white pin!”*

It was much better when one remembers the context. El Salvador declaring war to Germany, while a nice gesture for Pan American union ideals, was seen in by many in tiny El Salvador as a joke, but I always find interesting how many times tiny El Salvador gets to wiggle its way into international matters, both for good and for evil (EL Salvador also was one of the members of the coalition of the willing for the Iraq war).

How are things, post-civil war? Was there a blanket amnesty or are the guilty parties still free? It seems like there isn’t a lot space for belligerent parties to peacefully co-exist in such a tiny country. Or did a lot emigrate to neighboring countries?

What is your opinion on the civil war?

How are things, post-civil war?

It was depressing for several years, even after the report of the truth commission implicated as criminals several members of the right win ARENA party they won the previous 3 elections after the civil war. Only after demonstrating that nothing much was changing that finally the former rebels won the previous elections.

Was there a blanket amnesty or are the guilty parties still free?

It seems like there isn’t a lot space for belligerent parties to peacefully co-exist in such a tiny country. Or did a lot emigrate to neighboring countries?

Many did indeed fled the country, considering that they voted with their feet, it is not really surprising that until recently the ones that remained were in favor of the right wing party.

What is your opinion on the civil war?

Before the truth commission came out, I thought that the guerrillas were just a good number of people that opposed the government and that they mostly took arms for ideological reasons.

After the commission pointed out that more than 80 percent of the crimes were committed by the Army and death squads, it made very clear to me that the rebels would had been idiots to assume that the right could be trusted.

But even before that (just before the civil war and after a military coup in El Salvador and the election of Ronald Reagan in the USA) there was the incident of 5 opposition leaders being captured from a public meeting in broad daylight by paramilitary forces and then shot dead and tossed to a road. It was a big hint that elections were not a good way to proceed in El Salvador.

Just a note on the shortened trip of Obama to Latin America.

I was afraid that the visit that Obama was going to do to the tomb of the martyred Archbishop Oscar Romero was canceled because the Libya situation shortened his trip.

The local paper in El Salvador reported that the visit did take place, the leadership clowns of the right wing party said that he should had visited also the tomb of their dear leader from the days of the civil war. Never mind that that leader was pointed out as the murderer of the Archbishop by the truth commission.

What is your opinion on MS-13, if you have one, both here and in El Salvador?

Is it true that gang members who get deported from the U.S. back to El Salvador risk imprisonment or execution?

Do people (i.e. Americans) have an accurate sense of how life is in El Salvador? Do they assume everyone lives like those kids Sally Struthers did commercials with?

Is MS-13 (criminal gang) really dangerous?
In the USA, it is described as extremely dangerous.

What is your opinion on MS-13, if you have one, both here and in El Salvador?

That is the Mara Salvatrucha 13 gang.

Same as with any other gang, they need to be prosecuted by the proper authorities.

Is it true that gang members who get deported from the U.S. back to El Salvador risk imprisonment or execution?

Indeed, the trouble is that it is very easy for US authorities to tag as a “Marero” anyone involved of crimes unrelated to the gang, and even when the local authorities do get it right there are also many that are taking the law into their own hands in El Salvador (it does not help that many of the new vigilante forces have connections to the past death squads) and punishing the gangsters, the mostly innocents and innocent alike.

Do people (i.e. Americans) have an accurate sense of how life is in El Salvador? Do they assume everyone lives like those kids Sally Struthers did commercials with?

My impression is that that assumption is a default one for many that I meet in the USA; however, most do get better after some explanations.

Still, just about more than 1/2 of the population is very poor and the middle class is just about 8%

As for the rest:

The report stated that in 1992, the richest 20 percent of households received 54.5 percent of the national income, a proportion that had risen to 58.3 percent 10 years later.

Meanwhile, the poorest 20 percent of households got by on 3.2 percent of the national income in 1992, and just 2.4 percent 10 years later.

I was numbers like that that convinced many that those in power just did not care much about social justice and a change was needed.

Is MS-13 (criminal gang) really dangerous?
In the USA, it is described as extremely dangerous.

I worked as an immigration legal assistant at a non-profit back in the 90’s. We had a number of ABC clients. I remember they seemed trapped in a legal limbo, were allowed to remain in the US legally, but didn’t seem to have any real access to adjusting to legal residents. Officially, they could apply for asylum, but their cases never seemed to to move, and it seemed to me at least that the US government was just trying to wait them out, hoping they’d be able to find some palatable reason to send them back to El Salvador. Their dependents seemed to have it worse, as they IIRC only qualified to be able to stay in the US until they were 18. So, if you were brought to the US as a toddler when your family fled El Salvador and now you’re 18 (or was it 21?) and you know nothing of El Salvador, nuts to you. We expect you to return to El Salvador. I also seem to recall that once the Civil War was declared over, the position of the US was hey, everything’s hunky dory in El Salvador folks, so y’all leave now!

Anyway, were you an ABC client? Did INS ever actually start to process their asylum claims? Whatever happened to them? Your thoughts on the ABC class action lawsuit?

BTW, my Salvadoran clients were some of my favorites. Very, very funny.

Do you get annoyed when people confused El Salvador and San Salvador?

How do Hondurans and Salvadorans get along these days? What’s it like when they play futbol against each other? (Yeah, I know the “Football War” wasn’t really about futbol.)

Anyway, were you an ABC client?

Did INS ever actually start to process their asylum claims? Whatever happened to them?

Not sure about that one.

Your thoughts on the ABC class action lawsuit?
I thought it was a commendable effort as the INS, with the administration of the day, was denying that the Salvadorans and Guatemalans should had refugee status, in my case as I had relatives that already had citizenship or residence so I did not need the help of the church, but the settlement and the bad behavior of the Reagan administration in Central America proved to be a good combination that meant that people like me were left mostly alone.

It was a little bit later that thanks to the Amnesty law of 1986, that I formalized my status. And later became a citizen in the 90’s

BTW, my Salvadoran clients were some of my favorites. Very, very funny.

Thank you, send my regards to Vlad.

There is a saying that only if you see people from the former country in an ethnic restaurant, that means that the food is made properly.

There was a time when some “enterprising” immigrants tried to Americanize the pupusaby roasting 2 corn tortillas with the pork fat, cheese or beans filling the middle.

Fortunately, many Salvadoreans told the owners of the restaurant that that was an abomination upon the “lard”

so many Salvadorean cooks that knew how to make proper pupusas got hired.

So if others want to check it for themselves, look for a Salvadorean restaurant in your city (not much of a chance there in Japan, but with Salvadoreans you never know). (Full disclosure, one great friend of the family has a restaurant in Houston, Texas)

The platanos (plantains) with cream and beans are good also.

Do you get annoyed when people confused El Salvador and San Salvador? 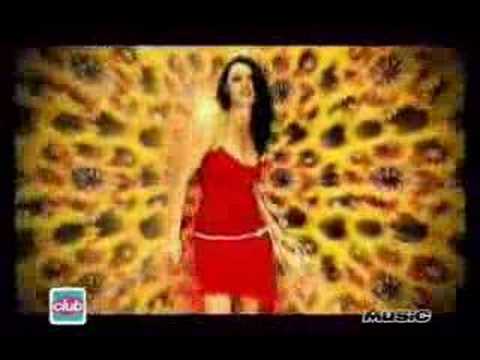 (Original song, the cover does not need to be seen)
BTW Autolycus, at the risk of hijacking my thread, how are things going in Japan? I was going to ask you if you can help me trace a Japanese family that lived in the old country that had to also leave El Salvador, One of their sons was a great childhood friends of mine and after the war we lost track of each other after they did go back to Japan, and with the latest problems I do wonder if they are ok.
GIGObuster March 24, 2011, 3:29am #16

How do Hondurans and Salvadorans get along these days? What’s it like when they play futbol against each other? (Yeah, I know the “Football War” wasn’t really about futbol.)

As for soccer, there has been virtually no problems when the teams meet nowadays. Of course, Salvadoreans may wish to have the relative success that the Honduran team had in world cups.