AstraZeneca approval in the US

Just forwarded it to my housemate who I drove to get J and J vaccine Saturday. 24 hours later she started the period from hell more than a week early. Now it seems that a temporarily debilitating period is not so bad considering. She’s 32 , so prime age for a VITT. Scary, but at least she’s under 24 hour observation by a trained nurse.

Jeez, that is scary. Fingers crossed for her.

at least she’s under 24 hour observation by a trained nurse.

LOL – nice. And I hope all goes well for her.

@Treppenwitz thanks for posting that link. It looks incredibly informative, and useful for sending people links. Bookmarking now.

(I had that very question about low platelet blood clots…)

An outline of the technical details on the probable clotting mechanism may be found here,

with more details in the referenced paper here, see the “Discussion” section:

The risk is likely somewhere around 1 in 100,000. No medicine has had testing in trials that would reveal that rare of a risk.

Yes but the audience isn’t the choir. Many of these people have already had covid and don’t see the need.

This has to be sold to the public.

Every time this story comes back, more cases have been found.

The UK is now considering raising the AZ age to over 40 rather than over 30.

Also, there was a question about this earlier:

Four cases of rare clotting were reported following a second dose, but the MHRA did not say how many second doses had been given. 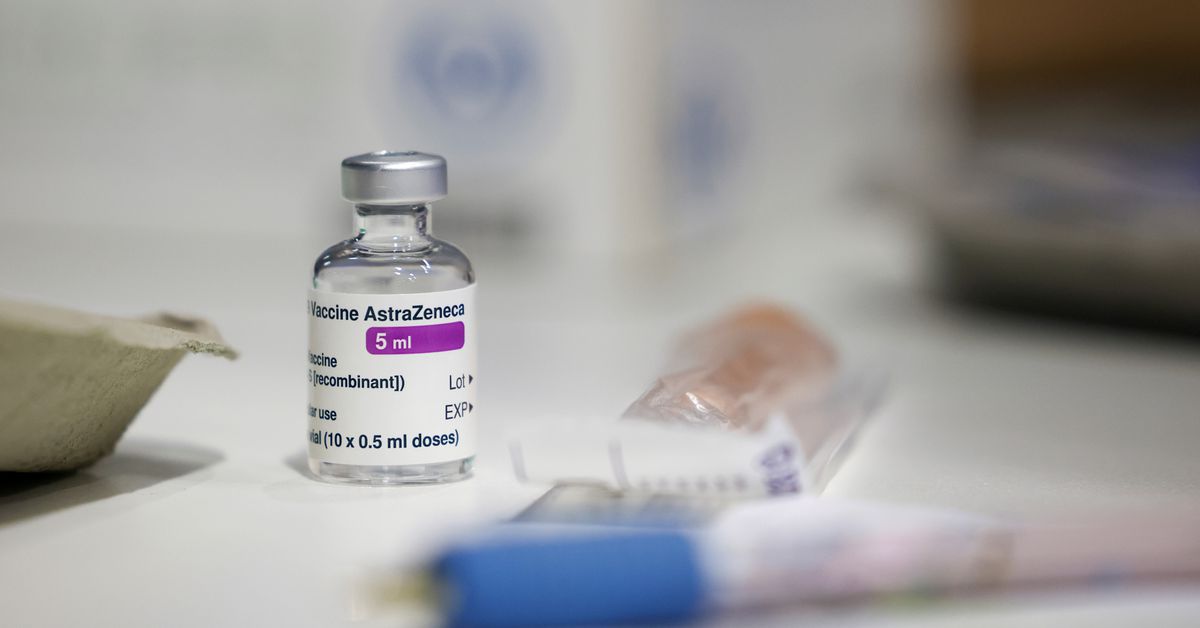 Britain's medicine regulator on Thursday said there had been a further 41 reports of rare blood clots after doses of AstraZeneca's COVID-19 vaccine, but that the benefits of the shot continued to outweigh the risks for the majority of people.

Thanks, I had missed that. Checking back, this had been reported by a few news sources in the UK, but not so emphatically that it rose far above background noise.

It’s hard to know how to interpret that - obviously, even without checking vaccination numbers at those dates, between end March and (near) end April this rise in case numbers is disproportionately large - too large to be accounted for simply by additional vaccinations. I can think of a few ways this could arise:

There are likely other factors which could contribute. What we need is a decent review article in a medical journal - I’ll keep an eye on Brief19.

I could be wrong, but I thought these were all “historical” cases. Meaning ones that had previously been missed. I’ll take another look – I may be misremembering or interpreting.

ETA: OK, it’s just an implication that some (not all) of them are historical:

There were 41 deaths following the clots in Britain, the MHRA said, an increase of 9 from last week’s figures, although experts say historic cases might still be feeding through to the totals, and the clots are set to remain a rare event.

A leading Dutch newspaper reported yesterday that scientists have calculated that the two-week pausing of AstraZeneca at the beginning of this month in The Netherlands has probably caused the loss of thirteen lives.

Just to say - if you can seemlessly switch to something else it’s one thing, but remember that not vaccinating costs lives too.

I wonder what the J&J pause did to the US. It didn’t make a huge dent in the supply, but it created a lot of FUD, and seems temporally linked with the decline in Americans being vaccinated. I wonder if that’s a coincidence or if there’s any casual link.

…Just to say - if you can seemlessly switch to something else it’s one thing, but remember that not vaccinating costs lives too.

I’m not anti the AZ vaccine - I had my second shot a week ago today, in the midst of this current brouhaha. I did risk-benefit of medicines (some, amongst other things) for a living, so I do get the wider view, and have probably posted to excess on it - see post 354 of this thread for a taster.

We would also have to consider the relative risk of anaphylaxis with Pfizer in other age groups; other serious adverse events of the different vaccines within age groups; and, in the current situation of limited supply, the overall value of prioritizing certain vaccines for certain groups. But hey, I was just trying to illustrate a principle here.

My main concern here (and I suspect @eschrodinger’s also) is that, in a rollout of vaccines rushed to market, a rollout thus critically underpinned by pharmacovigilance, the MHRA have done their PV so badly. Months on from this adverse event being identified, they are still struggling to get their pharmacovigilance database in order. It really matters

…scientists have calculated that the two-week pausing of AstraZeneca at the beginning of this month in The Netherlands has probably caused the loss of thirteen lives.

It would be nice to think that they reached that conclusion on the basis of accurate frequency and demographic data for the adverse event. Do we know if their calculations used the MHRA database? - I guess the UK has had the largest exposure, so that should be the most reliable data source.

See what I’m getting at? For multiple reasons (not least public confidence in vaccination) we need to be making good decisions here. Its tough to do if you don’t have good data to start with.

wonder what the J&J pause did to the US. It didn’t make a huge dent in the supply, but it created a lot of FUD, and seems temporally linked with the decline in Americans being vaccinated. I wonder if that’s a coincidence or if there’s any casual link.

The later. Demand has scaled back considerably. They are now advertising for walk-in vaccinations. Some states are turning away Vaccine supplies because they don’t have enough demand to warrant it. A month ago I had a heck of a time getting an appointment. Now I’m getting robo-calls, texts and emails on it from various groups including my doctor.

It’s inevitable that we get to the vaccine group who are sitting on the fence. The timing of the J&J pause was about perfect for nudging them to the “no” side of it.

Some real numbers based on national healthcare systems’ ability to find specific events. Denmark and Norway have calculated the rates of blood clots in general and CVST events in correlation with receiving the first shot of the AZ vaccine, and subtracting the background rate. 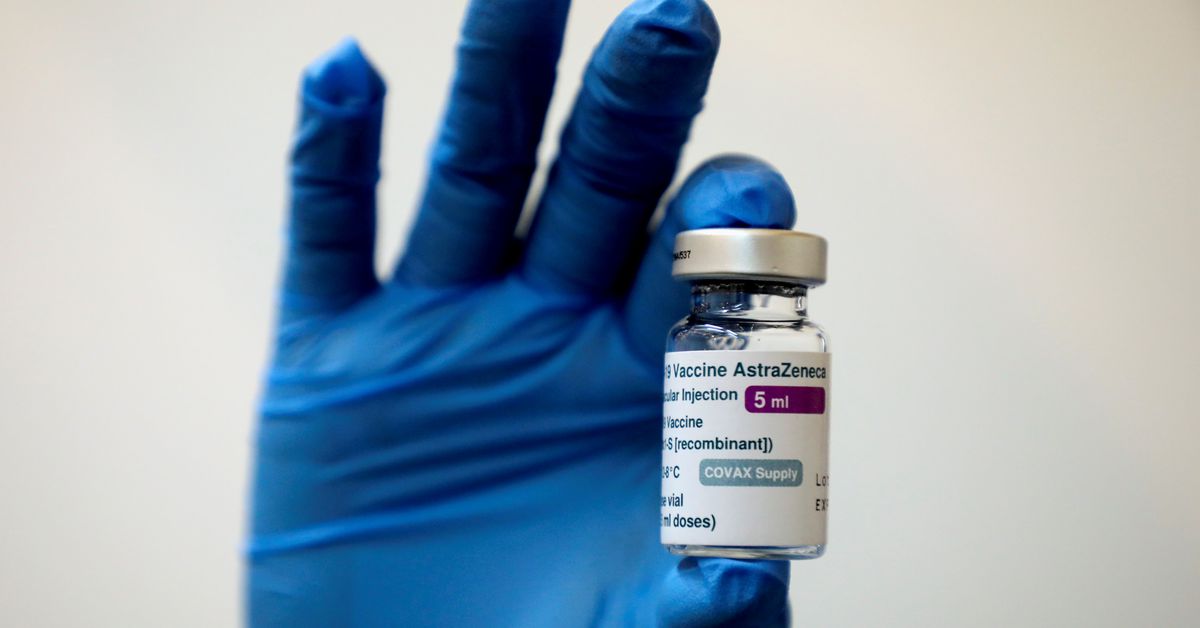 A study in Denmark and Norway has found slightly increased rates of vein blood clots among people who have had a first dose of AstraZeneca's COVID-19 vaccine, including clots in the brain, compared with expected rates in the general population.

The BMJ study looked at 280,000 18-65 year-olds in Denmark and Norway who had a first dose of the AstraZeneca vaccine between the start of February and March 11.

Using national health records, the researchers identified rates of events such as heart attacks, strokes, deep vein blood clots and bleeding events within 28 days of receiving a first vaccine dose, and compared them with expected rates in the general populations of Denmark and Norway.

As I’ve mentioned before, I’m not suggesting that people should not get the AZ vaccine, but accurate information is crucial to informed consent, and it should also inform the medical recommendations of doctors as to which vaccine is recommended for which demographic groups.

This rate information will change the risk/benefit ratios that were so quickly produced, which said only very young people in low transmission areas would be better off waiting for a different vaccine. Presumably that equation is different if the CVST rate is more like 1/40,000 than 1/100,000. Particularly if it can be further narrowed down by demographics.

And, of course, as I’ve also previously mentioned, some places have supplies of other vaccines, so that it’s just a matter of allocating that vaccine to those at highest risk from the AZ vaccine, with no one delaying vaccination.

For those interested, here’s the BMJ editorial addressing the study. It makes this salient point:

…While subgroup analyses hinted at particularly high risk of thromboembolic events among women younger than 45, lack of a discernible effect in other groups, including men, might be due to the study’s lack of power.

My bold. The excess rate of 2.5 cases per 100,000 vaccinations is an overall figure - some groups appear to be significantly more at risk than others. The suggestion is that a disproportionately high number of the events were seen in young women; with a bigger sample size*, the rate observed in that group may prove to be higher than 2.5 per 100,000; and the rates in other groups lower.

* - a bigger sample size will improve a study’s power.