Atheists: If there had to be a god, what would you want it to be like?

I would prefer a god whose nature comports with observable reality in all respects. So, natural to the extent it interacts with nature. The “three omnis” would be right out. Indeed, as I have described it, this god would have to be virtually indistinguishable from a god that does not exist given present understanding of nature according to best available evidence and current understanding.

Who in their right mind would want for god to be an asshole who could do better but just doesn’t give a damn enough to try?

Would you prefer it be a god who creates the Universe but then leaves it to its own devices and does not do anything more? (the analogy of the “creator who winds up a watch and lets it tick”)

This is what I actually believe, mainly because I can’t reconcile the laws of thermodynamics with the existence of the universe based on my current understanding of physics.

My preference would be for a deity that rewards good people and punishes bad people in the afterlife, but who lets humans do their own thing in this life, i. e. that we have free will.

But the point is being capable of understanding his plan doesn’t mean it’s a guaranteed path. God gave all of his created races free will and some of them screwed up; they showed they weren’t qualified to be part of God’s bigger plan. So God just left them alone and devoted his intention to the more promising races.

So the first part of Genesis, where God created human beings and gave them instructions and they defied his instructions and God told them he was done with them; that all happened. All of the stuff that happened afterwards, where God came back and gave humans a second chance; that’s just humans thinking they’re the center of the universe and making stuff up. God moved on.

Said another way, our part of the experiment failed and the lab’s still running only until the grant money runs out. Then we get flushed.

To answer the OP, the only even remotely philosophically hard part of the Universe to understand is “where did it come from?” All the rest is philosophically, if not technically, trivial.

So if we “need” a godish thing, it’s to solve that first part. To put the Universe into existence, into motion, and let it go. From our POV whether that godish thing “died” in the creation, just lost interest, or continues to observe passively is both unknowable and irrelevant.

The “watchmaker” metaphor some poeple use is grossly inapt, because it dates from the Victorian era of strict cause and effect; before quantum, chaos, imperfect precision, and all the rest of modern knowledge about the real world was gained. Our modern knowledge is admittedly still incomplete, but what we do know won’t be going away.

Setting it up and letting it go in no way implies the future, even the very near future, is in any sense computable. It can be predicted probabilistically at best.

Any desire for or belief in an interventionist godish thing is simply an assertion that the universe doesn’t work to your/our advantage = convenience. My response to that is “No shit Sherlock; it wasn’t meant to do that. There are far more other entities and interests involved than just yours for that to even be possible, much less desirable.”

My preference would be for a deity that rewards good people and punishes bad people in the afterlife, but who lets humans do their own thing in this life, i. e. that we have free will.

That brings up another issue. Do people want Newgod to be all-merciful or judgmental? In detail, let’s say there’s an afterlife. And Newgod offers a choice; he can create a Heaven and a Hell and send people to either one based on how they live their life or he can just create a Heaven and everyone goes there regardless of what terrible things they did while alive. Which system would you prefer?

Newgod offers a choice; he can create a Heaven and a Hell and send people to either one based on how they live their life or he can just create a Heaven and everyone goes there regardless of what terrible things they did while alive. Which system would you prefer?

Either that or God would have a different idea of what makes a bad person, in which case I might still be one of the ones being tortured forever, because I might still meet whatever God’s definition was.

If we’re going to have an after-life that lasts an eternity, why have a life at all? Just send all souls straight to heaven and be done with it. If you need new souls for some reason(?), I’m sure She can create them as needed.

this was the universe newgod created, there would be no need for prayer. What would there be to pray for?

I want the old, pre-monotheistic gods. Pretty much all of them. All sorts of gods, and you’re free to worship one, several, or none at all as you see fit. Thor, Apollo, Mithras, Shiva, go for it. Powerful enough they’re worth praying to, but not so powerful as to rule the entire universe at their whim.

And I want to see people arguing over who has the best god, like people arguing Star Trek vs. Star Wars. “Jupiter? You worship Jupiter? Man, that’s lame, he’s just Zeus with a Roman helmet!”

ETA: Essentially I want to pray like Titus Pullo. 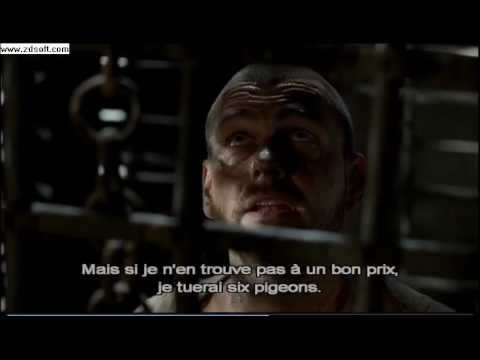 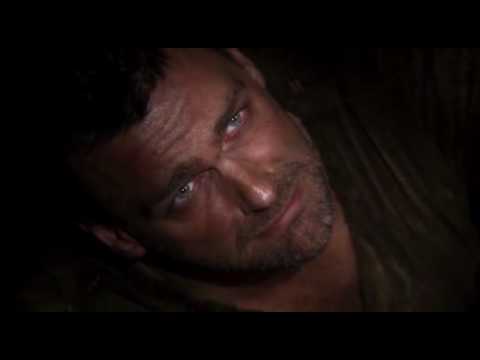 Keeping mind all the different gods I’ve heard of, and all the powers and properties that are not consistent across all of them, I choose a styrofoam cup. (Specifically one that was sitting on my desk at work fifteen years ago that I realized I couldn’t prove wasn’t a god.)

So, this god would:

Very godly, that cup. That is the god I choose.

Do people want Newgod to be all-merciful or judgmental?

I want the ideal of “strict but fair.” Yes, punish wrong-doing, but no “burn in hell for eternity” crap. And I would really prefer a god who is biased, a bit, toward mercy.

I also want a god who helps humanity become the best we can. Instead of “curing cancer,” a god who promotes literacy and sponsors learning, so we can have colleges and research labs, and cure cancer ourselves. The god I want would just “nudge that along” a little.

Newgod should essentially only make conscious agents that are themselves essentially gods; knowing all that there is to know, never suffering etc.

I had a psychedelic experience in which I perceived the universe as recursive: contained entirely by its constituents, the smallest fermion carrying within its confines the whole of everything. Of course, this leads to a tremendous flux, as the universe within strives to escape into itself contained.

When two particles join, their existential essence, the drive to expand to encompass everything that is also within, combines, and remains together with the joined order until the order is broken, at which point the combined essence moves on and merges into some other ordered group.

Hence, the essences continue to combine with others in ordered conditions, and may remain with the ordering for picoseconds, for many Alautuns or for some intermediate interval. The thing that some call “soul” is this existential essence, bound to our ordered state, and when we come to disorder, the essence will move along to recombine and expand.

Eventually, the last two expansive essences in the universe will lose their respective ordered hosts and join together to form the spirit of the Og-like entity, “briefly” encompassing the entire order of everything, to then cross the manifold boundary of recursion and continue its outward journey into itself.

That is the kind of deity I could appreciate. Though, the conflict in this metaphysic arises from the premise that saving a life is of uncertain value, because the life one is saving could reflect an essence that is urgently seeking to break its order so that it can expand toward the infinite recursive prize.

I wish I could remember what the stuff was and who I got it from.

Little gods, lots of them. Gods of particular places, that could defend them. No, you can’t cut the top off that mountain and pollute all the water! God Of This Particular Mountain will smite you before you can get well started! (But will let you live there, and defend you too, if you’re willing to live in a fashion that doesn’t destroy too much.)

Heh, similar to this, but I’d prefer to go even teenier. My beer glass has a god/spirit/kami, the beer within it has another. The laptop I’m typing on, the lighter and pipe sitting next to it, my headphones, and the countertop they all sit on have their own as well. They all have their idea of what they’re supposed to do, and they usually do it when they can to accomplish it. I’m unimportant other than I can help them further their goals in some situations. Damned if I actually know when/what those are.

Hey, it makes as much sense as the universe caring about us. I like it.

If there is a god, I would like it to be AC from “The Last Question.”

Where this universe was created for the purpose of creating man so that the last surviving entities of the previous universe can share their stories and knowledge with us.

One whose actions are distinguishable from randomness.

So - suppose we bypass that for a moment - if there had to be a god - no dodging this - what would you want it to be like? You get to choose the attributes of such a god.

I would like a god who makes an incontrovertible announcement: “I am god almighty, heed my words. I’m going to spend the remainder of time just really working on myself for a change. Do not bother me for anything, you’re entirely on your own.”

Basically, we’d just have today’s status quo, where god has no involvement in human affairs, but we’d all be clear on what the reality is. And everybody has to admit god exists, so there’s no more arguing on that point either.

If that’s fighting the hypothetical too much, and we have to have a god that does stuff, then make me god and I’ll get the rest of you sorted out promptly after a few rounds of golf.

… and I’ll get the rest of you sorted out promptly after a few rounds of golf.

How long can it take to hit 18 consecutive holes-in-one? That times a few rounds and you can get the rest that lot sorted by noon tomorrow, tops.

How long can it take to hit 18 consecutive holes-in-one? That times a few rounds and you can get the rest that lot sorted by noon tomorrow, tops.

Pshaw… I’m God, remember? I’ll get it done with a pool cue before brunch.