I don’t live there, but this is a very interesting ballot initiative that could definitely have a national effect. 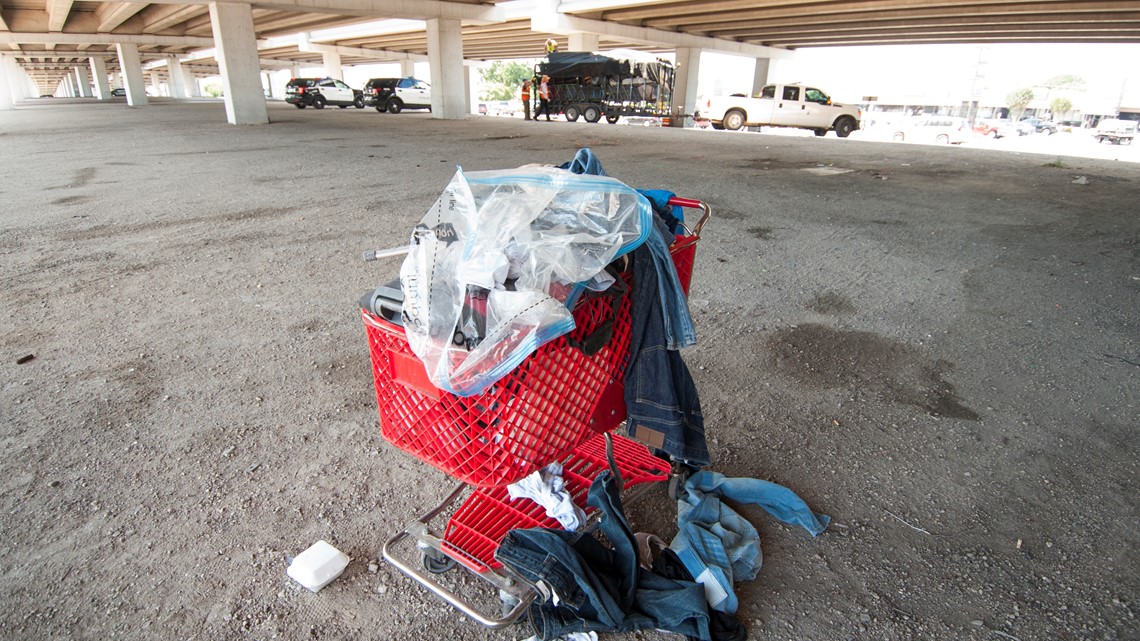 What is Proposition B on Austin's May ballot?

Proposition B gives voters the opportunity to choose whether the City of Austin should reinstate its camping ban.

It will reinstate a camping ban in downtown Austin. This will help prevent large homeless camps from developing which are almost impossible to get rid off. No one wants a mass concentration of homeless near them. Homeless camps can cost a city a lot of money such as in California when they finally got rid of that Echo Park camp. Homeless encampments at Echo Park Lake cleared after 2 nights of protests resulting in arrests | abc7.com

I’d definitely support this, there needs to be assistance for the homeless but allowing them to just take over a city is wrong. Austin is a pretty liberal city, so I expect the vote to be close. And, I’d like to see more cities being proactive and be more aggressive in preventing these types of camps so hopefully similar ballot measures will be forthcoming.

I don’t have a citation handy for this but I believe it is costlier and less effective to criminalize homelessness than it is to simply build housing.

I would oppose such a proposition until it also included an alternative to such camps. All this law would do is move the problem somewhere else.

I would oppose such a proposition until it also included an alternative to such camps.

The text of the proposition reads,

Critics will undoubtably argue that it is cruel and unusual punishment to criminalize sleeping in public places when one has nowhere else to go. Such an argument won the day in two lawsuits for the 9th Circuit, Martin v. City of Boise, 920 F.3d 584 (9th Cir. 2019) and Jones v. City of Los Angeles, 444 F.3d 1118, 1121 (9th Cir. 2006). Texas is under the 5th Circuit’s jurisdiction though, so not necessarily bound by the 9th Circuit’s decision. And if there are public areas designated by the Parks and Recreation Dept. for camping, it is possible that a court will say “you could have slept here and not broken the law”.

There are other precedents, for example Joel v. City of Orlando, 232 F.3d 1353 (11th Cir. 2000) where the 11th Circuit rejected a homeless man’s claim that a similar statute violated his Eighth Amendment rights because that particular city’s shelters were never at maximum capacity. Or Johnson v. City of Dallas, 61 F.3d 442 (5th Cir. 1995), a legal mess that was ultimately dismissed because the plaintiffs were never actually convicted under the statute they challenged.

I personally think the Eighth Amendment only applies to punishments, not to the question of whether a particular conduct can be criminalized. As I understand it the Martin decision, recently denied cert., was a big factor in repealing the old Austen ordinance.

As long as they aren’t violent and don’t cause harm or break laws (other than ones directly targeting them), it’s just NIMBYism, and I do not support that.

And, for the record, I took in my homeless cousin for a long while until we could get her better housing. This was not like we just let her stay over for a while, either: she set up camp outside. She had mental difficulties and her mom had died, and her house was condemned. And, sometimes, I think “there but by the grace of God go I.”

As for the legal argument: are those campgrounds in places where they can get to amenities needed for life, or divorced off from society? If the latter, that seems a poor substitution. Shelters could be okay, if they don’t have onerous rules and are handled in a human fashion.

But just outlawing the current way homeless people deal with things is a bad idea. It makes it clear your goal is to punish them. There’s currently a lawsuit in L.A. where the city has been ordered to creating housing for those on Skid Row, rightfully noting that a high homeless population is a failure of the city. When the numbers are high, it’s clearly a systemic problem.

Traditionally concerns are framed as dealing with disease, nuisance, and fire safety.

After a few minutes of stepping over, around, and in human feces downtown while enjoying the reek of dried human urine on every surface, one pretty quickly gets the idea that homeless folks are de facto, if not deliberately, vandalizing the public spaces they occupy.

The text of the proposition reads,

Anyone sitting or lying down on the sidewalk? I can imagine reasons why non-homeless people might sit or lay on the sidewalk. Or is the assumption that only the homeless will be harassed for this?

As an Austin resident myself, I wouldn’t support such a ban unless the city actually gives the homeless a good alternative.

Some people seem to think they can legislate the homeless (or other problems) out of existing, simple as that. Almost as if you can pass a bill demanding that they disappear with a poof.

So,tell us about the many public toilets in your area, please.

Not a risky assumption at all.

So,tell us about the many public toilets in your area, please.

Actually where I live we do have plentiful public toilets in our parks and tourist areas. I can’t quite throw a rock far enough to hit one from my front door, but I could easily hit it with a .22 pistol. Where they are utterly lacking is in the downtowns of many major US cities; places I frequent from coast to coast.

Like half our citizens’ apparent love of racist totalitarianism, homelessness is a tragic problem far beneath the lofty ideals of the USA that we desperately need to solve. And no, simplistic solutions like making it illegal to congregate in some certain downtowns won’t fix it. Neither will plentiful public toilets. Nor even plentiful free public housing and meal allowances.

No one action will solve this problem…but declarations are used far too often as an excuse to take no action at all. No one action is expected to solve the problem, each action is supposed to be a step in solving the problem.

Yes. Homelessness is one of those wicked problems where the steps that would reduce the production of new homeless people are almost unrelated from the steps necessary to deal with the existing homeless population. And both require action at a scope and scale very very far from mainstream American views on mental illness, drug use and rehab, personal responsibility, UBI, minimum wage, UHC, labor vs capital, scale of federal and state intervention in local matters, etc.

Have you ever asked any of these “people” to whom you are ascribing motives so recklessly? Could you imagine other motives?

I happen to be in favor of trying to help those homeless who want to be helped (not all of them want to live indoors, for reasons I don’t really understand). But I don’t want a bunch of them living on the sidewalk in front of my house. I don’t want them being sent here from less friendly cities and burdening our tax base and infrastructure. I don’t want them driving away tourists (when we had tourists) due to the smells and raunchy behavior.

I don’t know the background of the proposed Austin law. It sounds flawed to me. That doesn’t make it OK to ascribe mean-hearted motives to people you don’t know.

As long as this law also forbids the rich from sitting or lying down on a public sidewalk or sleeping outdoors and or camping in any public area not designated by the Parks and Recreation Department then I support the majestic equality of this law.

Up next: Techniques and recipes to turn the children of the unhoused into a most delicious, nourishing, and wholesome food. Whether stewed, roasted, baked, or boiled. Have no doubt that they will equally serve in a fricassee, or a ragoust.

I don’t want them being sent here from less friendly cities and burdening our tax base and infrastructure.

Where is this still being done?

Where is this still being done?

If it was just sleeping, I doubt there would be much problem with public camping. But in cities where this is allowed, the public areas become shanty towns with people covering large spaces with tarps and surrounded by trash. It’s very unsightly and can impact the financial viability of the area. I think a good compromise would be to allow public sleeping, but only at night and everything has to be packed up in the morning. This way people could put up a tent overnight, but they couldn’t create an unsightly, semi-permanent living area out of tarps and pallets with all kinds of furniture and other items scattered around.

And of course is on top of any other natural gradients that exist like climate, and social gradients like more lefty/righty regional politics, general social support provisions unrelated to homelessness as such, etc.