Beloved UK pop/rock acts that never caught on in the US... and vice versa

I was discussing with a friend which bands/performers were really acclaimed on one side of the Atlantic yet shockingly unknown on the other. Which ones would you say that applies to the most?

UK:
The Jam
Blur
Not quite sure about Oasis

On Wikipedia’s list of those who sold the most singles in the UK are Little Mix, Westlife, Take That, Robbie Williams (from Take That), Shakin’ Stevens (the best-seller of the entire 1980s), Status Quo, Boyzone, Boney M, Slade, UB40, Madness, The Jam, David Guetta, and Wet Wet Wet. Little Mix is ranked a spot ahead of The Beatles.

I’ve heard of a couple of these as one-hit wonders in the U.S. but most of the others are boy bands or girl groups that I couldn’t pick out of a list of “are these real?” names.

I’d add groups like Fairport Convention, The Cure, Renaissance, Roxy Music, and Simply Red. Simply Red put out 12 albums, all of which went top ten, four to number one in the UK, and they’re known in the U.S. mainly for one great single. Fairport Convention have 50 albums to their name and I bet more people here know Richard Thompson than the band he left.

The discography of Eva Cassidy, an American vocalist known for her interpretations of jazz, blues, folk, gospel, country and pop classics.

Um, O.K., I actually went just the opposite way as was requested in the OP, since Eva Cassidy is an American who’s done much better in the U.K. than in the U.S.

Sorry, what? You’re saying The Cure never caught on in the US?

Lynsey de Paul, who I think is virtually unknown in the US: 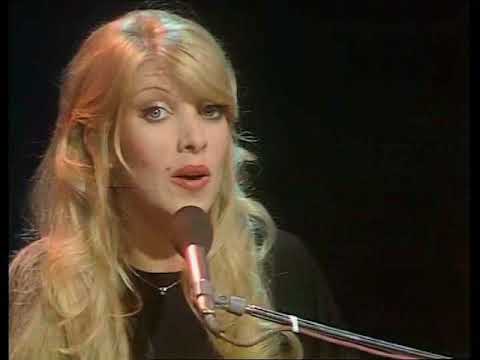 Yes, I’m saying that. They had two top ten albums and one top ten single in the U.S., “Lovesong.” It puts them into one-hit wonder territory. They admittedly did better on the alternative charts, but overall they are nowhere near as popular as they are in the U.K. I like them, but this is about what tens of millions think, not about me.

My first thought was Robbie Williams, which has been mentioned.
My second thought was Kate Bush. She had one top 30 song in the US. She had about 25 songs that made the top 40 in the UK. All of her albums were UK top 10 albums.

Good call. I should have thought of her.

I went and took another look at that top singles listing. It doesn’t contain even one of the monster-level boy bands from the U.S. So you could say that NSYNC and Backstreet Boys and Boyz II Men and all those others never caught on in the U.K. Interesting on those don’t carry over, and how K-Pop is now doing so.

What about T’Pau? They had one wildly successful single in the US and I even saw them play live in Austin, but it was my understanding that they were a bigger deal across the pond. Or so logic would suggest.

Big star in the UK and Australia.

In the US, she is best known for guest appearances on Happy Days.
Her most successful album (If You Knew Suzi…) peaked at #37, and only one single (“Stumblin’ In”) ever got into the top 40, peaking at #4.

I think US readers may picture them as a sub-parodic Spinal Tap clone. They dont even bother putting in a US column in their Wikipedia discography page. Rockin’ all over the world, except the Western Hemisphere it seems.

Had the Smiths ever a chart hit in the US? Sure, they were underground and critic’s darlings, but not very successful commercially in America, while they had constant chart success with singles and albums in the UK (and on the continent) during their short spell.

Ted Nugent? I don’t think he was ever popular in the UK, was he?

I can’t speak for the UK, but in Germany he is virtually unknown. I first heard about him in a rock lexicon and have never heard one of his songs on the radio. There are other big American bands that never caught on here, like the Grateful Dead, Blue Oyster Cult, Journey, Heart or Grand Funk. I think that applies for the UK as well, AFAIK.