I watched a German movie from 1931 called M last night. It’s a very disturbing crime thriller but also something that among movie surveys gets ranked as one of those must-see movies. I wouldn’t class it as a great film but I suppose it must have been one of the first or perhaps even the first movie of its kind. So that gives it a lasting legacy.

It did get me thinking of foreign language movies I’ve watched over the years. One of the best movies I’ve seen period is the Italian post-war film Bicycle Thieves. That is an incredible story of bleakness and human dignity and made even more special because the lead character was played by a man literally plucked off the streets. Another I class as one of the best movies of all time is the 1937 French war drama La Grande Illusion. Both are these are well known among movie history fans. A third movie that is not as well known in the west but actually was quite popular in the Soviet Union was the 1970 Indian film Mera Naam Joker. I watched this many years ago at a small club when I lived in London. I enjoyed it a lot because it touches the line between comedy and tragedy in a very personal manner and the use of flashbacks as a form lf storytelling was very well done. However it is extremely long. If you get to the end I’m sure you’ll enjoy it too but I can understand the length of time putting people off.

I could name others but those three stick out as stories that are unique stories. What are the ones that you guys like?

and a few more characters to avoid the ire of Discourse

Prisoners of the Mountains about the 1996 Chechen War, based on a story written 124 years earlier by Leo Tolstoy.

I really enjoyed Pan’s Labyrinth which was all in Spanish. Guillermo del Toro is a master of his craft, a great storyteller. 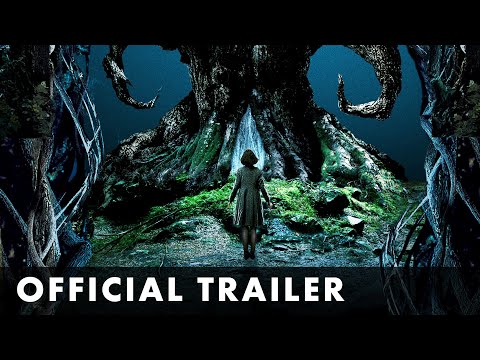 Also liked Apocalypto. The action was so good and intense you really didn’t have to read the subtitles. Its directed by Mel Gibson, what ever you think of him this is a great film. 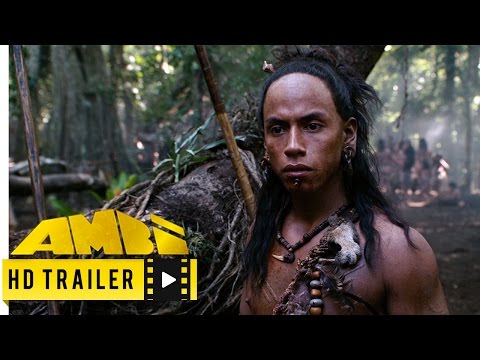 Schultze Gets the Blues.

Schultze Gets the Blues

Schultze Gets the Blues is a 2003 German comedy-drama film, the first directed and written by Michael Schorr. Schultze (played by Horst Krause) is a large, recently retired salt-miner living in Teutschenthal (near Halle, Saxony-Anhalt in Germany). Along with his also laid-off friends Jürgen and Manfred, he finds himself restless with so much spare time. For years, he has played traditional polka music on his accordion, but a series of upheavals in his life inspire an interest in American Zydeco...

Titane - French movie that is one of the best of this year and one of the most insane movies I’ve ever seen. In a good way.

Oldboy - A Korean classic movie and it deserves the fame it has.

Goodnight, Mommy - A German movie that was very thrilling and intense.

Peppermint Candy - Very powerful Korean movie. Begins with the suicide of a man at his school reunion and then flashes back(in reverse chronological order) showing his entire life and how he got to the suicidal point.

Paprika - One of the greatest animated movies from the sadly late Satoshi Kon. Essential viewing. Forget the fact that it is animated; it’s just plain amazing.

I Saw The Devil - This is not a horror movie, but it is quite intense. Nothing supernatural. A Korean movie and a rare 10 out of 10 from me.

Aniara - a cruise space-ship goes slightly off course and ends up forever lost in the middle of space. We get to watch what happens on their ship while they drift. In Swedish. 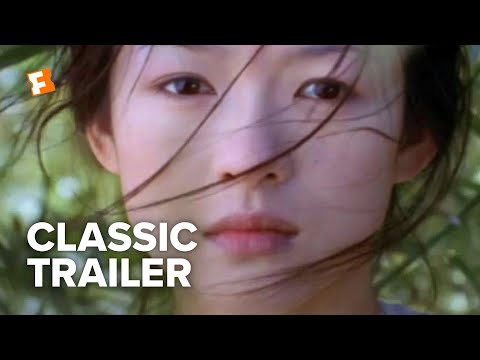 Kung Fu Hustle is one of my favourites.

A number of Japanese movies from the 1950’s, the ones covering contemporary family life (rather than period dramas) by directors such as Ozu, are among my favorites. Quiet films, that express a lot of emotional truth.

But my favorite from that period is a Kurosawa film, an unusual one for him as it is also a quiet contemporary drama, called Ikiru (1952). An old man who is a middle-level city official finds out he is dying of cancer, and as his last act in office manages to get a playground built in a poor neighborhood, even though it is opposed by higher-ups.

So many great choices already posted. A few that haven’t been mentioned yet that I also love:
12 a Russian remake of “12 Angry Men” with a wonderful twist ending.
Life is Beautiful a lovely touching film against the backdrop of the Holocaust.
Red Beard the last collaboration between Akira Kurosawa and Toshiro Mfume.
Amelie a quirky girl finds her place in the world. Great cinematography.
Shaolin Soccer a predecessor to the already mentioned “Kungfu Hustle”.
Das Boot claustrophobic submarine movie. A true classic.
Lady Vengeance the third film in Park Chan-wook’s Revenge Trilogy.
The Devil’s Backbone Early Del Toro film also set in the Spanish Civil War.

The Seven Samurai
Les Diaboliques
I Was Born But . . .
Rififi

Rififi – French crime drama. I don’t know if it’s the very first heist film, but if not, it’s pretty early, and very influential. The highlight is the heist scene itself, which runs for almost half an hour with no dialogue or music and very few sound effects.

Alexander Nevsky – Russian historical drama about the invasion of Novgorod by the Teutonic Knights, and their defeat by Prince Alexander Nevsky. Directed by Sergei Eisenstein, score by Prokofiev, climaxes with a huge battle on a frozen lake.

Come and See – Russian anti-war film, depicting in horrific detail the Nazi invasion of the USSR. Incredibly graphic in its depiction of the horrors of war, and of Nazi atrocities in particular, it’s a harrowing experience to watch, but worth seeing.

The Painted Bird. A brutal film about a boy trying to make his way to friendly lines from eastern Europe during the war.

A quicker list of director’s that you can’t go wrong with by watching any of their films (off the top of my head):

La Cage aux Folles, definitely. Saw it repeatedly and it always made me laugh so hard I hurt.

Pather Panchali is a favorite; it’s the story of a small Bengali village in the 50s. The link above is the wiki, not IMDb; I thought the story of how the film came together was interesting.

I love Ida, a Polish film about a woman in the early 60s who is about to take the vow to become a nun. It’s black and white, and very much slow cinema; I saw it in the theater, and I’m not sure how it would play on a TV with distractions.

M has already been mentioned, and Parasite is an obvious choice that I enjoyed a lot.

Though one of my comfort food films is actually M from the original post - that got me into other Lang films, and I adore Metropolis [both the classic soundtrack and the Moroder soundtrack] and like the Dr Mabuse series.

Thanks! One of my favorite books, and I had no idea it was a turned into a movie. Will look for it.

A Town Called Panic is a wacky French stop-motion cartoon that I thoroughly enjoyed.

I would no more consider Apocalypto a foreign film than I would a Monty Python movie.

I would no more consider Apocalypto a foreign film than I would a Monty Python movie.