The Writer’s strike has dried up my options for short duration (< 60min) entertainment, and with no respite in sight (except for The Wire in a couple of weeks), I’ve decided to treat this as an opportunity to check out the best of the rest.

These are the ground rules

3)any language will do, as long as there are English subtitles if needed

5)no reality TV, no quiz shows…etc, no soaps, only exceptionally good animes
I’m hoping Dopers can suggest a truly global catalogue
Thanks!

You can forget Thai television. It’s unbelievably bad. Anyway, you said no soaps or game shows, and that’s the major portion.

How is Spanish-language television these days? You could probably find stuff out of Mexico.

What sort of thing do you like? I can suggest some anime, but it’s a rather broad spectrum.

Nothing cheesy. One of my college friends was a huge anime fan (occasionally borrowing money from me to buy a newly released DVD - NGE, GitS…etc) and while some of it seemed interesting, lot of it was cheesy. I’d be okay with somewhat mature, intelligent offerings, comparable in treatment to feature-length animes like Paprika, Spirited Away, Metropolis, Grave of the Fireflies…etc although not as sombre as that last one.

Why not UK stuff? We don’t have a writers’ strike!

Having just checked youtube, I was probably thinking of Comedy Inc. It’s certainly a sketch show I was thinking of.

Key: The Metal Idol
Puts Lost to shame when it comes to involved back stories that are slowly revealed.

Nia Under Seven
Calm and relaxed story where not a lot happens, but it feels nice.

The Big O
Similar to the Batman animated series but more grown up.

Cowboy Bebop
Astonishingly good on pretty much all levels

Eat-man '98
Not a bad anime. Falls way short of the comic, but still pretty good.

Nadia: The Legend of Blue Water
20,000 Leagues under the Sea updated and given an amazing ending. (Some sections are rather childish–it’s rather schizophrenic about what age-range it’s targetted for.)

Trigun
Similar to Eat-man (one could almost say a rip-off) but higher quality and a lot more humor. The ending is rather lacking though.

Shadow Skill
Really low quality animation and starts kind of stupid, but gets pretty impressive as it goes on. Then again has sort of a lacking ending…

Note that those are all specifically TV shows. There are various and sundry movies and OVAs (also known as OAVs) that may or may not be terribly good. If you liked Paprika, you should really check out Perfect Blue and Tokyo Godfathers which are both much better than Paprika is.

I, Claudius (UK) takes place in Rome and is great.

bro’Town, a truly wonderful thing to come out of New Zealand. As an Australian, I sometimes find it difficult to get my head around some of the stuff, so for Americans it’ll be even harder, but It. Is. Worth. It.

This is one of the best things I’ve ever seen on TV.

I’m not sure if this counts, but I saw an American football game on the Armed Forces Network’s Europe feed. The usual beer and car commercials were replaced by “commercials” reminding Europe-based personnel about operational security, the Status of Forces Agreements, military family stuff and suicide prevention, among other things. Even though it was an American game, the military stuff really gave it a different feel, similar to watching international TV.

There should be plenty of good Canadian shows. I especially like Canadian cop shows - Blue Murder, I think one was called, and the original Cold Case show.

There should be plenty of good Canadian shows.

I’ve gotta put in a plug for Corner Gas, which is set in small-town Saskatchewan. I’m not sure when it’s on where you are, but I understand it’s being shown outside of Canada, so check your local listings.

I’m personally really into Asian dramas, and know a site or two where you can download them with fansubs, so if you want to tell me what kind of shows you’re into I can give you a list with links.

Brazilians always have great dramas:
O Clone (The Clone) - The eponymous character is Leandro, a clone of a young man (Lucas) whose twin brother, Diogo, has died.
America (stripper-meets-millionaire story)
Fera Ferida (Wounded Beast) - Something about a milionaire (I was learning Portuguese at the time)

There’s a ton of others. Anything after 8pm is quality, before that is shite (including one where guys shot laser beams out of their eyes: Olho no Olho or Eye to Eye)

I’d definitley like to recommend these asian dramas for anyone

I’d also recommend The Games, a mockumentary about the organizing of the Sydney Olympics. It’s one of the funniest shows I’ve ever seen. Good luck finding it anywhere, though.

…Outrageous Fortune is a very Kiwi show, (much like the previously mentioned “Bro Town”) so it may take a bit of getting used to. It follows the lives of Cheryl West and family: and her journey to set her family straight after a long career of crime.

Outrageous Fortune has become one of my favourite programmes on TV: it really pushes the boundries (it contains profanity, sex scenes, and much MUCH depravity), the show makes you laugh, it makes you cry, it has its heroic moments and it has its villans. (Boo Traska!) If you can get past the Kiwi Cultural references and don’t mind the adult nature of the programme, you might like this show. And the soundtrack is fantastic!

Some informational links (All of them contain spoilers for the first few seasons: maybe NSFW depending on your workplace) 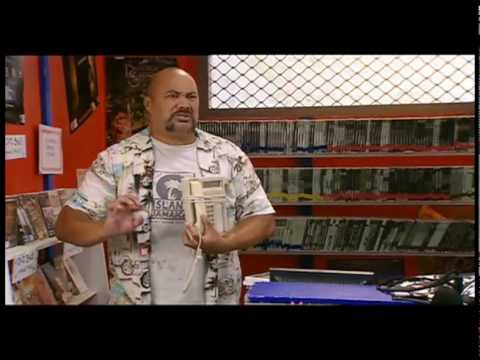