Best of the Beatles: Let It Be

After examining Abbey Road, it’s time for the last studio album released by the Beatles - Let It Be.

Now, this won’t be the last poll in the series, as we’ll have two Past Masters to round up all the singles not on the studios, and finally, the Grand Finale poll.

Let It Be was the Beatles’ last soundtrack album, although the film it was “made” for is now no longer in circulation. I say “made” because the film was not like any of their others, with fictional circumstances - instead, the viewer was a fly on the wall in the making of a Beatles album. Some rather interesting moments were captured on film, such as Harrison leaving the band, ideas of asking Eric Clapton to join as a replacement being floated, and various squabbles - but all traces of Harrison leaving, and almost all evidence of any tension at all were cut out of the final product. The film’s reviews were largely negative, although the music saved it (actually, the music was even better than what the public saw, as many other tracks from Abbey Road were filmed being recorded, but were later removed). The tension-filled cut material is presumably now collecting dust in someone’s attic. The film ended with the famous unannounced rooftop concert.

According to my always-reliable sources (read: Wikipedia), the outtakes were going to be released in 2007, when the filmmakers looked at the cut material and realized that, almost fifty years later, it was still too controversial to give to the public. However, in 2008, “insider sources” (cue gasps) said that the two remaining Beatles, Paul and Ringo, had basically blocked the cut material from being released from fear that it would damage the brand. My, my, the drama . . .

Anyway, fun fact: the song “Let It Be” contains the I-V-vi-IV chord progression, or C-G-Am-F. This is basically the most overused pop progression today - but here’s the twist: “Let It Be” was really the song that revived the progression from its long slumber ever since the cello part of Pachelbel’s Canon in D (also known as “that clique wedding song”) in the mid 1600s. On the one hand, great song; on the other hand, we can pretty much blame 50 years of recycled pop hits on it. It’s a bit of a mixed bag. (Sidenote: for a very educational few minutes, check out the Axis of Evil’s piece on how many pop songs use this chord progression - it contains a few bad words at the very beginning, so mildly NSFW]).

That was way, way too much talking - let’s vote already!

No hip, deep-cut surprises this time (as my choice). The title track is sublime. As Paul said, “This’ll knock you out.”

By far the easiest album from which to pick my favourite: Across The Universe.

“Two Of Us”. The harmonies, the melodies, and the lyrics - I like to think it’s John and Paul singing about their relationship, which both knew was about to end.

I can’t help but pick “Get Back”. I’ll pretty much always pick any Beatles song as a favorite if it’s got raunchy guitars.

Another vote for the title track, though “I’ve Got a Feeling” is a strong personal favorite. I love “Across the Universe” but not the Phil Spectorized version; I prefer the one on Naked or the alternate take on Anthology 2 (perhaps the best unearthed gem on all three sets).

Laibach’s not-really-a-cover of For You Blue that reminds me of Chrono Trigger for some reason… otherwise:

Hmm. Perhaps the last major post-Rubber Soul album that I don’t have, so I can’t vote. (Last time I went out to buy a Beatles album, it was this or Abbey Road; Abbey Road won out, in part on a friend’s comment that if I preferred the more heavily produced albums of the post-Rubber Soul era, I should go with Road.) May have to see if I can give it a listen tomorrow, though.

Racist lyrics (but not really)?

Wow! This morning, I briefly checked the polls to see who was in the lead, and did a spit-take (OK, OK, fine, a metaphorical spit-take). When I made these polls, the one album I was sure was an absolute, 100% percent positive shoe-in was the title track for Let It Be. And . . . it’s not even in the lead. Huh.

Tough choice, but I voted for “Let It Be”, since I’ve always been partial to the album version where you can actually hear the guitar solo.

Tough choice, but I voted for “Let It Be”, since I’ve always been partial to the album version where you can actually hear the guitar solo.

Me too. But I would have preferred less horns. But that was Spector’s fault.

Racist lyrics (but not really)?

Yeah, this one lost me, too. The closest I can figure out is John(? I think it’s John)'s ‘I Dig a Pygmy’ banter before Two of Us…

“You and I have memories longer than the road that stretches out ahead.”–that lyric always crosses my mind when my friend and I head hit the road for vacation. Sort of hopeful about the adventure we’re about to have, but at the same time wistful about good times past.

Yeah, this one lost me, too. The closest I can figure out is John(? I think it’s John)'s ‘I Dig a Pygmy’ banter before Two of Us…

I think thelurkinghorror must be referring to “Get Back,” which started out as a satirical poke at the anti-immigration movement with off-the-cuff lyrics about “don’t dig no Pakistanis taking all the people’s jobs.” 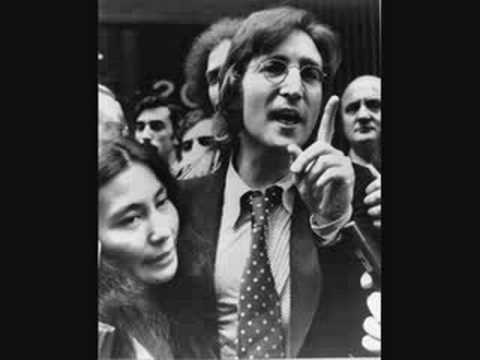 Get Back is the clear winner. I wish the Beatle’s final (released) effort were better though, and “The Long and Winding Road” is easily their worst hit song (Phil Spector did it no favors with his orchestration, but the naked version is only marginally better).

I’ll be honest. My favorite on this album is “I’ve Got A Feeling.” I’m not entirely sure why, but it’s always spoken to me. Of the usual suspects, “Across the Universe” would be my vote, but I went with “I’ve Got a Feeling.” I’ve never quite grasped the popularity of “Let of Be.” It’s obviously a great song judging by people’s reactions to it, but it’s always been too, I dunno, “vanilla” for my tastes. ETA: It may very well be because I was born in the mid-70s and by the time I got into music in the 80s and 90s, I grew up with I-V-iv-IV being such a cliche progression, so it sounds very “vanilla” for that reason. Perhaps if I had encountered “Let It Be” when it was released, I wouldn’t have that musical baggage.

Nah, pulykamell, I think that “Let it Be” really is the type of meaningless pablum wrapped in non-threatening music that the Beatles are rightfully derided for making.

But for me, “Get Back” is the kind of meaningless pablum wrapped in a hip groove that I love them for. When I’m asked what I think is their best song, it’s “Get Back”. Thought is no longer required on this subject, the “favorite song” part of my brain has this down to a reflex.

But I suspect that underneath it all, I don’t like the Rolling Stones or The Beatles that much, and I’m really just the world’s biggest Billy Preston fan.

It’s been too long since I’ve listened to both, but I think I prefer the single version of “Get Back,” as found on Past Masters 2, to the version here on Let It Be, so I went with “Two of Us”: it’s just great to hear John and Paul singing and playing together like that. I may vote for “Get Back” when we get to the Past Masters, but damn! it’s got some stiff competition.