Biden is POTUS, House is Blue, Senate is Red, SCOTUS is 6-2 conservative. What does Biden accomplish?

Title pretty much sums it up.

Biden becomes President, House is in Democratic control, Senate stays in Republican hands, SCOTUS is 6-2 conservative (technically 5-3, Roberts can’t be trusted). What do you think Biden will be able to get done?

Probably about as much as Obama was able to, with McConnell overtly acting as a roadblock. (Translation: not very much.)

Trump did a lot of unilateral very stupid things that even some Republicans (voters and congresscritters) didn’t like, even if Pubs in Congress were too spineless to say so out loud. Biden and congress maybe can reverse some of that shit.

Well, if the Supreme Court is 6-2 or 5-3, I guess the first thing he can do is appoint a Supreme Court Justice to bring the court back up to full strength.

I’m sure Democrats would hope to advance an agenda. Some of their ideas promote fairness and public health and these will progress. More wishful ideas like free tuition will not get too far.

I think a lot of Republicans would prefer some stability and return to promoting those institutions which had served the US well. Volatility does not help the economy. So there will be some cooperation on mundane policies. I think many Republicans are tired of being muted by Trump and a few want to clear the tarnish of their legacy.

Unfortunately, obstruction will remain and intelligent and helpful changes will not clear the senate. However, (1) I think the Dems will win the Senate and (2) if they do not they will still be able to pass some legislation since it will be close. Biden is actually better at making deals than some who profess this expertise ad nauseum.

As for the courts, who can say? I suspect they will change less than many fear, but more than the Democrats will like. I do not feel qualified to talk about court packing but somewhat doubt this will happen.

Some poems rhyme, but this one doesn’t.

Biden would need to take whatever federal actions he can to address coronavirus.

I love that this is framed as “Roberts cannot be trusted.” It is as if the expectation is for Supreme Court justices to be partisan hacks by Republicans and their supporters.

He can reverse a lot of Trump’s executive orders. Expect to see at least one government shutdown over the budget. Otherwise, total stagnation.

Theoretically, I suppose, if it’s just a one or two seat Republican advantage in the Senate then Biden could try to peel off the votes he needs on any particular bill. Honestly, this has been one of the biggest downsides of Congress eliminating line-item spending and other “pork barrel projects” – it had its abuses, but it was a handy way to pick up a vote that you might not have otherwise gotten.

But in today’s political environment, I’m not sure it would even matter. Voting with the other party is a sin regardless of the issue, and you’re opening yourself up to being primaried by a more pure partisan. Even Republicans in purple states who need to appeal to more moderate voters in the general election are trapped, because you won’t be running in the general election if you can’t make it through your primary.

He can reverse a lot of Trump’s executive orders.

Comes now that recent DACA decision by the Supreme Court. As I have understood it, DACA exists by an Executive Order from Obama. And Trump tried to eliminate DACA by another Executive Order.

Am I right so far?

Then the Supreme Court said Trump can’t do that, at least not so easily. This was seen as a MAJOR victory for the Dreamers. But I thought I read, what the Court actually said was that Trump couldn’t just arbitrarily overturn DACA, he had to give some good-enough justification for doing so. So the Court sent it back to Trump to work on some more. And Trump announced his intention to continue working to overturn DACA.

Am I still on the right track?

If so, that seems very worrisome. We’re happy that DACA is saved (for now anyway?). But does this mean that President Biden cannot just go about signing EO’s to overturn Trump’s EO’s? Does he have to give some Court-accepted degree of justification for every noxious Trump EO that he seeks to kill?

Am I missing something here?

ETA: Is this a topic that belongs in a thread unto itself?

I don’t know exactly what the DACA issue was for Trump, but there are some laws such as the Administrative Procedure Act that basically puts some rules to protect against arbitrary executive decisions and changes in policy for federal agencies. Most competent administrations have basically never had issues complying with this. Trump has repeatedly made the mistake of telling everyone his political motives to remove deniability and failing to create the veneer that the right departments were following some kind of procedure that is easier to justify to courts. 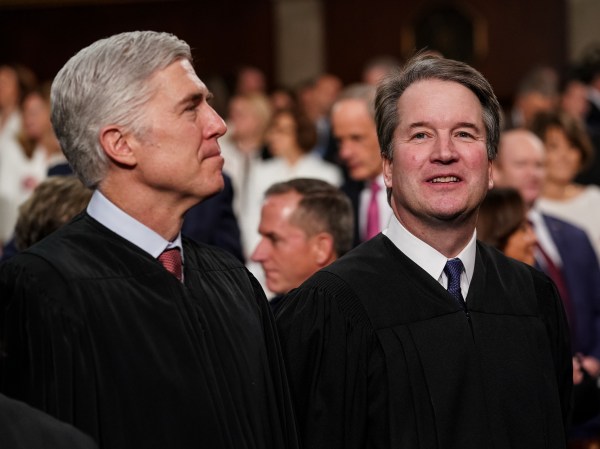 The Supreme Court Might Have Three Swing Justices Now

Roberts may be close to the center, but he’s definitely on the right side of the center.

What do you think Biden will be able to get done?

Restore departments to good functioning order. Trump loaded up governmental agencies and departments across the board with lackies and with people who deliberately wanted to destroy those agencies, and where he couldn’t, left vacancies to render those agencies ineffective (like the state department). The biggest thing Biden can do is purge all of the Trump lackies and saboteurs with the professional civil servants who actually want to do their job and not destroy our government. He’ll have a leg up on this task, because he can probably just re-hire a lot of people who worked in those departments under the Obama administration.

He’ll have a leg up on this task, because he can probably just re-hire a lot of people who worked in those departments under the Obama administration.

I wonder about that, because I would guess that a lot of those people have moved on and found other jobs now.

Also, as a general concept, it can be hard to just put the old people back in place and think you can just restore the status quo ante. See: Mikhail Gorbachev.

I wonder about that, because I would guess that a lot of those people have moved on and found other jobs now.

This is true, and will be a problem, but I suspect a lot of career civil servants are motivated by a desire to serve. They hate what our country has gone through as much as we do, the destruction that has been wrought on their life work. I have to imagine a lot of them will want a chance to right that wrong as best they can.

Assuming Biden wins, after the glow of throwing out Trump has subsided he’s going to find that hiring up will be a lot more complicated than just recycling Obama appointees. As mentioned, many of them will have moved on in their careers.

But more importantly, a lot of progressives had a lot of problems with the Obama Administration. And the party is a lot more progressive than it was just four years ago. They’re going to have a lot of demands regarding who has their hands on the levers of policy. AOC and the House Progressive Caucus are already insisting that Biden not appoint any corporate executives or lobbyists. The demands are unlikely to end there.