Biggest Loser (Controversy on losing too much weight)

CS or IMHO? Or MPSIMS even? 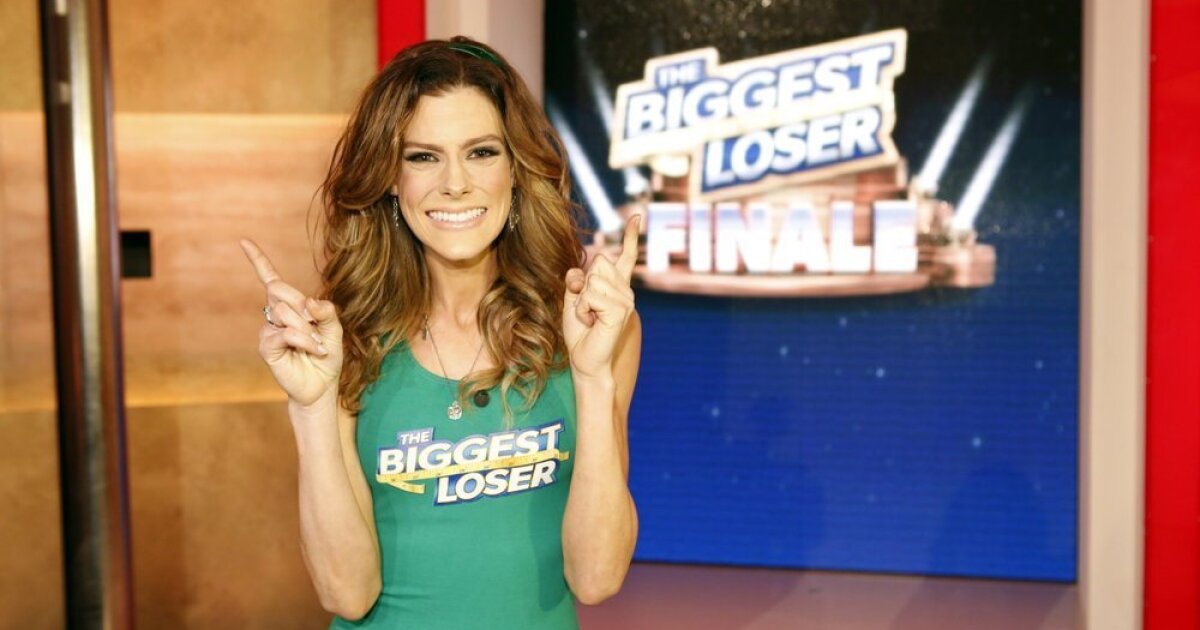 'Biggest Loser': Uproar as winner appears 'too thin' at 105 pounds

Rachel Frederickson, 24, of Los Angeles won the Season 15 title of "The Biggest Loser" and the $250,000 grand prize, but promptly sparked criticism from viewers who say the show went too far by allowing the former competitive swimmer to diet her way... 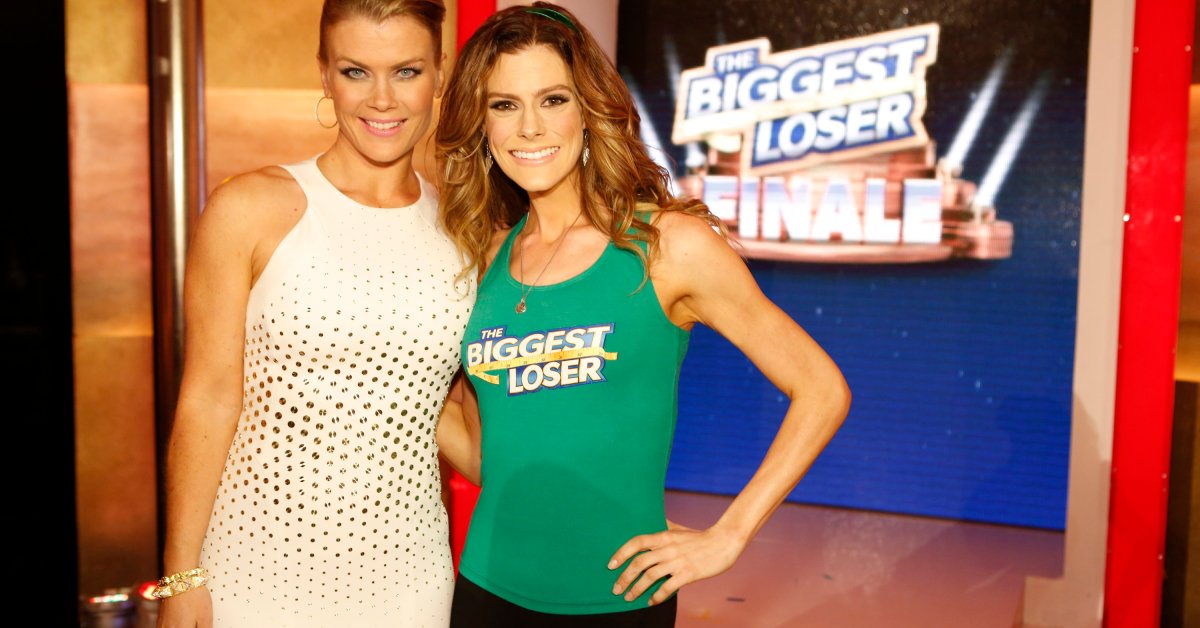 'The Biggest Loser' Goes Too Far

Fans took to social media last night to air their concern about this season's winner, who looks unhealthily thin

So Rachel Frederickson started at 260lbs and ended up at 105, losing 60% of her body weight. She’s 5’4 so 105lbs is extremely light. In fact, her BMI is 18, and “underweight” is classified at 18.5. To me she looks super-thin but not emaciated or any other extreme adjectives people are tossing around. I think most of the outrage is in the amount lost than the actual end result. How say you?

She does look like a person with an eating disorder, to me. Extremely thin.

I think most of the outrage is in the amount lost than the actual end result. How say you?

I disagree entirely with this. I have been reading a lot of blogs, media articles, and discussions about Rachel’s weight loss, and every single one of them has focused on the way she looks, her lack of muscle tone, and her apparent physical weakness. If they have mentioned the number of pounds lost, it has been in passing only. I don’t follow the show, and have not taken a position on whether she lost too much weight, but the clear consensus among the outraged is that she looks terrible, not that the specific amount of weight she lost was too much.

From an article you linked: “Many tweeted that Fredrickson looked anorexic and unhealthy, while others congratulated her for dropping 155 pounds.”

She does look like a person with an eating disorder, to me. Extremely thin.

However, it seems to me that the whole Biggest Loser show promotes unhealthy behavior. I’ve read articles about how the contestants exercise unhealthy amounts of time, often get injuries, dehydrate themselves or do other drastic measures before weigh-in times to be their lowest. Then of course many of them gain a lot of their weight back after the show. I’ve heard around half of the contestants gain most or all of their weight back.

All of their behavior of course makes sense for a game show where they have the chance to win a lot of money. I would dehydrate myself and exercise too much and do other things if it helped me win $250K. The problem is if The Biggest Loser doesn’t just present itself as a gameshow, but if it instead presents itself as good examples on how to lose weight and be healthy.

Frederickson was smart to get that thin, I don’t think she would have won if she didn’t. She started at 260 lbs so I think numerically it would make it harder for her to win rather than people who started at 300 or 400 pounds. I don’t know if Frederickson is healthy or not now. I hope she is regularly seeing some doctors, since I think that amount of weight loss fairly quickly can maybe cause issues. If she is too skinny, then hopefully she can work with doctors on a plan and gain 5 or 10 pounds or however much to get to a healthy point. But she wasn’t at all stupid or crazy to get down to the weight that she did.

Most of the contestants do gain back the weight, so she’s probably going to be okay. Really, at the speed these guys lose, it’s not all that healthy anyways.

I would say probably yes. For a significant portion of overweight people IMHO, the path to obesity is lined with a lifetime of poor choices regarding diet and exercise coupled with medical issues; many of these are learned behaviors from parents, etc… These kind of lifestyle habits are incredibly hard to break.

Someone who has been healthy (she was an Olympic athlete, right?), and then basically went on a pizza bender after a bad breakup is going to be in a better position to keep weight off… not the least of which is because exercising regularly is probably already a part of her lifestyle.

18 Percent body fat is pretty low for a woman. Women will start losing their period around 16 percent, right? At a certain point, you need fat to cushion and protect organs.

She looks thin and fit to me. Her legs aren’t sticks and have good muscle and tone. She looks just like any number of female triathletes that I hang out with on a regular basis.

I will say that her face does look a bit off though. It may be a combination of pre-final weigh in dehydration, and the fact that she’ll have some loose skin left over from being so obese.

I hope she keeps the weight off, I think she looks good and applaud her.

I don’t watch the show (well I channel-surfed onto it a couple times and didn’t like it) because I can’t stand the yelling and pressure tactics that the trainers use. But that’s me.

At the end of the day it’s a GAME SHOW where you win if you lose the most weight. Hell, I weigh 105 lbs and if someone offered me the chance at $250,000 to lose some I’d be all CHA-CHING. In this culture we are bombarded with “lose weight now!” by the media - even on the articles I read about Rachel’s “unhealthy” appearance there were ads for weight loss programs.

Before the weigh-in, a lot of contestants won’t eat or drink for awhile. I’m guessing once she adds a pound or three of water weight, she’ll look less mummy-esque.

I’ve caught a few episodes. I gather much of the dehydration issue stems from all the crying that happens.

In the penultimate episode, Rachel looked amazing – so this came together exactly the way I expected it would. She would lose a ludicrous amount of weight, cruise to the title and get her payday.

Now with a cool quarter-mil in the bank, she can now put 25 pounds back on and look terrific. I full expect that when she makes an appearance next season, she’ll look very good.

I say this 20-something young woman looks fit and healthy at 105.

It’s a weight loss contest with a cash prize. Anyone who thinks ‘health’ has anything to do with it is fooling themselves. She put in months of hard work and won a lot of money, good for her.

I’m almost the exact same height/weight, but we don’t look very similar. Losing vast amounts of weight as fast and violently as they do on that show is extremely hard on the body, not to mention they weigh in like boxers, dehydrated and hungry. I’m sure she’ll be looking and feeling much better in a few months, regardless of what she weighs in pounds.

I would say probably no. I gained a lot of weight (comfort eating) after I was dumped by my fiancé when I was 19 (1972). I’ve been losing and gaining ever since. I know I’m only one person (anecdotes =/= etc etc) but I think the speed with which she’s lost the weight is worrying and does not augur well for future healthy eating.

She looks over-tanned, leathery, and with poorly applied makeup. But otherwise just looks like a very fit athlete to me.

She looks slightly thin to me. Her joints and face look bony. If she put on 10 pounds she’d look fantastic. She looks much better now than at 260.